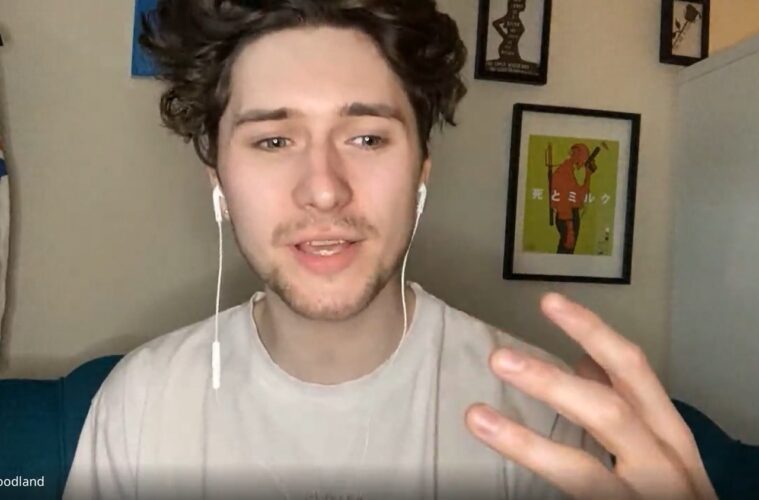 We LOVE this simile.

Choose the task that feels more relevant to you:

TASK 1: Does the bug imagery feel relevant to any of your texts? Perhaps you’re studying John Donne’s ‘The Flea’. How do Lucas Woodland’s thoughts help to develop your ideas in relation to those bugs or similar creatures?

Here are some thoughts you might find interesting if you’re studying ‘The Picture Of Dorian Gray’.

Chapter 1: “A grasshopper began to chirrup by the wall…”

“In Greek mythology, Tithonus was a handsome mortal who fell in love with Eos, the goddess of the dawn. Eos realised that her beloved Tithonus was destined to age and die. She begged Zeus to grant her lover immortal life. Zeus was a jealous god, prone to acts of deception in order to seduce beautiful gods and mortals, and he was not pleased with Eos’s infatuation with a rival. In a classic Devil’s Bargain, he granted Eos’s wish — literally. He made Tithonus immortal, but did not grant him eternal youth.” As Tithonus aged, he became increasingly debilitated and demented, eventually driving Eos to distraction with his constant babbling. In despair, she turned Tithonus into a grasshopper. In Greek mythology, the grasshopper is immortal. (In a close cultural parallel, the Chinese believed that locusts live forever.) This myth also explains why grasshoppers chirrup ceaselessly, like demented old men. (Chris Lawson)

Chapter 1: “…a long thin dragon-fly floated past on its brown gauze wings.”

“Dragonflies are brightly colored insects known for their vibrant colors and flying abilities. They’ve often been the subject of myths and legends, and have been a part of our stories and art for as long as humans have been around. The dragonfly molts several times throughout its life, and each time it starts a new chapter of its life. Dragonflies are a common symbol for change and accepting new beginnings and new opportunities. Dragonflies spend most of their lives as nymphs below the water’s surface, and only exist as the beautiful dragonfly that we know and love for around six months maximum. Because the dragonfly is only in its final form for a few months, they’re a symbol of living in the moment and taking advantage of the short time given. As I mentioned above, the dragonfly as we know and love is actually the creature’s last stage of its life. As such, the dragonfly is a symbol of growth, maturity, and wisdom that one would achieve after living fully and gaining life experience.” (Carrie Cabral)

TASK 2: Think about all the texts you’re studying. which similes are your favourites and why?

Send us your ideas and we will include the best of them on this page!

Just as we are all a million different ideas at on

Because everything we need to know is right there

These are the songs that are going to help you ana

Because the summer is made for listening to pop mu

Here's me trying to say it in pictures. Complete a

It's the summer holidays - the perfect time to pic