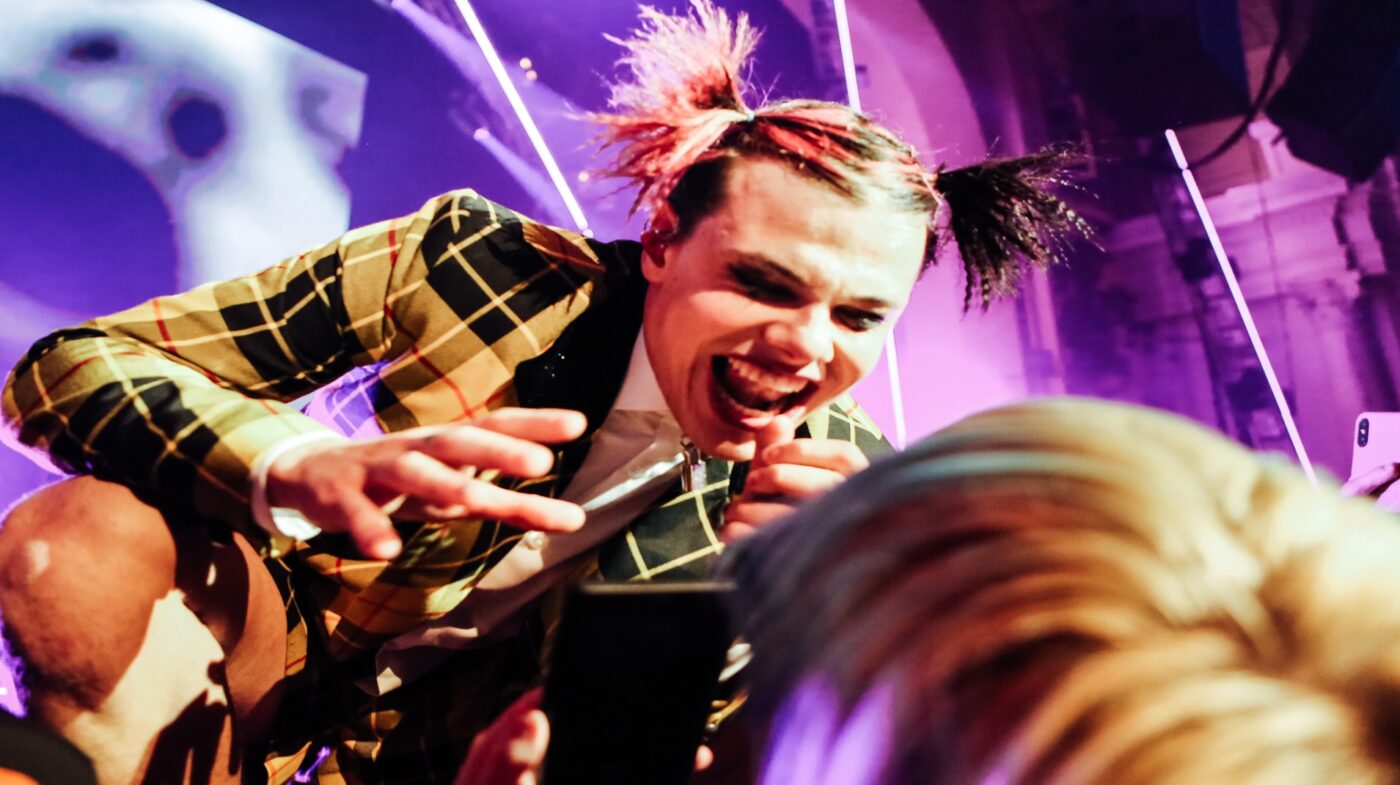 YUNGBLUD really is the Shakespeare of our generation. Deepen your understanding of ‘Sonnet 116’ by exploring the lyrics to ‘Weird!’ – one of the best songs of 2020 x

Here’s a playlist to listen to while you’re working!

Explore the significance of love in Shakespeare’s ‘Sonnet 116’ and YUNGBLUD’s ‘Weird!’

The fact that Shakespeare and YUNGBLUD were born more than 400 years apart only makes their shared message regarding love more significant. Both writers celebrate the importance of love and its ability to transcend all other entities and experiences – and the fact that YUNGBLUD is promoting the ideals formed by Shakespeare so long ago only goes to underline the truth in the bard’s assertions that real love cannot be shaken.

Love is clearly significant to YUNGBLUD and Shakespeare. So much so that the idea of it dominates the thinking of both writers. YUNGBLUD says, ‘I can’t sleep at this time / I got Jesus on my mind.’ The singer notes in interviews that ‘Jesus’ doesn’t actually mean ‘Jesus’ – he’s simply trying to articulate how he’s kept awake by all kinds of different ideas that won’t let him rest. One moment it might be religion, the next it might be the state of the nation. As the lyrics progress, it’s evident that love is one of those ideas that revolves repeatedly around his brain. Shakespeare is fixated on love too. The repetition of that word ‘love’ throughout ‘Sonnet 116’ poem is evidence enough of that. Both writers are keen to emphasise the truth in their assertions about love. YUNGBLUD writes that: ‘I can’t lie,’ while Shakespeare concludes that if anyone can prove him wrong – if anyone can prove that love is NOT as significant as he suggests – then he will write his whole existence off as an illusion.

Love is more significant than anything else for both YUNGBLUD and Shakespeare. Real love will not bend ‘with the remover’ – regardless of the outside influences and whether or not the ‘worth’ of a person is clear to all, love will not alter or be erased. If you realise the people around you are ‘self-serving’, writes YUNGBLUD, if they ‘leave when you are sinking,’ then these people never really loved you in the first place. The ‘sinking’ metaphor is an interesting one. The idea that someone could stand on the shore of your life and watch you drown is inconceivable. Any person with love in their heart would throw themselves into the water after you – or at least a rope for you to hold onto. Standing on that shore with love in your heart, YUNGBLUD suggests, you won’t waste time weighing up a person’s ‘worth’ or thinking about the ‘mistakes’ they made.

Love’s absolute significance is confirmed by Shakespeare’s description of it as ‘an ever-fixed mark’ and ‘a star to every wand’ring bark.’ Its permanence alone offers it value. Love is core to our understanding of the world the way the North Star was so crucial to those sailors in their barks (boats) during the sixteenth and seventeenth centuries. Without love, we would be lost, in the same way those sailors would be lost without the star. YUNGBLUD draws similar parallels. As a citizen of the Twenty-First Century, he is travelling by train rather than boat, but still it’s love that has the power to make that journey possible and fulfilling. The image of, ‘Sharing earphones on the bus,’ is a powerful one. He will reach his destination if his lover’s at his side.

Love is strong enough and significant enough to survive even the worst situations. Death may come with ‘rosy lips and cheeks’ and with ‘bending sickle’, and yet love will survive. Physical death will not destroy real love. YUNGBLUD echoes the same idea. He accepts that, ‘One day I’ll cry / See my mum and father die,’ but recognises also that his love for his parents will survive unscathed whatever the scenario. ‘The sun will shine tomorrow,’ he says. The sun is a reliable ‘mark’ just like Shakespeare’s star. That constant nature of love is especially significant given the writers’ different contexts. It’s typical for artists to explore the idea that the human race is on the verge of disaster. Shakespeare writes about ‘doom’ while YUNGBLUD acknowledges that, ‘We’re in a weird time of life.’ Readers in 2020 know exactly what he means – the Western world is in the hands of the terrifying Trump and life has been fractured to a previously unimaginable degree by the coronavirus. That both ‘Weird!’ and ‘Sonnet 116’ remain committed to the idea that love can triumph speaks volumes for its significance. YUNGBLUD’s use of imperatives emphasises his belief in the necessity – and therefore power – of love. ‘Hold my hand,’ he says, and we are expected to understand the significance of such a seemingly simple action. Even in the face of great danger, love will facilitate our survival.

Both Shakespeare and YUNGBLUD highlight the significance of love in order to inspire their audiences. In dark times, we need to recognise the relationship between love and hope, love and goodness, love and possibility. In ‘Sonnet 116’ and ‘Weird!’, both writers detail the stormy weather we will face, but both remind us that while the storms will pass, the love in our lives will remain unscathed.

Want to write an A-Level Literature essay? Listen to some Taylor Swift and have fun doing it x