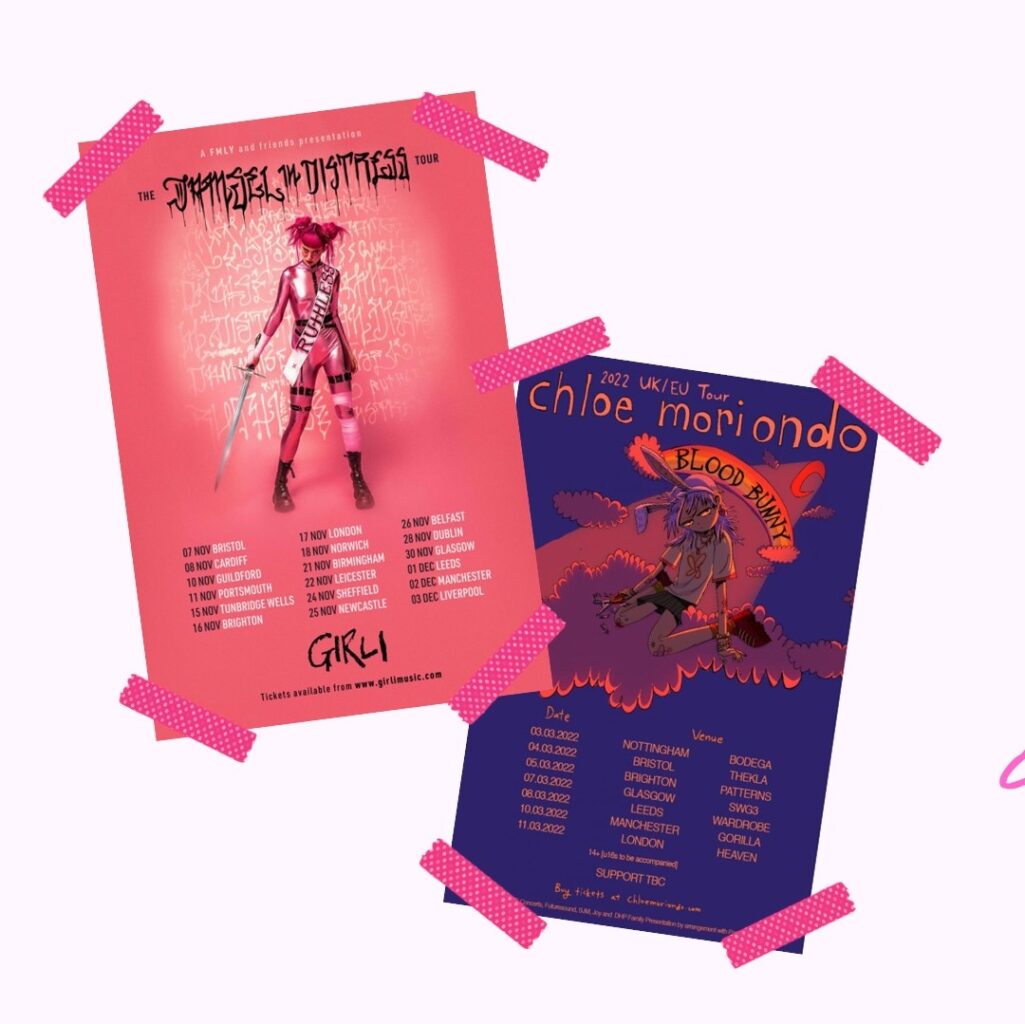 Catch up with chapter 1: video and chapter 2: video or read the story so far in one go: text

Make sure to come back soon for chapter 4 x

‘NO U IN FTRE’ takes us inside the lives of pop sensation Bright Star, despondent songwriter Cynthia and piano-playing Ayley. Bright Star is locked in her manager’s office, Cynthia is locked in a friend’s basement and Ayley is locked in her bedroom – all three characters struggle with their mental health, the grown-up men who try to control them and an education system that never gave them a chance. The haters stalking them on social media don’t help much either. It’s these shared struggles that will ultimately lead the three girls to the very same place at the very same time.

Stripped of makeup, I don’t look the way I’m meant to. I keep my head down, put my hood up and my hands into my pockets. I melt into the crowd. My crowd. I know Khan will be looking for me by now. Lara too. I’m surprised neither of them ever thought of installing some kind of tracking device under my skin. Maybe they decided that would be taking things too far. Like ‘too far’ wasn’t a town we passed so long ago.

Not that I’ve got time to think about the past. Not tonight. I’ve got to focus on the present. I can feel the electricity in the air. I need to channel it. I have to make this happen. I can’t worry about what Khan will do to me if this goes wrong.

I’m not scared of him.

Well, not as much as I used to be at least.

I’m shoved to the side by a group of over-excited girls. Individually, they’re almost as small as me, but together they’re a pack. They’re on the hunt. For me. Or maybe for the person they think is me. I guess I’ll find out.

The stage looks enormous from here. The dance squad will be stretching, getting hyped, making sure they’re in the zone. Behind my over-sized sunglasses, I half-close my eyes. I let myself sink into the music that’s pumping out of the arena speakers. I drop one shoulder, then the other. Then again. And again. No one bumps me now. I slip through the hordes of boys and girls – mostly girls – waiting for me to take to the stage.

No one knows I’m me. It feels so weird to be out here in the real world. I’m actually vibrating. I think of going to the bar, buying a drink and propping myself at the back of the venue. What would happen? How long would it be before the show got cancelled? How would they explain my absence?

That’s not my plan, though. What I’ve got in mind is bigger than simply not turning up. That would be the lazy way out. And they can say what they want about me – they always have – but I’m definitely not lazy. I clench my fists and feel the callouses on my fingers. I wouldn’t have those if I hadn’t worked so hard to teach myself the guitar. And my creature feet, they’d be normal if it wasn’t for all the non-stop dancing. Being the person everyone wants me to be on stage takes a lot of effort. Being the person I want to be at all other times takes even more.

I should get back before Khan kills somebody. I don’t want a dead hair stylist on my conscience. Or another assistant developing a twitch.

What I want, though, isn’t always what I get.

Right now, the hair stylists and assistants are going to have to look after themselves. I’m taking care of myself. And the thousands of girls that look up to me.

I take a deep breath and head towards the stage.

Thank you so much to Kristen Key for the beautiful soundtrack.

Thank you to all artists for your amazing illustrations.

If we have not credited you, we really want to!! Please email: jc@soundofpen.com