bEn: hOw dAvE mEt HiS Ex 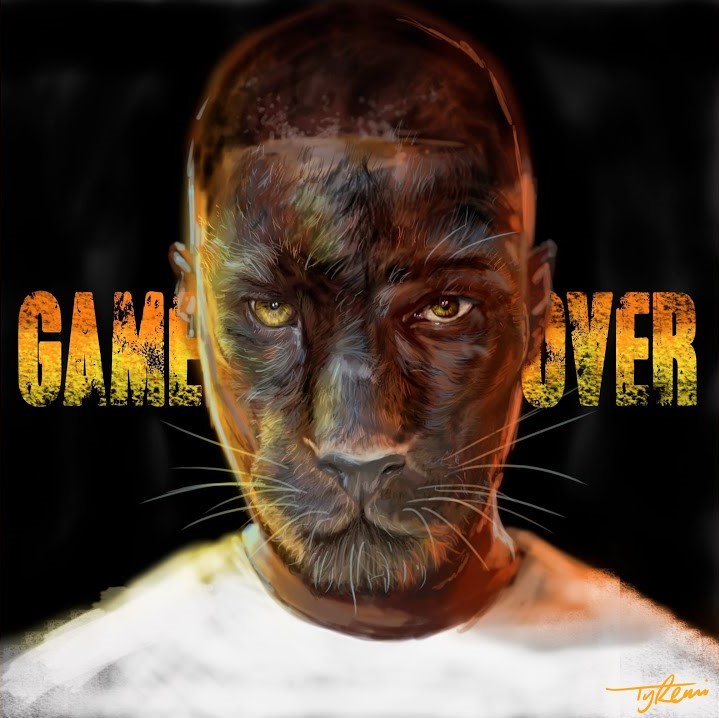 Ben is one of the original Sound of Pen student crew. As passionate about music as he is about English, his thoughts on Dave’s ‘love’ songs are both insightful and inspired.

It’s worth noting too, that many of Ben’s ideas will feel relevant to the relationships at the heart of your A-level (and GCSE) texts. And his final message about male stereotypes – well – that’s relevant to ALL OF US x

How Dave Met His Ex

David Orobosa Omoregie, most commonly known as ‘Dave’ is a British-born, Nigerian phenomenon famed for his socially conscious lyricism and wordplay. Eloquent and articulate, he’s an artist who makes you pause, consider, re-examine and say ‘wow’. It’s no wonder his fans often refer to him as “the black Shakespeare”. With his current trajectory, who’s to say Dave won’t reach that level of fame , especially in this social media obsessed generation.

As an artist (and an individual) Dave is multifaceted. In 2019 , he simultaneously spearheaded the production and writing of the infamous ‘Top Boy’ soundtrack whilst taking up a surprise acting role – one which he took to with aplomb. Furthermore, Dave’s discography is versatile. His biggest hit – ‘Location’ is considered as hip-hop , but he rose to stardom through his drill type rapping.

In addition to this , Dave has provided his listeners with more articulate, heartfelt music , tending to be five minutes or longer as opposed to the typical three minute mark of his more commercial songs. A rapper by nature, in these longer songs Dave morphs into a detailed storyteller. Songs that fall into this category are , namely : ‘My 19th Birthday’ , ‘Lesley’ , ‘In the Fire’ , ‘Both Sides Of A Smile’ , ‘Heart Attack’ and ‘How I Met My Ex’. The latter, found on his 2017 EP ‘Game Over’, is the focus of this essay…

So, how did Dave meet his ex? How did their love blossom? Why did it ultimately fail? And – in typical A-level English style – how is love presented?

Dave, with gripping detail, describes the excitement, lust, passion and support he found within his past relationship. He contrasts this, ultimately, with a cynical, depressing end to the romance. His vast descriptions seem incredibly relevant to the majority of 2021 relationships, intertwined with social media and work life. In only the fourth line of the song , Dave states “I really love her from my heart.” Here, the artist is keen to make the listener understand that no matter what follows in the rest of the song and relationship, he will always “love her”.

The positioning of this statement is key too as, when recalling his ‘story’, his first thought is his unconditional love for his ex-lover. This implies the long lasting impression she has left on our speaker. Throughout the rest of the first stanza, with persistent use of enjambment, the artist explains how he first meets the girl, at a “private show” in “Shoreditch or Soho.” This enjambment is indicative of Dave’s excitement to describe his companion, and the vast amounts of feelings he felt towards her. From first glance , he was entranced, but his typical masculine pride served as an obstacle. He questions, “Why didn’t I just message her? … I’m a self-centred rapper too concerned about my image.” This self-criticism highlights how his lifestyle and profession was a barrier to love. However, luckily for him , the “special” girl messaged first.

Following this, the speaker couldn’t hide his delight. This is shown through the unmissable repetition of “excited” at the end of the stanza. For someone who is of such high social regard, to be this excited over one singular girl , it is absolutely indicative of his instantaneous love for her. There is no doubt of the significance she holds in his heart. Following the opening, Dave elects to write in a form of poetry that possesses no refined structure, without recognisable stanzas. In exploring this use of ‘free verse’, it can be inferred that our infatuated speaker is entranced in his tale. Dave describes how messaging this girl is “the highlight of my[his] day”, before alerting the listener to the fact that he “ain’t even met her yet”. The rapper is so enraptured by this lady, yet he hasn’t even seen her in the flesh. Not a typical literature love story but a very relatable, 21st century set of proceedings.

Eventually, Dave met her, interestingly, after a show. This is another reference to how prevalent working matters were in this relationship. It is safe to say that the encounter was an incredibly successful one. An amalgamation of lust and connection on a more personal level. Our speaker describes how he: “had to rearrange my dick so she don’t see that I’m erect”. As well as feeling like a “creep.” However, as the night drew to a close, it wasn’t the lust that was prominent, but the connection they shared on a human level. ”We could speak about anything,” claims the speaker, suggesting a supreme level of comfort, even after such a short amount of time spent together. The collective pronoun “we” indicates this was not only what the rapper was feeling but a mutual emotional agreement.

Following this magical evening, the pair spent “months” in awe of one another. Dave states: “really we were into it… Into us,into this… Into everything about each other we were lovers.” Here the rapper is intent on describing to the listener how infatuated the pair “really… were”. The reiteration of “into” is prominent. It really feels like the speaker is desperate for the listener to understand. At first glance, Dave appears to just want to solidify how “into” it they were, but the rushed repetition is suggestive of argument. Dave seems to be justifying the positive side to their relationship, maybe in contrast to turmoil.

Potentially, this passage is foreshadowing future problems for the couple. Of course being someone who he can “speak to about anything”, the speaker describes his partner, saying “she knows me… And that’s probably why she told me you ain’t ready for a girl… You’re still a little kid that’s getting ready for the world.” This is a stark contrast to the thrills of the relationship that listeners have been exposed to so far. Cracks have certainly started to show in the relationship. The choice of childhood imagery – “girl”, “child” is indicative of the playful, exciting nature of their love.

However, just as childhood is, this shared love is, evidently, not everlasting. It has already been established, the importance and ultimate detriment of working life within the song. The predicament resurfaces once more during a rough period for the “lovers”. His “lady” is a keen, talented photographer and at first this was incredibly attractive to the speaker. She “is a girl with talent…drive, ambition” after all. However, this once positive trait was becoming an obstacle for the pair. Dave describes how, when working on a photo shoot for: “some halfway wannabe rappers,” she was deceived. “They ain’t paying male photographers to shoot that same session,” proclaims an angry Dave.

Ultimately, it was experiences like this that caused the rapper to build up severe insecurity. Simply put, he found himself at a point where he “couldn’t control his emotions.’’ Eventually, due to his emotional disarray, the rapper started questioning his own sanity – “And I don’t mean to say this like I don’t trust the girl… But how can I trust her if I don’t trust myself?”

Earner of, and idol to, millions, yet demoralised by a young photographer to the point of questioning one’s sanity, it is clear, even during the deterioration of their romance, his lover meant more than anything to the rapping superstar. Dave depicts the conclusion of their relationship using a rhyming couplet – “boy’s got a brave face so you’ll never know…That it hurts just as much when you let them go.” Once again, the rapper is referred to as a child, suggestive of the youthful, temporary love found within this song.

However, there is additional significance to the choice of the word “boy’s.” Although literally, referring to himself, the expression could also be interpreted, simply, as ‘boys’ – “boys got a brave face so you’ll never know”. This is representative of an ongoing struggle for many ‘boys’ with mental health issues in modern day society. Dave harnesses the hypermasculine term “brave face” to highlight the actions of many young men in today’s society – hiding their struggle. If they hide their problems, everyone else will “never know.”

I suppose, this song in itself is a tool for letting us as listeners “know” about Dave’s romantic and personal struggles. Despite the fact he was the one who “let go” of the relationship, the rapper argues it hurts “just as much”. This is significant, as it shows despite being in a typically powerful position following the relationship, he is still in emotional pain. Dave’s transparency in addressing his feelings serves as inspiration for many of the “boys” listening, encouraging them to be more open when it comes to such ‘tricky’ topics.

In conclusion, and without wanting to descend too deep into cliché, love is presented as a rollercoaster of mixed emotions. From the “excitement” to the “shame”, the “love” to the “hurt”, Dave depicts, with certain eloquence, the lustful, passionate and loving nature of his ultimately failed romance with his “lover”. He does so in a manner which is chillingly current and frighteningly relevant to the majority of today’s romantic relationships, sadly culminating in a cynical, depressing ending. However, we mustn’t forget, despite the dispersion, love remains. Dave really does “love her” from his “heart.”

Now, look at Sound of Pen’s songs of the year and have another go at finetuning your analytical skills.

Or check out more of the mind-blowing work created by our Sound of Pen Gen.