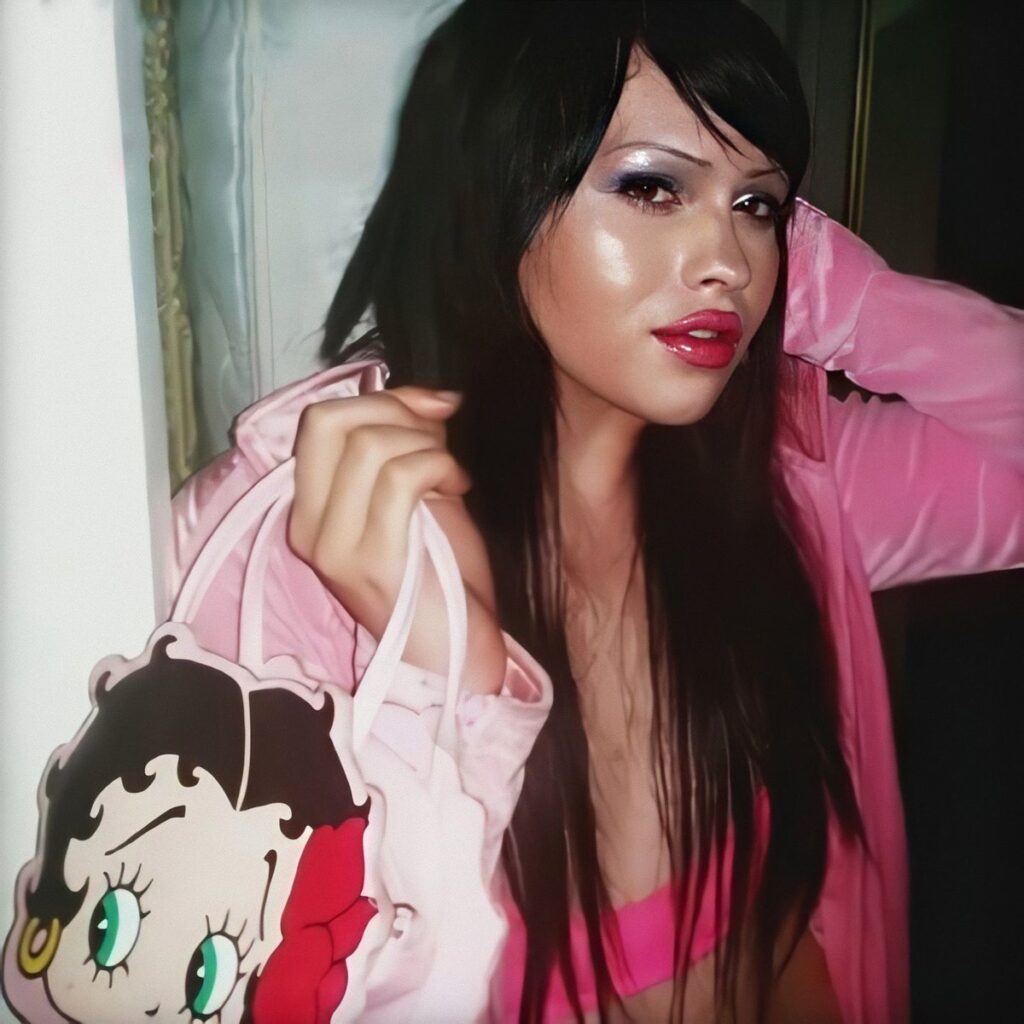 It’s impossible to pile all the music we LOVE at Sound of Pen into one genre. And yet there IS a thread that joins all our favourite music together. It’s something to do with the intent of it – the way it feels as if it says something about what it’s like to be US in 2020.

This Christmas, the Sound of Pen gang went home with one thought in mind – to chart some of the songs that have soundtracked this strange year. Here is Bella’s list of her favourite artists EVER. Some of it you’ll know, some of it you won’t. Check out the music that you’re less familiar with RIGHT NOW. You’ll be glad you did! Start with this amaaaaazing playlist x

What does it mean for a band to be one of my ‘top artists’? Does it mean how many of their songs I know word for word? How excited I get over their songs? How long I’ve been listening to them or whether the artists were a formative part of my life? This was so difficult – not because of the wide range of choice, but because I wasn’t entirely sure what constituted a ‘top artist.’ I normally listen to random songs, so it was quite hard for me to come up with this and some of this is actually just my music producer boyfriend’s taste of music which I have been forced to listen to (until I actually decided that I really enjoyed it!) Please enjoy this mess of a list – which includes my ‘top 10’ artists (for now), their best album and my three favourite songs from each of them.

Definitely my favourite band ever. A defining force of both my childhood and the self-proclaimed era I’m in now. Versatile, different, and animated (literally) – each one of the fictional members has such personality and energy, and their insane backstories and crazy dispositions seem completely real. What I love so much about this band is that, whatever mood I’m in, whatever phase I’m going through, there is always a song in their repertoire to satisfy my needs. Whatever they do, they do it differently, which is Damon Albarn’s absolute genius. Always with a host of super-famous or just purely talented collaborators, Gorillaz really are my favourite band of all time.

A brilliant producer, songwriter and performer, the leader of BTS has proved time and time again just how talented he is and how hard-hitting his work is. Yet again a very versatile artist – but I have to say I prefer his earlier rap adventures. You can hear the pain of youth, love and (what he perceived to be at that time) unachievable dreams in his voice and it creates a relatable and heart-breaking ambience. Even though I don’t listen to him much now, I certainly have a soft spot for him, having watched him grow into the fame and mature so well. Every time I’ve seen him in concert he never fails to disappoint. I would give anything for a conversation with this brilliant man.

Songs: Intro: What am I to you, Ddaeng, Outro: Tear

Rina was the first person I ever saw in concert and at the time it was the most people she had played to – at The Garage in Highbury, to a crowd of 500. Now, she tours the US and has been slowly inching her way into the mainstream. Her music is brilliant. Emotionally charged, her songs are a brilliant mix of 90’s pop, 2000’s alternative and full of readily accepted LGBT anthems (much like Cherry – which, not to brag, but I was in the crowd when she played that for the first time ever to anyone else but her band!!). Her music addresses many aspects of her life – her struggles with cultural identity being a central focus that I found myself relating to. Rina as a person is lovely – her London accent and infectious smile are also some of the reasons why I am so attached to her.

I like calling this band my little secret – I’ve been listening to the duo since 2016 and I’ve watched their style grow and evolve. Rosa Walton and Jenny Hollingworth have been best friends since they were four – and their experimental and synth-infused alternative pop tunes definitely show a deep creative understanding between the two girls. Haunting and beautiful, their songwriting is infused with storytelling and an avant-garde feel. I’d kill to see the girls live.

Songs: Donnie Darko, Sax in the City, Falling Into Me

Every single one of Tyler’s songs is a down and out banger. High energy, unapologetically problematic and yet musically brilliant, Tyler is one of the artists that I will never stop listening to. His earlier albums are far angrier, infused with obscenities and also contribute to the reasons he was, albeit temporarily, banned from England (which I find hilarious) but don’t be fooled – his latest two albums ‘Flower Boy’ and ‘IGOR’ are pure musical genius. There is no consistency to his songs – you must only expect pure energy and surprises. A cultural phenomenon, a brilliant pianist and a hilarious character, Tyler is certainly one to follow.

Hello I’m halfway through writing this and I’ve realised I’m writing this like both a product description and a weird music review… It really does look like I’m trying to sell the bands like they’re funky new scarves or something. Anyways, I will continue…

A relatively new addition to my library, The Lemon Twigs (Brian and Michael D’Addario, vocalists, songwriters, multi-instrumentalist geniuses) have completely taken me by storm. They’ve managed to hold the magic of 70’s soft rock, musical theatre, and an endearing yet entirely awkward sense of pure cool together with their funky guitar string strumming, drumstick holding fingers. One of their albums (Go To School) is a musical about a chimpanzee raised as a human boy who really isn’t having a good time at school. If that doesn’t persuade you to take a listen, I have no idea what will.

Songs: These Words, Small Victories, No One Holds You (Closer Than The One You Haven’t Met)

I first started listening to MCR when I was around 12-years-old, and my obsession with their music became a formative part of my personality – in secret, of course. I know every single song word for word even now. It’s pure guts and blood and tears and dynamite and in my rebellious stage of teenage angst, where I just HAD to stand out from the crowd, MCR was my ultimate comfort band. I saw them as friends, people who understood my overwhelming confusion at the world as a very young girl who was forced to grow up too fast. I just had to put them on this list – I would be a completely different person without them.

Heartbreakingly emotional, dissonant, relatable and raw, Mitski is such a witch when it comes to pain. She manages to capture every single feeling you could possibly think of within her songs, from reckless mania (Cop Car) to loneliness (Nobody) to the fear of having to come back home after you’ve grown up and left to guiltily stay with a mother who you share a broken relationship with (Class of 2013 – listen to the live version – it’s absolutely heart-breaking.) I have no idea how she does it, but Mitski is pure genius, and always manages to make her audience feel exactly what she does when they listen to her songs.

Album: Be The Cowboy

Songs: Geyser, Once More to See you, Your Best American Girl

He’s a multi-instrumentalist, multi-Grammy-award-winning, composing, producing singing machine; he’s a prodigy and arguably the most talented musician that there has ever been. Most of his songs (no, all of them) have amazing vocal harmonies stacked up to the max and these brilliant little music theory nuggets of EXTREME SOPHISTICATION that my tiny grade two piano brain does not understand. His music ranges from emotional and beautiful to the funkiest, most danceable beats. All you need to know about this brilliant young man can be found in any video of him playing live … because he plays everything on his own. I seriously doubt there is an instrument that he cannot play.

Songs: Count The People, All I Need, Moon River

God, my music taste is an absolute rollercoaster. Anyways. She’s hot, she’s nasty and she absolutely knows it. Ayesha Erotica is what I listen to whenever I need to let off steam, boost my self-esteem, or just whenever I need an energy boost. Ayesha’s music is so fast-paced, and the lyrics serve as a punch to the face of any Straight White Homophobic Male in every line – whilst boosting the girlies, the gays and the theys. I adore Ayesha – it’s like I’m being dragged back into the late 2000’s myspace era and it’s absolutely addictive.

Album: Ayesha only has a few eps and singles out – after getting horrendously trolled by transphobic haters, she removed most of her music, and is only really starting to reupload it to streaming sites now. The following can be found on either Spotify or Apple Music.

Amy Winehouse: Seriously the best voice of all time and I miss her every day.

Stevie Nicks: Seriously I don’t need to explain this one.

Azealia Banks: Problematic as all hell but, God, her songs are good.

The Beatles: Honestly only on the list because their bloopers when recording their songs are so, so funny.

BROCKHAMPTON: Another one that I refuse to put in the top 10 because they’re probelmatic but their songs are SO good.

DEAN: Musical wizard with an enchanting voice. The Frank Ocean of the Korean music scene.

And I must stop there otherwise this will continue on forever and ever and ever… my music taste is like the wind. (Horribly overused simile don’t pay attention to it). It comes and it goes and it changes tone ever so fast. I hope you enjoyed this wacky list that I slowly gave up being sophisticated about on as it got later and later. I believe that writing in the non academical sense should be easy to read and informal.. definitely.. this isn’t just me rambling at an ungodly hour because I became WAY too overinvolved with the impossible task of finding my Top 10… noo.

Now it’s your turn to explore the Sound of Pen top 50 and improve your vocabulary at the same time! Make sure to send us your own list.