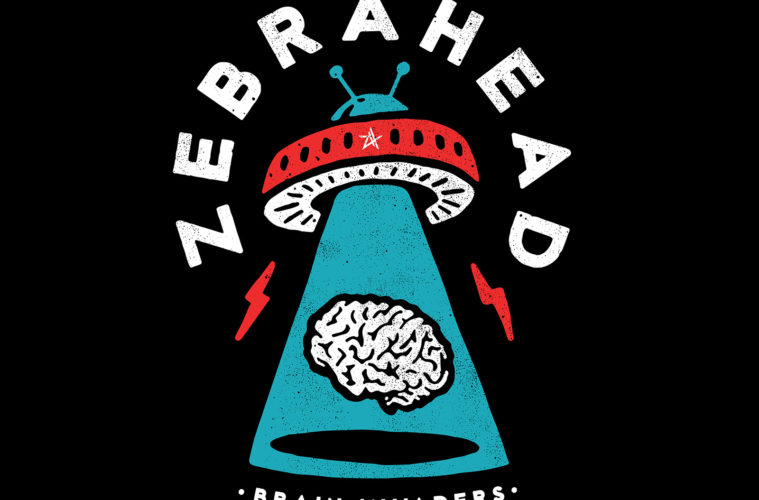 Many will tell you that Zebrahead have been around before the beginning of time itself. And while these ska-punk philosophers may not be completely correct, these rock veterans have undoubtedly played their part in shaping the music scene as we know it today. Whether it’s Walk The Plank’s signature bravado, or looking back to 2003’s MFZB for timeless ska punk spirit, every piece of work Zebrahead releases will always have something for everybody. And now it’s time for their newest album, Brain Invaders, to take over your life.

There’s nothing wrong with being predictable if it’s predictably supreme – our beloved Zebrahead are no exception to this rule as I Won’t Let You Down sees Ali Tabatabaee spitting bars fiery enough to come with a burn warning, while siren-like guitars lay down the urgent atmosphere before delivering a chorus juicy enough to quench your ska-punk thirst.

Touchingly named single All My Friends Are Nobodies sends bass gushing out at a cutthroat pace, with guitars and vocals sprinting to keep up. Spilling a surprisingly pleasant message about supporting others while still boasting the band’s care-free disposition, it fits in perfectly with We’re Not Alright’s knack for making lamentations and insecurities sound victorious.

You Don’t Know Anything About Me almost chokes on its own enthusiasm as dominating brass instruments mean only one thing: it’s time to dust off your best two-tone outfit and get your skank on. Following suit, Chasing The Sun is the album’s ska sensation, reminding us that just because it’s all on the off beat it doesn’t mean they’ve missed the mark. Teasing drums and bulky riffs are stitched together with enough summery vibes to cast away any winter blues, all without losing its jagged edge.

Better Living Through Chemistry merges ska-punk elements with video-game style synth and a wavy pre-chorus promising to relax anyone with the good fortune to hear it. Apparently, when the boys wrote Bullet On The Brain they clearly had bass on theirs as its formidable presence is out-shadowed only by the track’s equally imposing breakdown.

In fact, the only moment that could pass as being ‘quiet’ is aptly named Take A Deep Breath (And Go Fuck Yourself). Reminding us of the OC gang’s more sombre side, it’s the curveball we didn’t know we needed as bleeding vocals and strutting beats replace shouted verses and rap-rock choruses.

While 13 may be an unlucky number for some, Zebrahead’s thirteenth studio album proves that the scary one-three is sometimes more of a blessing than a curse.

Brain Invaders is out Friday via MFZB Records.