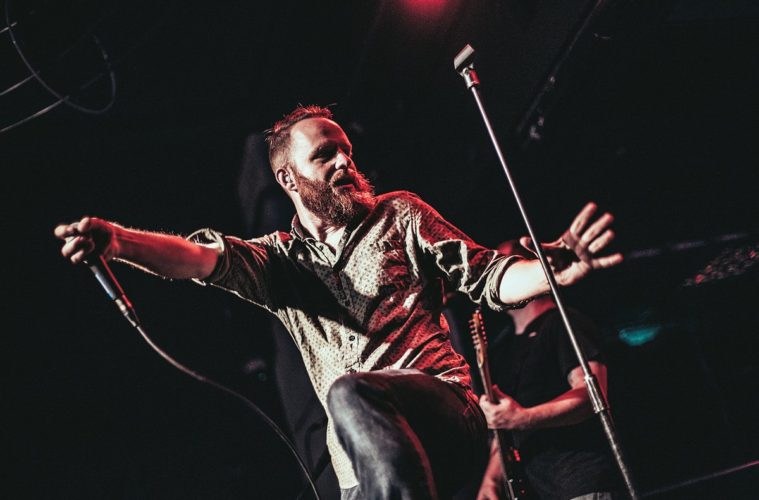 The Wonder Years: The Hippodrome, Kingston

I’m not exactly experienced with concerts, but then again, is anyone? You can never predict exactly what each gig is gonna be like: the crowd, a story behind each member, an experience behind each face; the band, their repertoire changing with every new venue they play, battered by loving fans and their own personal battles; every new concert is a new battleground, a story, a night to remember.

The Wonder Years are no different.

Kingston is settling down for the evening. The line isn’t exactly crowded, and the streets are near empty as the early summer sun sets on the iconic scene for alt music that is Kingston Upon Thames.

Inside the Hippodrome, you can feel the anticipation nipping at the ankles of the civilians, milling around, casual drinks slipping into people’s hands. Smoke starts to filter in through the ceiling, setting the scene as lights dim and the bars begin to clear.

First up – The Dirty Nil, all the way from Canada, and possibly more excited for this gig than anyone in the room. The trio is greeted by a few, enthusiastic fans, who gladly engage in light conversation across the room, the band indulging them with a few of their favourite songs. I have to say, I fell pretty hard for this band as soon as they started playing. The enthusiasm and joy they seem to get – the kick – from playing music runs through the room like waves, and you can feel the tension growing in the air.

Muncie Girls are up soon after their encore, taking advantage of the liberal stronghold they seem to have found themselves in and throwing out songs on topics varying from overcrowding in British prisons and rape culture in the modern world, stunning the crowd with heavy tones and heavy subject matter.

There’s a short interval in which two things happen. Number one, there’s a small surge of people trying to find a good spot in the pit, reshuffling and rearranging themselves like a pack of cards, and it’s obvious that the strongest fans have made it to the front. Secondly, a sort of wall of fans standing in the foyer of the main standing area forms, laden with drinks and eyes glinting in the lowlight of the Hippodrome. Sure, they’re blocked by speakers and a half wall, but one thing’s obvious, and it’s that people will do what they must to be as close as possible to this band.

The crowd spins as Local Man Ruins Everything hits the air, snapping to attention, adrenaline resurfacing, kickstarting a roll of nothing less than energetic music, of course tainted by the undertone of benign sadness that haunts all of The Wonder Years’ songs. The setlist continues in similar suit, throwing out heart-wrenching and yet still invigorating songs to the crowd.

The band hits a wall, the emotion in the air thick, as the sorrowful voice of Cigarettes and Saints rings through the walls, and there are fans dotted around who you can tell are singing for their lives, as if these songs are what their lives were made for.

The band continues in its strongly rhythmed style, dominating the desperate cries of the crowd (but only just). The next real change is when Coffee Eyes begins, and the pit grows by tenfold. The beat crashes in waves amongst the congregation, arms raising and hearts beating for the life force of the music. This seeps into a personal favourite, The Devil in My Bloodstream, and the last few songs of the night are the most crowd-heavy. Everyone joins in with Passing Through A Screen Door, and at least 90% of the room sheds a tear during I Just Want To Sell Out My Funeral.

The crowd has grown weary, and yet still begging for more, the sound like oxygen. But, alas, The Wonder Years have to be on a flight in mere hours, and the night can never go on forever. Came Out Swinging, a classic among fans, ends the night, dousing the population with one last shot of bittersweet adrenaline. The stage is doused in black, and it takes a moment for people to collect themselves.

We step outside, take a deep breath, and fall head over heels for The Wonder Years.