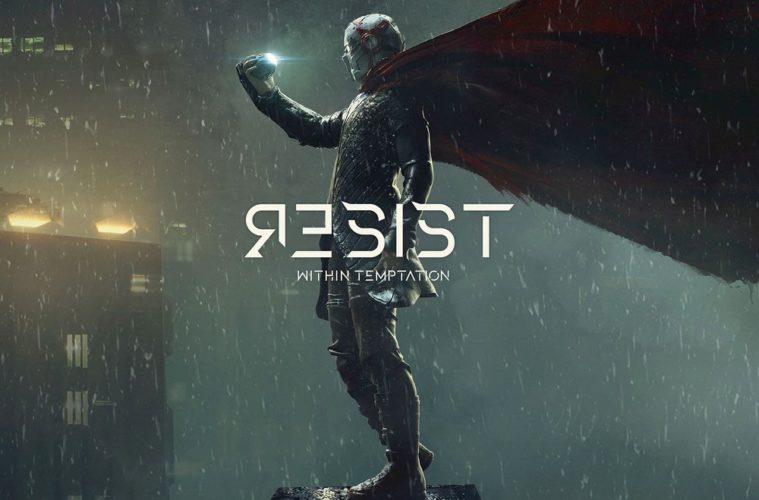 Are we in heaven? Unbelievably, no. That’s just the angelic sound of the beautiful harmony created between Sharon Den Adel’s voice and the dynamic instrumental tracks beautifully layered to evoke what can only be described as true enlightenment.  It’s an easy mistake to make though – Resist is as expertly crafted as a rich blend of tea or some fine artisan cheese.

It’s all well and good knowing that Resist sounds good, but what actually is it? Well, Resist is a story. Surprisingly enough, it’s a story about resisting things, which may sound simple – but today when people all too often feel like they have something they need to resist (like the government), a story like this is well-needed and Within Temptation have provided that and so much more.

The legendary Dutch metallers progressively make you feel more and more angry throughout the album. It’s not them personally, it’s just what they’re saying. They make you angry about society, about conformity, and about a lack of freedom in life. Not only that, but they make you want to do something about it. Like how Raise The Banner feels like a call to start a protest, or how Mad World takes that a step further to make you want to take your friends with you to that protest. To be fair, it’s usually easier to challenge the social hierarchy in large groups so it’s probably a bit easier if you do bring some mates along for the ride anyway.

There’s another side to this album as well though. A really inspirational side. Honestly, Trophy Hunter embodies the entire spirit of Resist. It shows you that all of those urges and desires created by the previous songs are actually possible. Do you want to protest against the government? Do it. Do you want to have more freedom? Go and get it. Forget all of those pesky social expectations and just go and do what makes you happy or what makes you free.

If there’s anything to gain from this album, it’s a persistent urge to start an armed uprising against the government, or if that’s not your cup of tea then maybe it’s just motivation to get out of bed. Either way, this is guaranteed to energise you and motivate you better than any energy drink ever could and give you the spirit to take your life back.

Resist is out 1st February via Spinefarm Records.