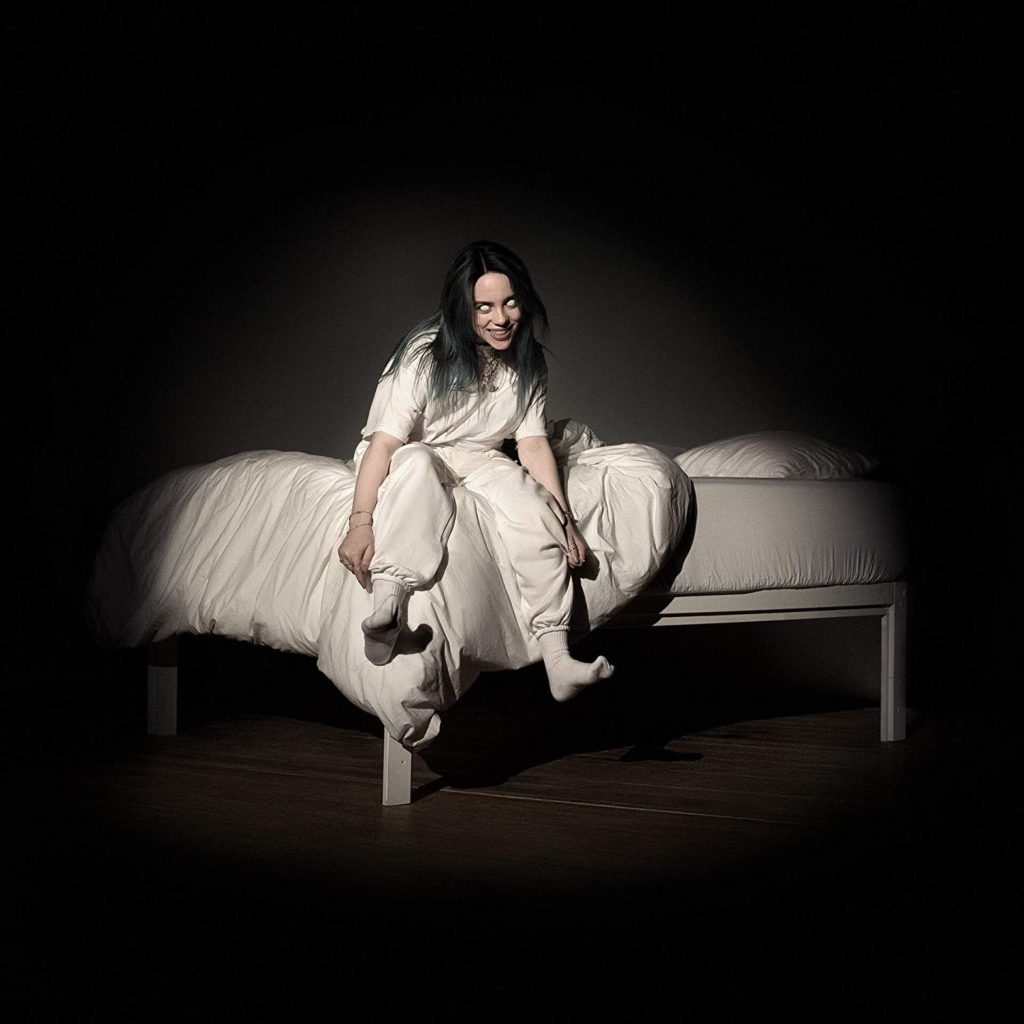 Billie Eilish: When We All Fall Asleep, Where Do We Go? (Interscope)

To hear Billie Eilish’s album is to fall into the pages of a fairytale. Walk around with it playing on your headphones and you’ll feel as if you’ve stepped into a parallel universe. Which is weird because part of what makes When We Fall Asleep… so drop-dead gorgeous is how real it is. But that’s the magic of Eilish. She changes the world, yet somehow too makes it more crystal clear. Which means listening to her music must be like taking drugs. Without having to take drugs. So, that’s a good deal, right? And one that makes sense if you see Eilish as representative of a generation that doesn’t just want to keep itself healthy, but also the world too. Not that there are any songs here that tell you to brush your teeth or put your litter in the bin. We love Eilish because she knows we’re not stupid. And she makes us feel that we’re just like her. Which we might be. Only minus the dreamy mid-Twentieth Century vocal. And the fashion sense that makes her look like she just got jumped by some paintballers. And the don’t-give-a-shit attitude that means she opens her album by talking about her braces, then – in August – uses her inhaler on stage at Reading Festival in front of the biggest mid-afternoon crowd ever. And the… well, you get the point. Eilish is cool and she makes us hopeful that in some odd way we are too. That perhaps we’re worth something. That maybe the impossible really is possible. Fairytale or not, that’s pretty special.