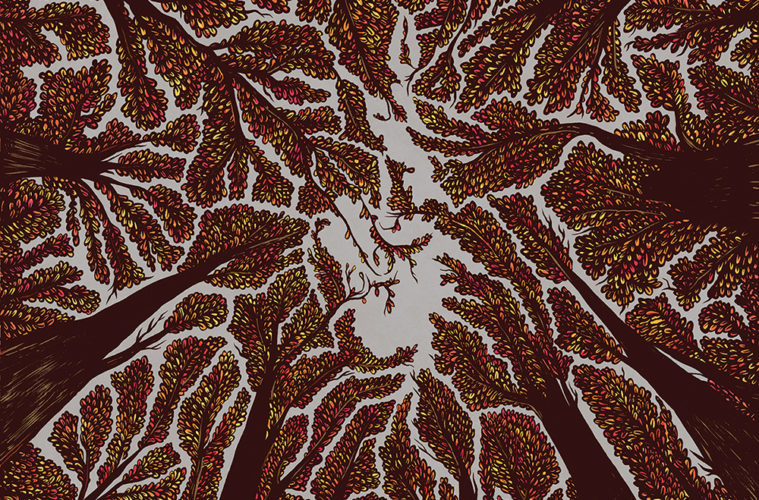 It’s been fairly well-documented that the second album can be a serious stumbling block for a band – trying to break out of a mould defined by previous material or trying to rise above a scene which has carried you so far, but doesn’t define you – it can be hard to shift perceptions, and the audience may not always want you to move on…

However, the mould that Trash Boat have cut since their inception in 2015 hasn’t been your typical one; a band from St Albans pedalling hard, emotive punk, underpinned and elevated by earnest, raw lyrics and melody aren’t your usual fare against the backdrop of resurgent punk-pop and hardcore scenes. More honest and emotive than most punk-pop bands, but less angry and self-righteous than much of the hardcore world, they stand apart in a rising tide of modern rock music. Not that there isn’t a place for them – punk and hardcore are intertwined to the point of symbiosis – but the combination of earnestness and West Coast feel, along with an angular vocal style, differentiates Trash Boat from the wealth of quite good hardcore and punk-pop bands doing the rounds.

As you start listening to the band’s latest offering, Crown Shyness, you can instantly sense there is a shift going on. Years of touring on bills with melodic hardcore bands have crept into the band’s musical consciousness, and the growing worry is that the album is going to be an effort to break away from their punk roots and into a world occupied by bands like Stick To Your Guns and A Day To Remember, leaving behind the elements that made Trash Boat unique.

But fear not, it doesn’t take long for this feeling to subside. And what’s more, with every track it becomes clearer that the band’s ability to stand out from the crowd isn’t just down to being on the punk end of the scale, but rather it is in their ability to craft music that is both familiar and different at the same time. Crown Shyness is brimming with big choruses (Shade, Old Soul, Don’t Open Your Eyes), raw passion (Controlled Burn, Nothing New) and emotion that pulls hard at the core of you – Tobi Duncan seems to have an ability to talk plainly to self-doubt and the human condition in a way that few people are capable of conceiving, let alone conveying competently; ‘Autumn comes to cut me down to size, it becomes beautiful to die,’ on the eponymous Crown Shyness, is a standout poetic moment in an album full of characteristic bold honesty.

What’s more, there is no bravado; no attempted conceptual awakening, no seven-minute tracks that meander through overblown breakdowns; eight of the ten tracks are less than four minutes long. The songs come hard and fast, do something you didn’t expect them to, then move swiftly along – leaving you waiting with bated breath to see what comes next. Each of the ten songs has a mark of its own, from Old Soul which puts the band on par with the likes of Moose Blood for emotive, melodic punk rock to Nothing New which has shades of Linkin Park at their most aggressive, to Controlled Burn which jags about like a rollercoaster evoking the kind of scattered-yet-coherent creative genius that Billy Talent made their own. As a whole, Crown Shyness is instant and refreshing, which is too rarely the case, and means that once you finish the record you’ll just hit play again… and again… and again.

And just in case you’re getting nostalgic, there are still plenty of moments that are reassuringly grounded in the Trash Boat of old; punk sensibility is woven throughout the record and is most evident on Silence. But in truth, this record owes as much to the likes of Thrice, Thursday and Underoath as it does to punk-pop bastions like NOFX and The Offspring.

Whilst the title, Crown Shyness, speaks to the lyrical themes of the record, shy the record is not. It is full of seismic hooks, laid-bare lyricism and unexpected turns, all of which give you the sense that Trash Boat aren’t just trying to cosy up to the melodic hardcore scene, they’re coming for its crown.

Crown Shyness is out Friday 20th July on Hopeless Records.