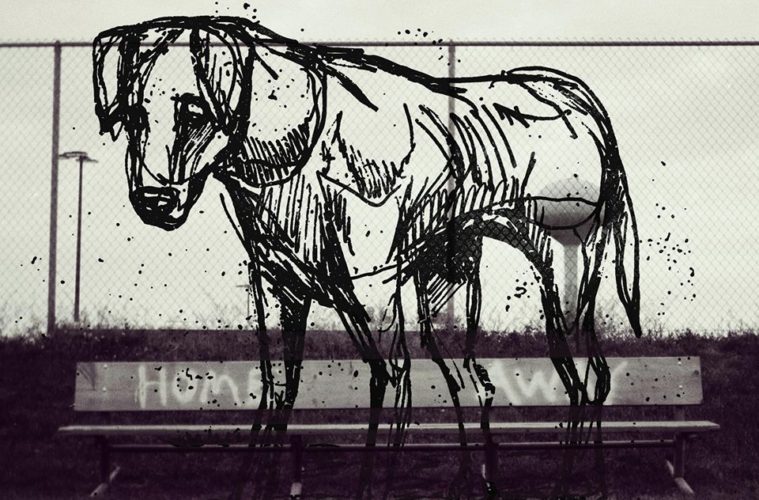 Been wondering what pop-punk’s been up to lately? Yeah? Stop reading then. Don’t worry – you’re still on Sound of Pen, and this is a review of The Wonder Years. The thing is, confining their new album Sister Cities to the constraints of pop-punk is, frankly, a bit insulting. Telling the story of a constant battle between abrasive, aggressive anthems and soft, soothing serenades, it goes beyond what is expected of pop-punk. It redefines the limits of pop-punk. It transcends pop-punk.

But enough of that – time to let the songs do the talking. Raining in Kyoto’s churning guitars and thundering drums roll out into a stormy chorus and hopelessly violent bridge. Making you want to find an appropriately grimy window to stare blankly out of on a rainy day, it’s the epitome of darkness. Don’t pick yourself up off the floor just yet, though, because Pyramids of Salt’s trembling beginning is sure to knock you straight back down. Featuring drums as heavy as your heartbeat and tragically emotional vocals, few songs can parallel its raw beauty. Deep breaths, everyone.

And from then on, that’s how the battle goes. Fighting back for the heavyweights is Heaven’s Gate (Sad and Sober), and it’s armed with epic chords fit for an action movie. There’s nothing watered-down about Soupy’s vocals: The Wonder Years want to be heard, and they’re screaming at the top of their lungs. But equally captivating is the urgent lullaby Flowers Where Your Face Should be, with its stripped-down melody grasping your attention and again knocking the breath out of you.

Before you get too relaxed, The Ghosts of Right Now throws the next punch, conjuring up a screaming chorus built into an impenetrable fortress of sound. It’s everything you’d expect from The Wonder Years, and yet it’s everything you never dared to dream of. Teaming up with The Orange Grove’s belt-along chorus of nostalgia and that dazzler of a title track, it seems as though nothing can overpower the importance of having a good old shout.

But don’t throw the towel in just yet – the BIG NOISE may have won this round, but it may not win the tournament. Fighting the lightweight’s corner, the reliable plod of We Look Like Lightning as good as guarantees a one-hit knockout before the poetic hush of When The Blue Finally Came falls, choking you of everything you have left.

And, so, the truth becomes clear: it doesn’t matter if a song’s loud or quiet, aggressive or timid, striking or soothing; in the world of The Wonder Years, they will all be equally as powerful. And nothing drives that message home quite like final track The Ocean Grew Hands To Hold Me. The stalemate is finally over, with the opposing teams joining forces to deliver the record’s crushing conclusion. Like the rest of the record, it’s chillingly beautiful.

Sister Cities is out tomorrow via Hopeless Records.