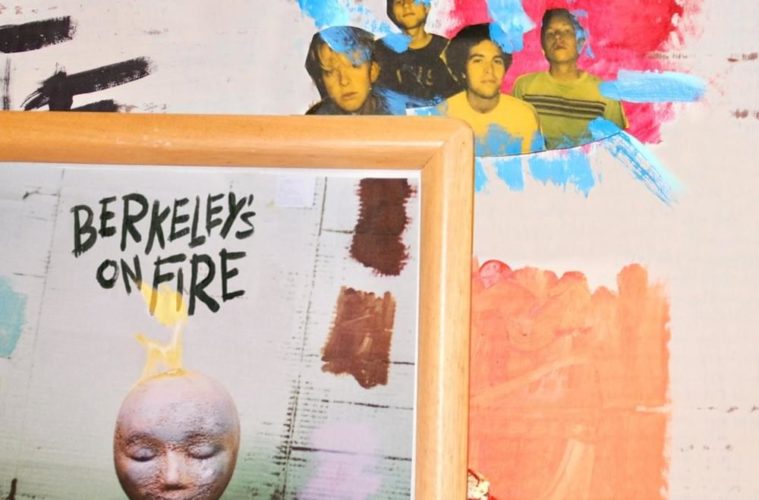 SWMRS have had us on tenterhooks waiting for Berkeley’s On Fire since the release of the title track way back last summer. Well, the full record couldn’t have come at a better time – it might only be February, but we’re in for a heatwave that must SURELY be the result of SWMRS dropping an album that seems like it must have been written for hanging out in the sun.

Berkeley’s On Fire is simultaneously retro and cutting-edge – Lose Lose Lose’s funky bassline and shimmering drumbeat have an air of British 90s grunge, and the distinctly 2000s vibe that runs throughout the album still drags you back into the present day to remind you that ‘2019 is a f***ing disaster’. The nostalgia of BOF comes through in softer tracks like IKEA Date (a wholesome, youthful ode to a past relationship), and serves as an escape from the harshness of growing up, as well as a reminder of its inevitability.

The Cali four-piece have certainly done a lot of musical growing up since debut album Drive North. Berkeley’s On Fire doesn’t feel like the next logical step, it feels like they’ve jumped ahead by about five steps – but they make it work. The whole record is irresistibly funky; it’s full of discordant riffs clashing with basslines before suddenly pulling back in the other direction with sunny melodies and immediate good vibes – Too Much Coffee, Trashbag Baby, and Lonely Ghosts all exhibit the infectious guitar lines that are a staple of BOF.

That’s not to say the SWMRS we’re familiar with aren’t still in there though! Hellboy is one of the most Drive North-like tracks, complete with its rocky, punky sound, unrelenting guitar and spitting vocals. Album closer Steve Got Robbed stamps all over Bad Allergies, even though the previous track feels like it should be rounding off BOF with its content, bluesy peacefulness. It’s a good stamping though – a last-minute swagger through brash, confident vocals and an instrumental that’s intently driven yet consciously held-back.

SWMRS are back in the UK for a run of shows in March, and we’re certainly hyped to see how the new selection of tracks translates live. Every song on Berkeley’s On Fire is packed with energy and the potential to be a positive riot on the stage, and we’re going to have the album on loop until we get the chance to fully throw ourselves into it.

Berkeley’s On Fire is out now via Fueled By Ramen.