Stick To Your Guns – The Incredible Journey 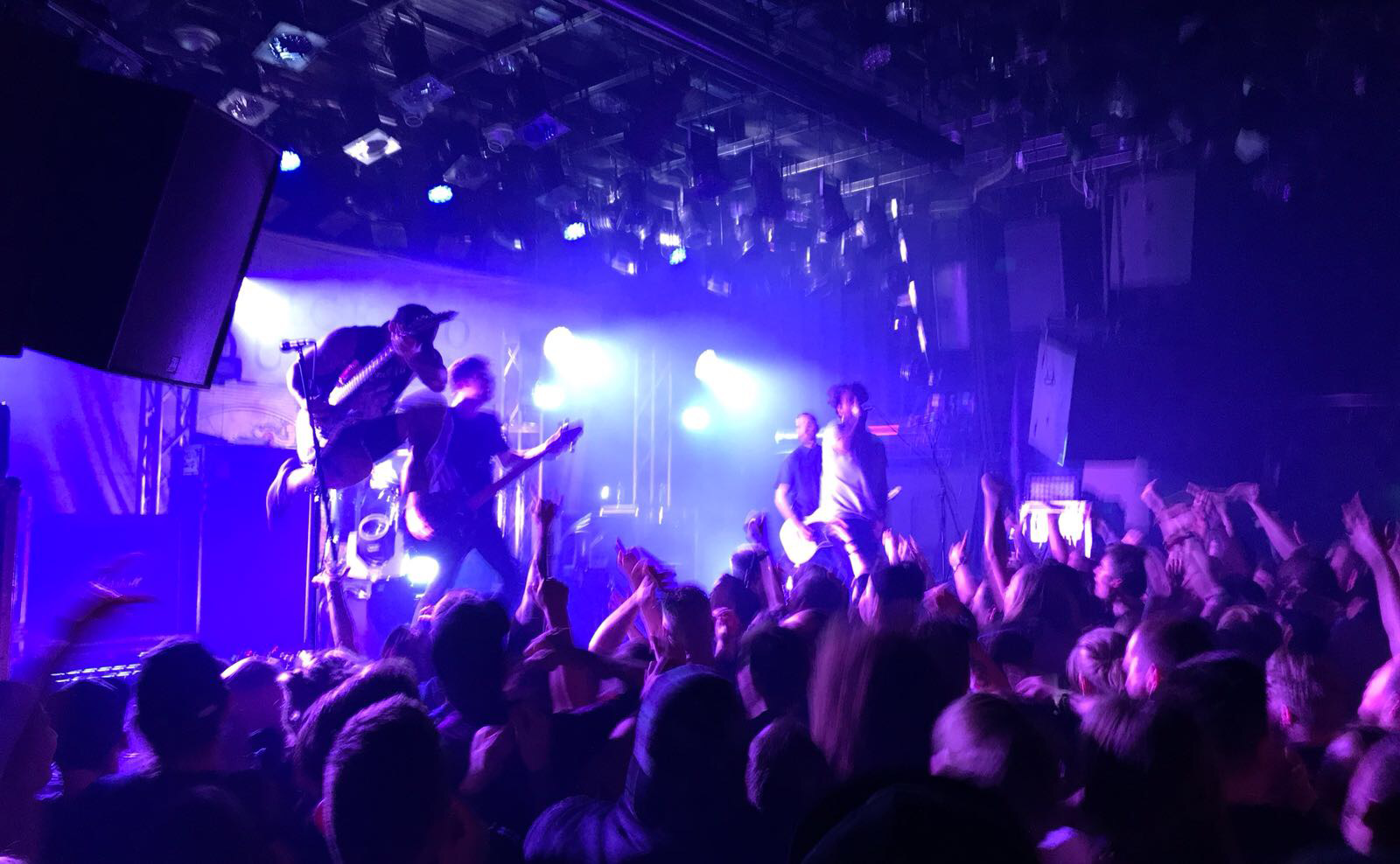 Anyone who wants to be a writer could do a lot worse than listen to Stick To Your Guns’ beautifully-structured sixth album, True View.

I’ve gone to hell and back,” howls Jesse Barnett at the start of opener 3 Feet From Peace, “searching for answers that do not exist.” So far, so dark. “I tore everything apart,” he continues, “needing a reason for feeling like this – it left me with nothing but this hole in my chest.” And here’s where things get really interesting: “So I looked inside to see what I’d find; the true journey begins…”

In starting their record much like a children’s book (albeit a pretty terrifying children’s book), STYG set us up for an adventure of epic scale. And it is indeed like children that they – and we – emerge from the blackness of a wardrobe to stare blinkingly at a world which might not be as totally void of hope as we thought.

Across the course of the rest of True View, STYG do not completely ditch the socially aware lyrics that dominate their earlier releases, but they do mine a more emotional path than ever before. And we can’t help but be dragged along with them. Why? Because we need, as much as Barnett does, to know that this journey is going to end well, that it was worth looking inside.

So, does it end well? Musically, of course it does – The Reach For Me: Forgiveness Of Self is a remarkable track to finish with. And, sure, lyrically, it wouldn’t work as the ending to a Hollywood blockbuster, but there is a definite feeling that we’ve ended up somewhere different to where we started, that the record’s deliberate structure has moved us on in life.

“If I can’t learn from what I’ve done,” Barnett sings (rather than yowls) over and over, “the pain I’ve felt has been for nothing,” and okay, it’s not the happiest sentiment in the world but there is the sense that, in relieving just a little of the weight of those political concerns that feel so beyond our control, Stick To Your Guns have come to a point where they feel that they at least have some power over their own personal space.

It’s a balance we should all strive to achieve. Be aware of the universe and our role as part of the whole, but don’t let the size of the cosmos ever make you feel useless or hopeless. Just being the best you that you can be is a worthwhile ambition – and that’s a conclusion Barnett seems to reach by the end of the awe-inspiring and aptly-titled True View.

Be a part of the Stick To Your Guns journey when the band finish their UK tour this week with shows in Manchester on Thursday, then London on Friday and Saturday.