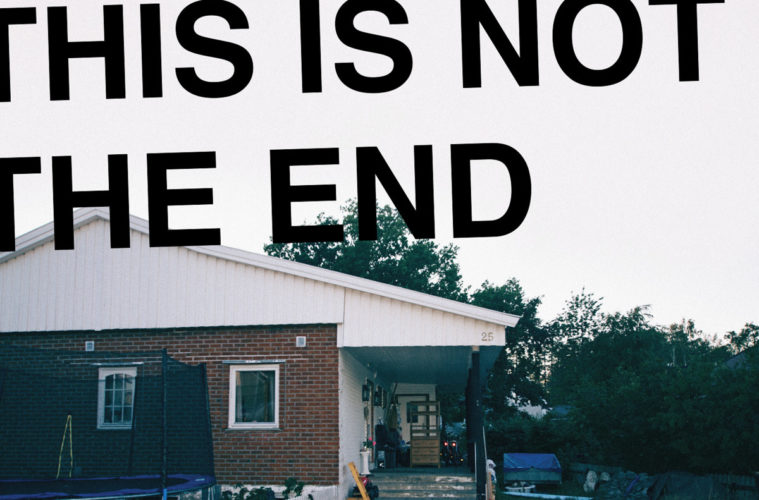 Spielbergs – This Is Not The End

Spielbergs, This Is Not The End
By The Time It Gets Dark

Norway’s hottest indie-punk band are here to take 2019 by storm; with their debut album, Spielbergs have demonstrated thematic and musical maturity and skill whilst maintaining a fresh energy. This Is Not The End is a captivating and confusing musical journey, and it’ll leave you needing to press repeat the minute it finishes.

The record opens exactly as you’d expect – it’s a rousing wall of sound built from sunny, punky chords and a gorgeously happy vibe with authentic, relaxed vocals. Seamlessly transitioning into the second track, we’re greeted with an optimistic-yet-emotional love song, with youthfully endearing lyrics like, ‘we could be soulmates if we could find a place to live’. We Are All Going To Die and NFL prove that Spielbergs know their sound inside out, with chaotic chords that match intense basslines and guitar melodies that oscillate between shrieking and humming. Their guitar-driven tracks are powerful, verging on anthemic.

But right when you’ve settled into knowing what’s around the corner, Spielbergs pull the rug straight out from under your feet. Familiar is our first dip into the atmospheric ocean the Oslo three-piece are about to create, with a dramatic introduction going on to shimmer and twinkle but not really go anywhere. Except it is going somewhere – it’s going into a section of the album that’s subverting the impressions they’ve already created completely. Spielbergs do what they want, and apparently what they want is to write a 7-minute ethereal guitar epic about Mcdonald’s (Please Don’t F*** Up My Order) that builds to what can only be described as an instrumental scream. They want to give us an acoustic track that has more atmosphere and intensity than many full-band albums, in the form of Sleeper, a track which just BEGS to haunt you as you overlook a dark city at dawn. And when you think they’ve done enough vibey, eerie tracks, they treat us to two more minutes in S.K.

Spielbergs have gone in what seems like two completely different directions with the songs on TINTE, but it still manages to remain cohesive. It’s entrancing, it’s baffling, but you won’t be able to turn it off. They might be trying to fit together elements that seemingly couldn’t be more different, but it’s as they say on album closer Forevermore: ‘everything falls into place’.

This Is Not The End is out now via By The Time It Gets Dark.