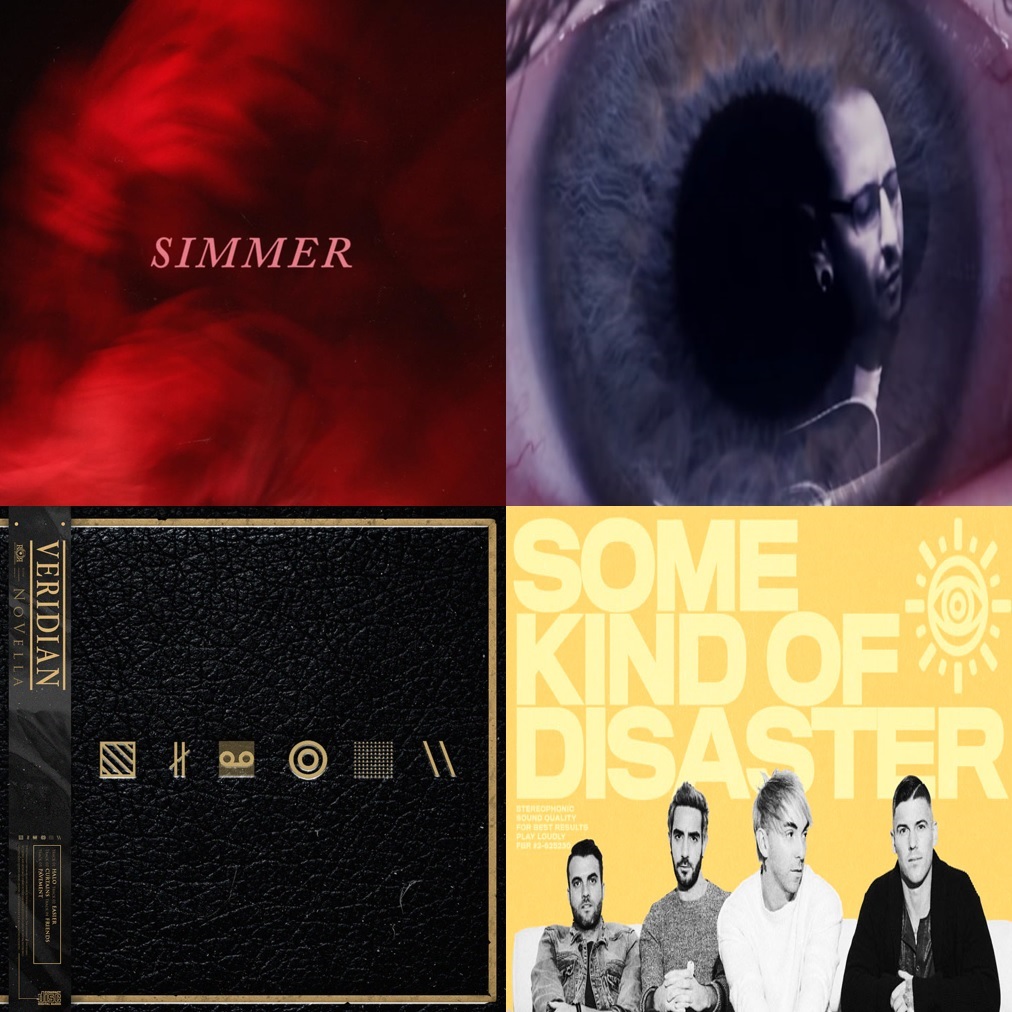 Pretty much every day in January may have been predictably yuck but the cold and rain have hardly bothered us at all. How can that be possible? Well, when the songs pumping through our headphones are so full of electricity, it’s hard not to feel hyped.

Let’s start with Empty. They make poetic post-hardcore that’s otherworldly enough to make you forget any kind of bad weather. Or maybe it’s less about forgetting and more about the fact that it’s difficult to care about the morning greyness when you’re floating way above it. Listening to Life & Limb really is like being tied to a balloon and then released into space – the experience is as intense and beautiful as it sounds.

My Confession by To Octavia is probably too heavy for space travel. But there’s something starry about it nonetheless – perhaps it’s the way the melodies explode out of the growly verses like supernovas. At its fiercest, the opening track from 2019’s Nocturnal EP captures the feeling of running for your life, but then there are those moments of fluorescence and the dark/light juxtaposition is pretty breathtaking.

Talking of running for your life, you’ve probably seen Hayley Williams’ latest video. Moooooooody. And absolutely bonkers. Not necessarily what we expected from the singer of Emergency and crushcrushcrush. But once you’ve come to terms with the fact that the Paramore we used to know and love are never coming back (although of course actually you’ll never really come to terms with that) Simmer does exactly what it says on the packet. It simmers. One day soon I’m pretty sure the song will climb out of the stereo and eat at least one of us up.

Less likely to swallow anyone whole is Honeydew by Small Talks. Not that it makes the track any less unsettling. What makes it sooooo weird is that it feels like singer Cayley Spivey has been reading our diary. It was our floor she slept on, she was the idea in our head, it was us she loved as a friend. Except of course it wasn’t. It was you. And you. And you. And you. Oh well, at least all of us got a crazy catchy song out of it.

Echosmith’s Shut Up & Kiss Me is another one that will go round and round your head. Okay, the band aren’t quite as full-on as Against The Current but at their best – as they are here – they kind of do the job of a nicotine patch. For that we’re grateful, because the ache that pretty much constantly gnaws at us when Chrissy Costanza and co. aren’t around is debilitating.

Outloved sound like they know what we mean on Dying To Leave. Possibly they’re not singing about Chrissy Costanza but someone has definitely left them in emotional turmoil. Which as bad as it sounds is a double win for everybody listening. First, we get the reassurance that we’re not the only ones worrying about how we’ll possibly get through this life on our own. Secondly, we get given this massive TUNE.

Which begs the question: how many elephants can you fit in a mini? Or – to paraphrase – how many massive TUNES can we squeeze into one month? The answer, it seems, is at least a few more. There’s The World In Colour by Bad/Love, another song which somehow propels us skywards. From up there, it really is possible to see life in a different way and it feels super-important that bands like Empty and Bad/Love themselves (with help from Northlane’s Marcus Bridge) are giving us the chance to experience a fresh view.

Glacier Veins know what we’re talking about. On Circles, singer Malia Endres sings that she’ll, ‘never grow tired of watching things evolve,’ before offering up a song that explodes like a shaken up can of fizzy drink. And their brand new song, Everything Glows, sounds like the band wrote it while jumping up and down on their beds – which obviously is a good thing because everybody knows only good things happen when you’re jumping up and down on your bed.

Not that we think Veridian were jumping up and down on theirs when they came up with Pavement. Yes, the bursts of glittering melody do suggest that maybe a life involving that kind of happiness might lie ahead, but then there’s the fact that Simon Jackman drinks too much and that he’s NEVER going to change. This band definitely aren’t sure how things are going to work out and so of course we relate to them completely.

As we do – and always have done – to Chester Bennington. What’s In The Eye is a track he recorded pre-Linkin Park with Grey Daze. If you listen to the likes of Predictable by Korn, you can hear the grungey influences lurking in the background of the nu-metal scene and they’re evident here too. It’s a powerful track made ten million times more so of course by the fact that it’s Chester’s voice out front. ‘Don’t go,’ he howls, ‘don’t you go.’ Right back at you, kiddo.

Anyone in love with Linkin Park will be able to tell you that life, well, It’s Not Always Champagne & Frosting. Which COINCIDENTALLY is the title of one of Squid Fishing’s loveliest songs. Like an emo Fightstar, they ditch Charlie Simpson’s metaphors for straight-up, in-your-face songs about how they feel (spoiler: not great). Hopefully the news that we love their music so much can cheer them up at least a titchy bit – and also the fact that while it’s not always champagne and frosting, sometimes it is.

Listening to pretty much any All Time Low song is enough to prove that point! Yeah, the band deal with the same kind of confusion and upset that any emo worth their name will experience at some point or another but once the band have fed all that negativity through their pop-punk filter, well, it just doesn’t feel so bad. Sure, it’s odd how Alex Gaskarth and gang can get us to pretty much celebrate how messed-up we are, but that’s their magic. Some Kind Of Disaster is their latest and it ticks all the boxes you want it to.

As do all the songs that got us through this miserable month of January. February next. Hurrah.