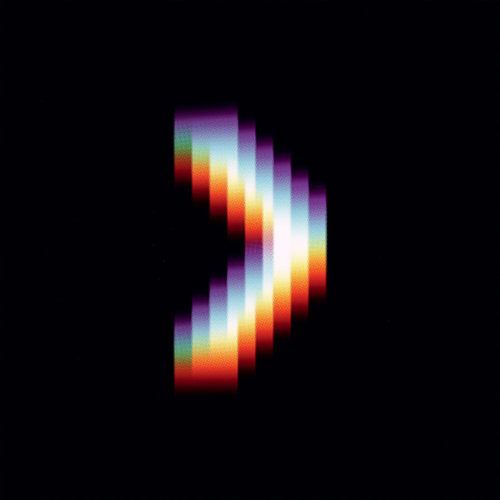 Unless you’re stuck in the perpetual purgatory that is school mathematics, you’ve probably forgotten about the greater than sign (>). But what SHVPES are here to give you is much more than a maths lesson – it’s a fully-fledged world.

Opening on Calloused Hands, it’s clear that rhythm is a key player in this record. The song pulls you up and down with frontman Griffin Dickinson’s vocals emanating a whirlwind of anger, effort, blood and sweat – there’s no room for tears on this track. Undertones further sets the stage with a chillingly intoxicating set of vocals, and the mood is sustained in Afterlife – a song that feels like ice water being dumped over you. Someone Else is All Killer No Filler but edgier, brimming with what can only be described as teen angst. Two Wrongs, No Rights pulls a smokey pall over the mind, an almost ambient hell in the middle of a mare’s nest, but Rain is nowhere near as subtle. It makes itself heard in a crowd of cries for help, and it kicks back against any assumptions.

War is as violent as ever, and impeccably showcases the musicianship that SHVPES carry between them. Their sense of harmonious chaos ticks over into Renegades, a track that reeks of rebellion and truth – a common theme in modern music made in a time of untrustworthy governments and a generation of change. Renegades is the best song bearing this message yet. Then there’s Hey Brother which tattoos the numbing pain of emotion into you, and burns white-hot against its counterparts, clearly standing out on Greater Than as a clear and important culmination of what can happen when a group of dedicated and talented artists come together to create something they’re passionate about.

I’m Stuck is a crossroads in the woods, and comes from somewhere deeply human, almost reminiscent of those moments you spend waiting for bad news. Note To Cell is sprinting into the sun – it is the final stretch of a long journey, and not one that has been easy. And if that’s the metaphor, Counterfeit is realising you’ve sprinted into a gunfight with a knife – it is the finale to end all finales, and leaves you craving for something you can’t quite put your finger on.

I can’t wait to find out what it is we’re waiting for.

Greater Than is out now via Spinefarm Records