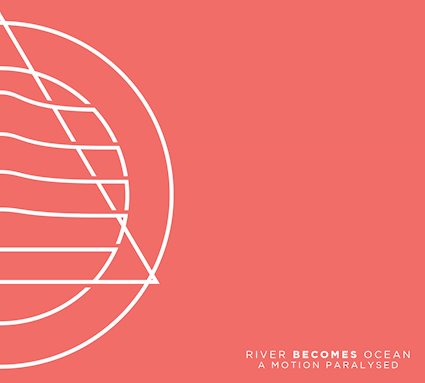 Need new music? Well may we be the bearer of good news – in case you haven’t heard of them, River Becomes Ocean’s debut, A Motion Paralysed, is pure post-hardcore brilliance. You won’t be disappointed.

The album kicks off with Brighton, a beautiful and calming homage to the band’s hometown you could almost fall asleep to. But you wouldn’t want to – because whilst Brighton’s gentle sways guide you into a River Becomes Ocean’s reality, it isn’t long until you see what this band is really about, and how brilliantly intense they can get.

Addicted is a definite highlight of the album. It screams powerful grunge, and the lyrics are of heartbreak you can painfully relate to if you’ve ever been in that not-so-great position. Lyrics aside, though, the music is sophisticated and varied – Dorian Neidhardt’s spectacular drumming in particular is an asset to the band.

Some of the songs (such as Silence Means Nothing feat. Cancer Bats‘ Liam Cormier) have a nostalgic ring to them that you just can’t ignore – they’re nothing if not energetic and BRILLIANTLY produced! The emotion the boys pour into their music is furiously apparent through each strum of guitar or clash of drums.

Prepare yourselves, because A Motion Paralysed is the album we’ve all been waiting for – a perfect start to 2019.

A Motion Paralysed is out on January 18th via Department Musik.