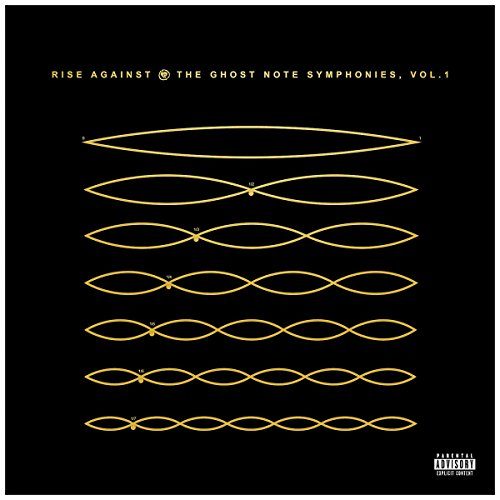 Rise Against. Blessing us with luxurious punk rock since ’99. Known for boisterous riffs and obliterating choruses, it may seem a little out of character for these Chicago rockers to release a record dedicated to the soft and the sensitive. This change of pace, branded as The Ghost Note Symphonies Vol 1, however, sees a hand-picked selection of their timeless work reimagined and repurposed. With each track assigned with new meaning and potential, the outcome is utterly gorgeous.

The Violence’s choppy guitars introduce the record, blending into a buttery chorus mixed with melting strings and searching vocals. Building off this already heavenly atmosphere, Audience Of One packs in gritty vocals and enslaving choruses as addictive as its somewhat rowdier predecessor. And then Faint Resemblance revolutionises a ruthless punk classic into a chipper acoustic tune, perhaps at the expense of losing some of its spirit

After a stripped-back start, Like The Angel features suitably radiant guitars with a divine orchestral accompaniment to match. Miracle runs at a faster pace than its competitors, oozing motivation with each pleading word and every jarring chord. A gentle tempo and soothing string section amplify the heartache and disorientation Savior communicates. Instead of reiterating the same frustration as before, these cut-back versions convey a deeper ocean of pain and melancholy, washing over listeners in the form of addictive choruses and rich vocals.

Far From Perfect is another success. It spreads the importance of self-acceptance through warming strings and indisputable lyrics, which are pushed to the forefront by the track’s simplistic tone. Voices Off Camera’s eerie start and delicate keys are devised to bewitch listeners, closing the record on an irresistibly reflective note. From start to finish, this record allowed Rise Against to prove that less certainly can be more. Instead of slapping recycled vocals over a generic acoustic track, they’ve recreated each track with fresh meaning and originality. It’s because of this genius that the exquisite Ghost Note Symphonies are sure to haunt – for all eternity – anybody who listens.

The Ghost Note Symphonies by Rise Against will be released on Friday 27th July.