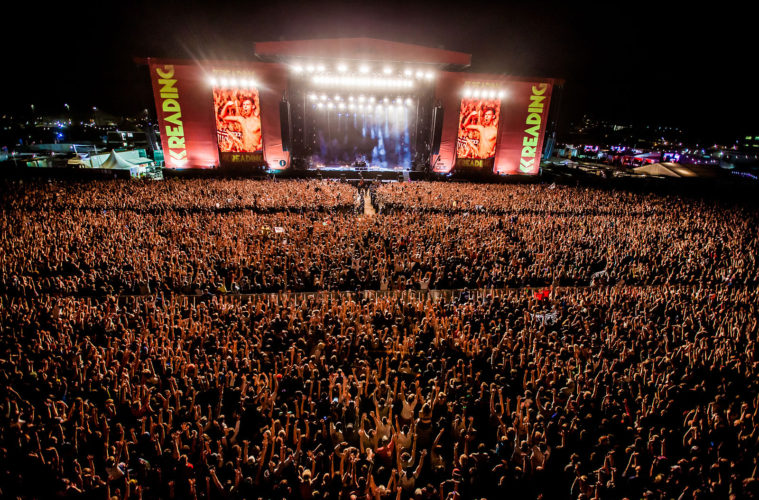 One of the best things about looking back on festivals is being able to say, ‘Oh, yeah, well, of course, I saw Nirvana when they played at like 9 o’clock in the morning on the Absolute No-Hoper Stage and I was the only one there because I was like the only person in the whole entire universe who just knew they were destined to like become the biggest, hottest band in the world, yeah.’ Conversely, one of the worst things is reflecting on a lineup which clearly reminds you that Pearl Jam, Guns N’ Roses and Green Day were all propping up the bill and yet somehow you didn’t see any of them.

Reading and Leeds are brilliant at offering you a reason to get out of your sleeping bag as early as possible. There’s always going to be a band worth catching at noon-ish on one of the stages. Okay, the value of that band might not strike you until two or three years later – but no one else is to know that. Maybe you thought Avenged Sevenfold were total compost when you saw them open up a festival weekend; a few years later, you’ll still be well within your rights to tell people it was the best show you’ve ever seen ever ever ever. You were there. You took a chance. You gambled on watching a band no one had ever heard of rather than queuing for a sausage sandwich. You’ve earned the right to rewrite history.

Look back over the last thirty years of Reading lineups and you’ll see there have been treats galore available to the keenos racing through the festival gates as soon as they open. In 1990, Mega City Four, Ned’s Atomic Dustbin and Senseless Things all played ridiculously early slots – okay, those names might not make you quiver with excitement in 2017, but by 1992 all three bands had become indie kingpins and you could have impressed alternative types all over the country by saying that you saw every single one of them before anybody else in the whole entire solar system.

More recently, Creeper played early doors in The Pit just last year. Also in 2016, Rag ‘n’ Bone Man was playing at some ridiculously early hour to just the milkman and his dog on the dance stage. The year before that, Babymetal opened up the main stage – eight months later, they were headlining Wembley Arena. Neck Deep were on at lunchtime that weekend too. Go back further and you’ll notice loads of your favourite massive bands were openers at Reading/Leeds once upon a time: Paramore, Bring Me The Horizon, My Chemical Romance, Bullet For My Valentine – Tool! – they’ve all filled that role. And tucked right at the bottom of the bill on the smaller stages in those prime I-was-there-when slots, you might – or might not – have been there for The Libertines in 2002, Biffy Clyro in 2001 or even Coldplay in 1999.

Who will be that band from 2017’s bill? Which performance, come 2020, will be the one worth shouting about? Well, if we knew that, we’d create our own record label, start signing artists up now and make our fortune. Unfortunately, we have no crystal ball, and so we’ll be checking out anyone and everyone – including the excellent Casey – just to be sure we don’t miss out. And, frankly, we know it’s going to be the best time ever whether we see the next Foo Fighters or not.