Quicksand: A Metaphor For The Carnage That Is Teenage Existence 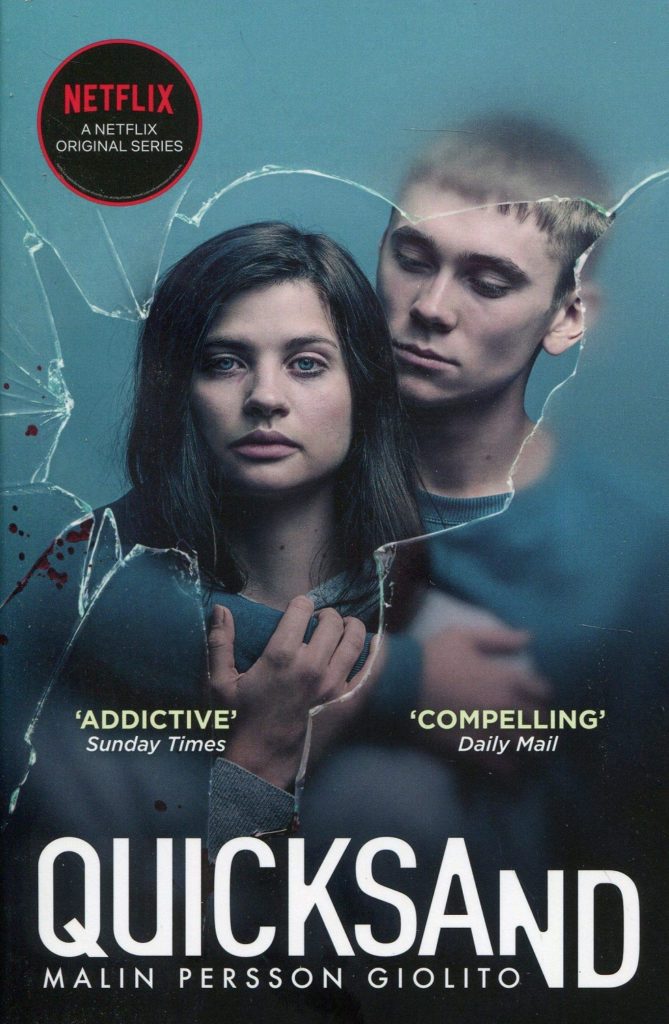 Maybe it’s only my Nextflix account that defaults to dubbing English language over the top of Swedish programmes. Perhaps thanks to some new-fangled digital intelligence, my TV has figured out that I’m the kind of dim-witted person who can’t do two things (i.e. read subtitles and watch the action) all at once. Hmmm. Or maybe it’s not just me. Maybe we’ve all now been pre-determined as having titchy-tiny brains that can no longer be relied on to complete more than one task at a time. And perhaps that’s fair given that all we really care about is checking our social media accounts. Or listening to Billie Eilish. Or Yungblud.

Well, of course that’s not fair! Because all of those things are actually part of our much bigger mission: to understand who we are and the universe we inhabit. Watching Quicksand is another step along that journey of discovery. As such, the programme is appropriately titled. Because isn’t being a teenager pretty much like being stuck in quicksand? The more we try to escape our own naivety and anxiety and awkwardness, the more we get sucked down towards the unknown depths of whatever horrors await us if we wear the wrong shoes, say the wrong thing, post the wrong comment.

Not that (hopefully!!) things will ever get as bad for us as they get for Maja Norberg and Sebastian Fagerman in this six-part series. It all starts with a school shooting and then somehow gets worse. And I thought I was having a bad day when I realised there was no chocolate spread in the cupboard. So, not to give anything away, but prepare yourself for a nail-biter. Who did what? Who did they do it to? Why did they do it? Sure, the seriousness of the central tragedy here might appear to swamp the scale of the issues in our own lives, but boil the resulting emotions down and you’ve got a story that actually bears resemblance to the absolute carnage of day-to-day existence. A TV series that works on two levels, then. Which should be ridiculous, because as already noted, we can’t possibly operate on more than one plane. Or can we??

Looking for something else to watch? You’ve come to the right place.