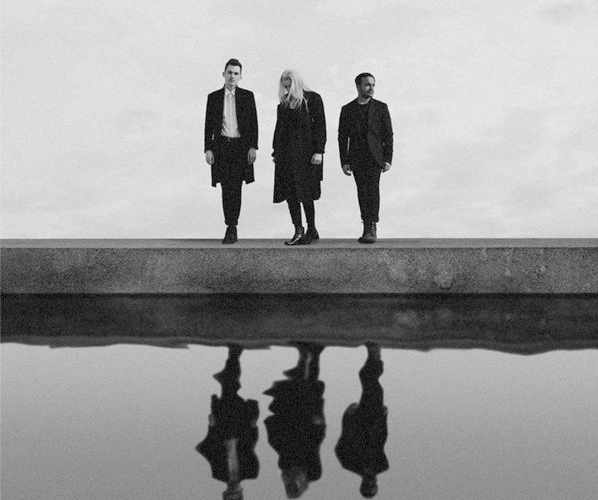 Pvris: All We Know of Heaven, All We Need of Hell

Pvris, All We Know of Heaven, All We Need of Hell
Rise Records

Pvris sum up the current music scene better than anyone. So much so, that if aliens came looking for a few examples of life on Earth in 2017, I wouldn’t hesitate in sending them home with this yummy trio from Massachusetts. I’m sure the extra-terrestrials would be delighted. Lynn Gunn’s lovely and I can’t imagine anyone in the universe not thinking so.

Anyway, that’s hardly the point. The aliens would clearly want some proper research material, not just someone they could share a nice pot of tea with. So, why Pvris? Well, I’ll tell you. It’s because even though, really, they don’t make rock music, everyone talks about them like actually they do and really nothing quite sums up the current scene like a good bit of boundary-blurring.

Has there ever been a time when alternative and mainstream music got along so well together? It’s all very friendly. Not so long ago, a rock band playing pop songs would have been chased squealing out of town, but from Paramore to The Used to pretty much anyone produced by smiley John Feldmann, that is soooo not the case anymore.

Pvris may not exactly fall into the same category as those aforementioned bands but they do pull off the same trick of not quite being what everyone seems to think they are. And it really gives me a warm glow to see how completely they’ve been embraced as part of the rock community, but surely I’m not the only one who’s noticed that they’re making dance music.

Maybe that doesn’t matter these days. Perhaps you can make dance music and still be as rock as Tommy Lee. Well, I’m all for that. Even so, you can’t really listen to All We Know of Heaven, All We Need of Hell without feeling more like you’re in a club than at a gig. Tracks like Separate and Nola 1 – which would probably feel really cosy and at home on a Halsey album – are perfect for late-night meditations and they’re as much rabbit holes as they are songs.

Elsewhere, the record is packed with luscious Lynn’s absolutely unwavering conviction that everything she’s saying is more important than anything you’ve ever heard before. This is a good thing. Especially on No Mercy – a song which pumps you more full of energy than a hundred glasses of orange squash. Try and find a productive way to use that extra oomph. Maybe help your mum do the hoovering.

Whatever you do, don’t just listen to this record once. It needs more time than that to fully seep under your skin. And if you don’t like the idea of a record ‘seeping’ than take that up with Gunn and the other two. I’d mention ‘the other two’ by name if I knew what they were called. But I don’t and isn’t it obvious when you watch Pvris’ music videos that really the director would have left them on the cutting room floor if only he or she had been allowed? Poor blighters.

Oh well, I’m sure they’re not too fussed. After all, they’ve made an album so good that we’ve completely changed our minds – there’s absolutely no way we’d give Pvris to a bunch of nosy old aliens. They can have Kasabian.