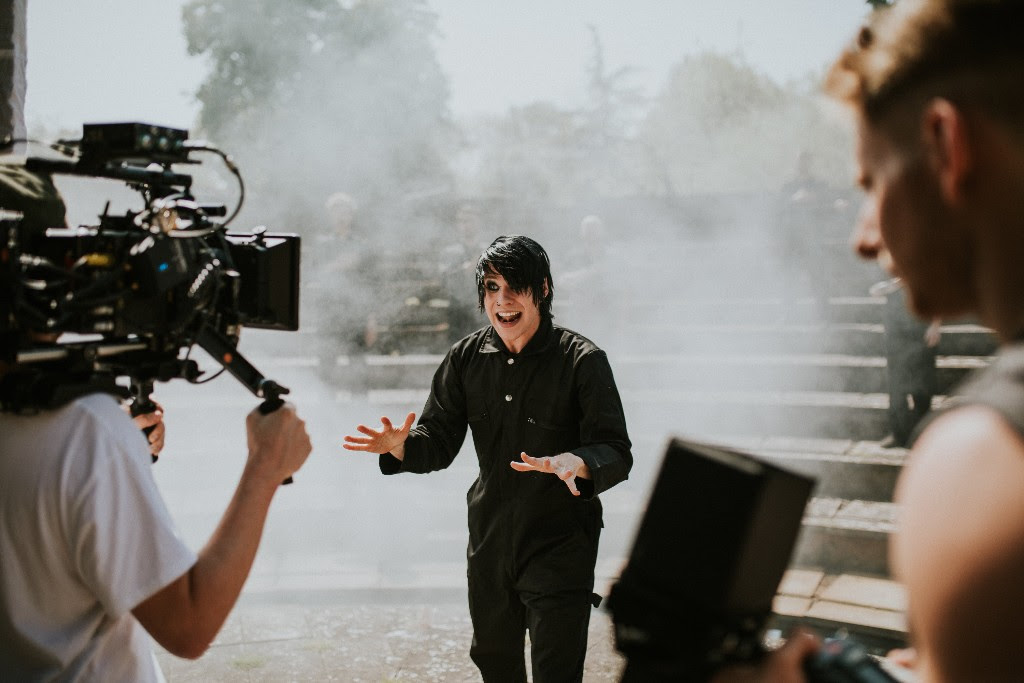 Is it even worth thinking any longer about the fact that lovely As It Is frontman Patty Walters was a YouTube sensation before he started transitioning into a rock star? Well, yes, if you really want to know, we reckon it is. It’s the journey he’s taken that’s made him the most modern of our favourite singers and helped define the idea of what it actually is to be a rock star in 2018. Read David Hepworth’s recent fantastic book, Uncommon People, and you’ll be led through the years 1955 to 1994, when being one of those enigmatic creatures meant throwing televisions out of windows and generally acting like any normal-thinking person would never act. This is not what life is like for the bands we love so much today – and that’s not only because the lack of money available to artists precludes them from breaking expensive electrical equipment. Today’s musicians don’t exist on different planets; they live – if not quite in our own bedrooms – in bedrooms pretty much like ours. How do we know? Because, if they’re Patty Walters, they record themselves playing drums in said room and then let us watch.

As a social phenomenon, then, As It Is have always been interesting. Musically, they’ve been a lot of fun too. Early tracks like Cheap Shots & Setbacks were hugely uplifting, and the band’s last album (okay.) was another chunk of the chirpiest pop-punk. Since the release of that record, however, As It Is have clearly been metamorphosing. Last month’s comeback song howled that, ‘We have failed our ancestors, ourselves and the future inhabitants of the wounded world.’ Then there’s Stigma (Boys Don’t Cry) which As It Is unleashed last week. ‘I see a pain behind your eyes, I know you feel it every day,’ Walters claims, before touching on the idea that, for boys, ‘it’s better not to say such things out loud.’ It’s a heart-shattering statement, and one that will build As It Is a new legion of devoted followers. Fifteen years or so after the emergence of My Chemical Romance and The Used, a new generation of rock fans might at last have a band nearer their own age to look up to.

Part of what the audience awaiting As It Is (assuming new album The Great Depression matches the standard of its singles) will admire is the fact that the band are so real. We don’t live in an age where kids dream of travelling in private planes (the idea is too environmentally corrupt) or distancing themselves from reality (the world needs us to help it, not to abandon it), and so the knowledge that Patty comes from somewhere real, and is committed to exploring reality in a way which might actually be constructive, makes him exactly what we’re looking for in a modern rock star. He’s got a message to deliver and we strongly believe that it’s our message. He’s one of us. And we know that for sure precisely because we knew him way before any magazine put him on its front cover.

The Great Depression will be released via Fearless Records on 10th August.