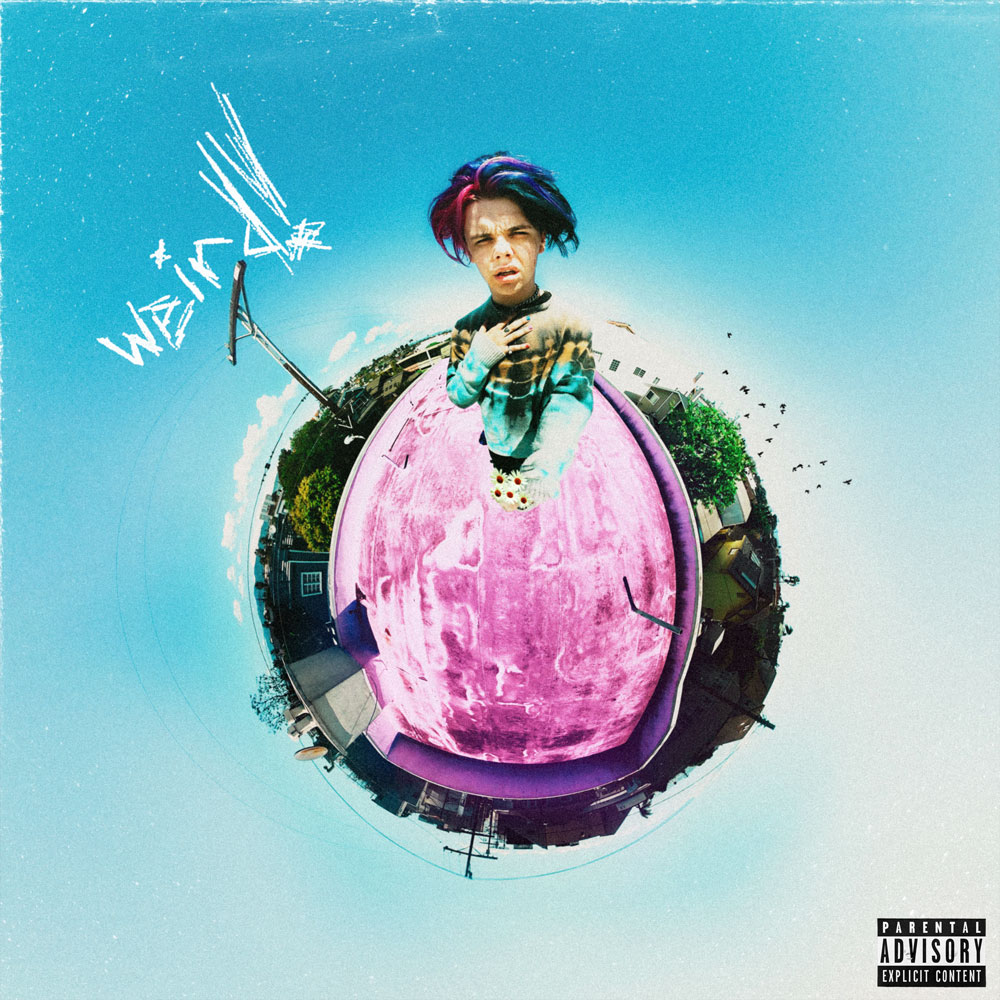 Do you ever feel like people are trying to force you into a box? They say they know who you are – you’re this or you’re that and you absolutely cannot be more than one of those things. These people do NOT know who you are. How can they when you don’t even know yourself?

The thing is, it’s that uncertainty we each have within us that gives those people such power. Because we can’t quite see ourselves clearly, it’s difficult to argue with someone who claims to have 20/20 vision when it comes to our identity.

You’ve got to be strong enough to stand up to those who want to define you. You are NOT  a stereotype and you did NOT come out of a catalogue. The reason it takes all that forcing to get you into a box is because you don’t fit. You don’t belong in there. You’re bigger than that. WAY bigger. You can be one thing and you can be another and you can be something else.

These are the thoughts that race through my head when I listen to YUNGBLUD.

‘Weird!’ sounds nothing like I thought it would, but it would be weird if it did. YUNGBLUD’s music reflects exactly who he is, and his songs sound different to each other because he’s not going to voluntarily climb into another box when he’s already spent so much of his life escaping exactly that kind of small space.

Just listening to ‘Weird!’ makes me feel bigger, like I can stretch out, like I can see further than I could before. It doesn’t matter whether people say YUNGBLUD makes pop or emo or indie, what’s important is the emotion at the heart of his music. What links all of his songs is the fact that they all mean so much. To him. To us.

Key too are those messages: we deserve to be proud of who we are and we should surround ourselves with people who love us. ‘Weird!’ reminds us what’s important in life. Yeah, we’ll make mistakes but that only means we’re living. And how much do you connect with YUNGBLUD when he sings about sharing earphones on the bus? It might not sound like much, but if you’ve got someone to share your AirPods with, then you’re doing good. Who’s that person in your life? It’s probably not the person trying to get you into that box we were talking about.

Right now I love ‘Weird!’ more than ever because it’s different to my other favourite YUNGBLUD songs. The MCR phase was exciting, but there’s a brightness – a lightness – to this new track that’s going to take the roof off when YUNGBLUD plays it live. That will be a MOMENT.

We all need to be there. Where we belong. Where we can be ourselves.

In the meantime, we’ll keep pushing at the walls of the boxes that people will keep trying to put us into. And when we feel squashed, we’ll remember that it’s not because we’re the wrong shape.

And that’s exactly who we should be.

Read part 1 of the YUNGBLUD chapters.