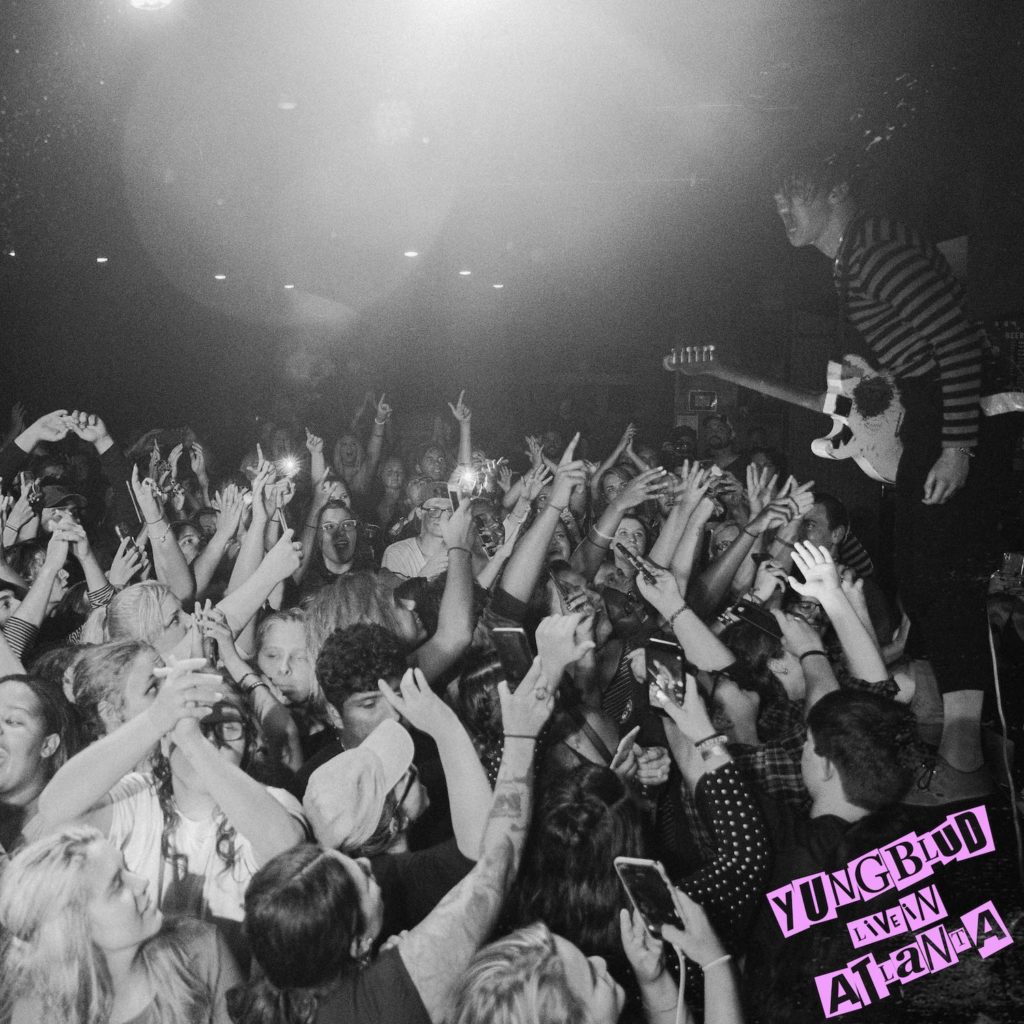 When the film’s over, everybody gets on with their daily business. I don’t have daily business, so I stay where I am and listen to YUNGBLUD.

He feels like he’s singing about everyone my age. More than that it’s like he singing for us. To make us feel better and to make sure we’re heard.

That YUNGBLUD’s music makes a difference to the people who listen to it is beyond question. You only have to spend five minutes on Twitter to get a sense of the community he has built – a community that to some degree at least would still feel fractured without him at the centre of it.

‘hope for the underrated youth’ is a hymn for a whole generation.

The song could change the world.

I can’t even change myself.

Not that all of YUNGBLUD’s music is defined by such in-your-face sloganeering.

‘I Think I’m OKAY’ is somehow way more personal and yet just as universal. YUNGBLUD (along with Machine Gun Kelly) examines his own insecurities and failings in a way that makes them relatable.

When was the last time I was that honest with anyone?

YUNGBLUD tells a million strangers things most people would only tell their best friends.

Me, I wouldn’t tell anybody.

No wonder no one relates to me.

‘11 Minutes’ kicks in. Halsey’s another pop star doing everything on her terms. These people are real. I believe what they sing about. So much of the pop music I’m used to means nothing but this is different.

I look around my empty room. Kris’ guitar is in the corner. I get up from the sofa. I wouldn’t have even managed that if it hadn’t been for YUNGBLUD.

‘original me’ starts up and I’m almost dancing.

I take the guitar back to my spot and play along to ‘Kill Somebody’. The chords are easy enough to work out. Kris has taught me well.

I sing quietly. My voice doesn’t sound like mine. Or maybe it’s more that I don’t really know what my voice actually sounds like.

No, that’s not right.

People would just do it.

I turn YUNGBLUD down but he’s still in the room. He’s in me. I start to play the guitar. It’s been a long time since I picked up an instrument, since I tried to write anything myself.

Maybe that’s why my own song comes out of me the way it does. It’s not YUNGBLUD. But it is me – and I’ve got a feeling YUNGBLUD would tell me that’s what matters.

I put his ‘Live In Atlanta’ album on. It makes me tingle all over.

“This next song goes out to anybody who feels misunderstood because they don’t conform to a fucking box.”

Is he talking to me?

Or am I the fake they tell me I am?

Am I a fucking slut?

Do I deserve to die?

Listening to YUNGBLUD makes me feel like maybe I don’t.

Read part 1 of the YUNGBLUD chapters.