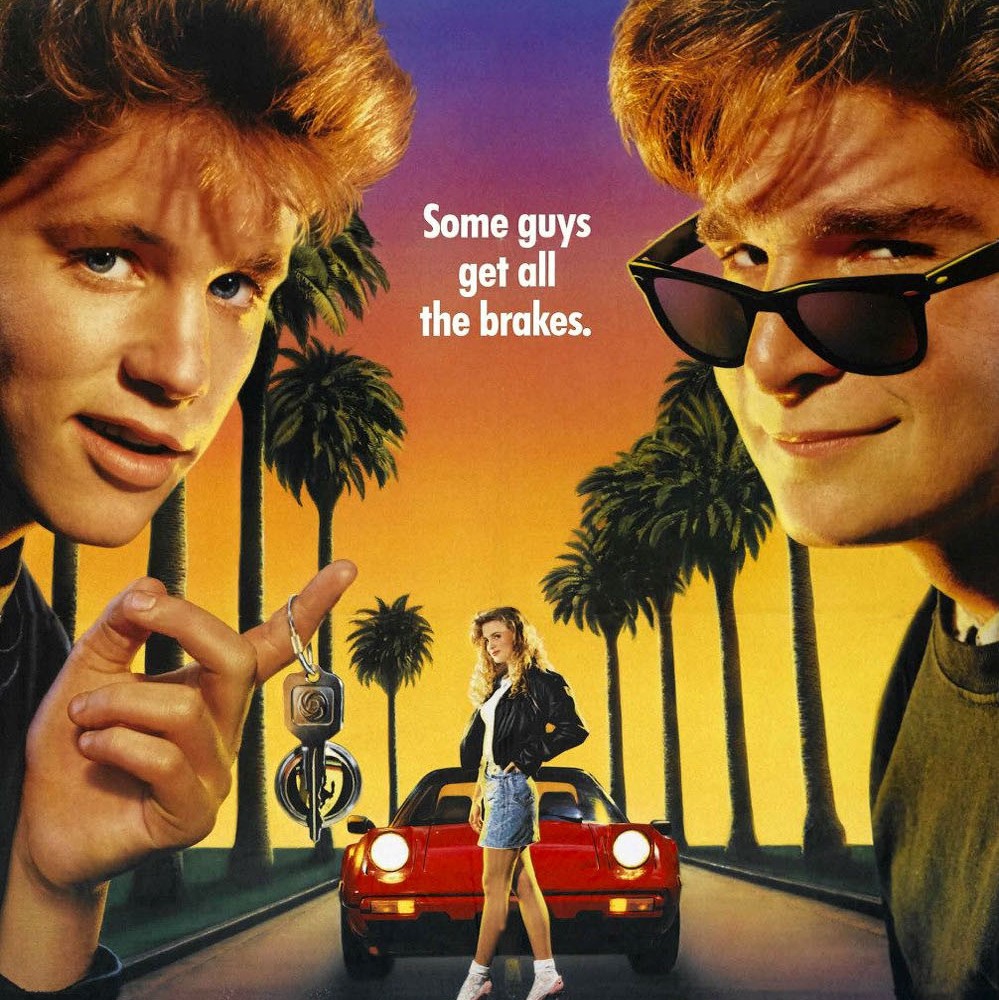 We’re on our fifth Corey Haim film. I’m stretched out on the sofa, eating popcorn. Kris is absent-mindedly massaging my feet. Little Jo is making friendship bracelets, handing them out as and when she finishes each one. I haven’t got mine yet but I don’t think that means I’m any less of a friend than Ella, who got hers first. Although maybe there is some kind of hidden message, like ‘I’ll give you the first bracelet when you get the fuck out of my basement, you lunatic.’

No way. That’s not how Little Jo thinks. Me, maybe. Ella, definitely. Little Jo, no.

As we watch the movie, I’m thinking about how many times I’ve sung those two words: ‘Corey Haim’. We all have. Some of us seriously, some of us for a laugh. But only now can I put a face to the name. And how weird that he’s already dead. On screen, he’s this goofy, good-looking teen heartthrob, but in real life he’s a pile of bones. Sorry, but it’s true. And this might be even harsher but it doesn’t really make any difference to any of us in the room whether he’s living or not; he’s on our TV screen and so he might as well be alive. He’s as present for me right now as anybody else I’ve never actually met in real life. In that sense, it kind of fits that Bright Star should sing about him. People still watch videos of her at fifteen as if she’s that same overly perky princess today. It doesn’t matter that she’s not. They don’t give a fuck about who she actually is.

What do I care? I’m safely tucked away in a basement with my friends. People who know who I am. What does it matter to me if the world thinks Corey Haim’s still got that funky quiff or if Bright Star’s still got that sparkle in her eye? What does it matter to me that all those millions of people who claimed to love Corey Haim couldn’t stop him dying alone. (I mean maybe he died in a crowded room – I’m not sure – but you know what I mean: we’re born alone, we die alone blah blah blah). And what does it matter to me if people look at Bright Star and call her a bitch when they notice that she’s gotten older without their permission?

Except this isn’t the world I want to live in.

Which I guess brings us to the reason I’m down in the basement. It’s safe down here. There’s none of that poison that was starting to get in my lungs every time I stepped into the ‘fresh’ air. Much better that I live down here, on a planet where Corey Haim is still rocking it, where I can turn the radio on and off when I want to, where there are no computers, no phones and no mirrors. Where I don’t know if I’m better or worse than everybody else.