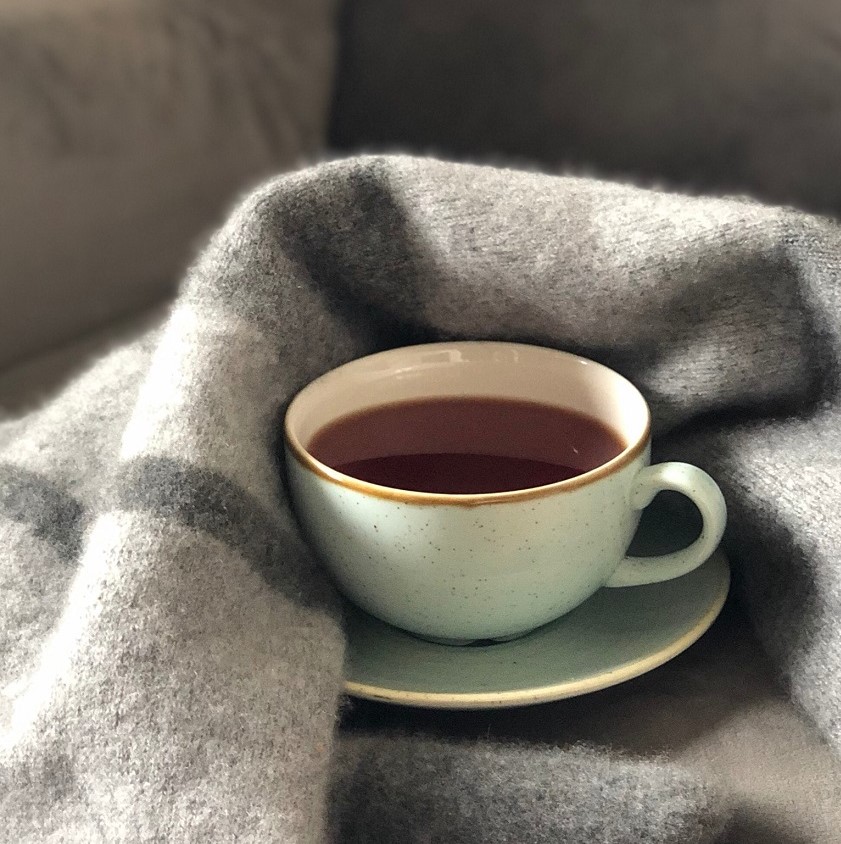 I’m guessing it’s the middle of the night. Little Jo has her eyes open but she’s so stoned, she might as well be asleep. I shiver despite the rug I vaguely remember Ella tucking around me – maybe minutes ago, maybe hours.

Little Jo has a blanket covering her too. It may be the middle of summer, but still it’s way too cool to be outside. I get up and lay my own rug over Little Jo’s. She doesn’t murmur or move. Inside, the sofa’s been pulled out into a bed. Kris is half underneath the duvet, half on top of it.  I claim as much for myself as I can.

I get on my knees and peer over the back of the sofa. Ella is passed out on a makeshift bed of cushions. I smile and squeeze up to Kris.

In the morning – or is it afternoon? – Big Jo appears with cups of tea.

As if he doesn’t know already. At the end of nights like the ones we’ve been having recently, Little Jo rarely makes it upstairs.

I’ve been in this basement for weeks. I sit up and take the tea Big Jo has left for me. No milk, no sugar. Scalding hot. Exactly how I like it. Then I reach for the newspaper. It’s full of the same rubbish: politicians shading each other, environmental catastrophising and, yep, Bright Star.

Kris is waking up.

“I don’t know why you look at that,” he says, glimpsing at me out of sleepy, half-closed eyes.

I don’t respond. He knows the rules. No smartphones. No internet. No social media. No YouTube. None of that. But any kind of old media is fine. That’s the rule. My rule. If it doesn’t make much sense to anyone else, that’s not my problem. It’s the way it is. And so we’ve been living in a world of radio and newspapers. Everything feels more solid that way. And I need solid. Everyone gets that. At least, I think they do.

I read the Bright Star piece.

Nearly four months on from the moment the pop star appeared on an arena stage with an acoustic guitar and no makeup, everyone’s still asking the same question: why would a nineteen-year-old girl try to commit career suicide like that? In the last four years, she’s released four albums – all of which have been streamed hundreds of millions of times – and sold out a seemingly non-stop string of shows across the globe. With the most successful super-producers and songwriters behind her, she’s become one of the most recognisable faces on the planet.

I snort and put the paper down. Kris is right, there’s nothing worth reading in here. I feel his hand stroking my knee reassuringly. He knows how hopeful I feel at the very start of every day but he’s aware too how quickly the fog rises up around me. It’s the extremeness of the shift that’s so disorientating. Each time I wake up, I’m literally bursting with positivity but within minutes I feel pathetic and hopeless. It always takes me a while to flatten out, to get over the quick drop.

Not that I ever do quite get over it.

That’s half the problem.

Start the story of Cynthia, Bright Star and Ayley from chapter 1.