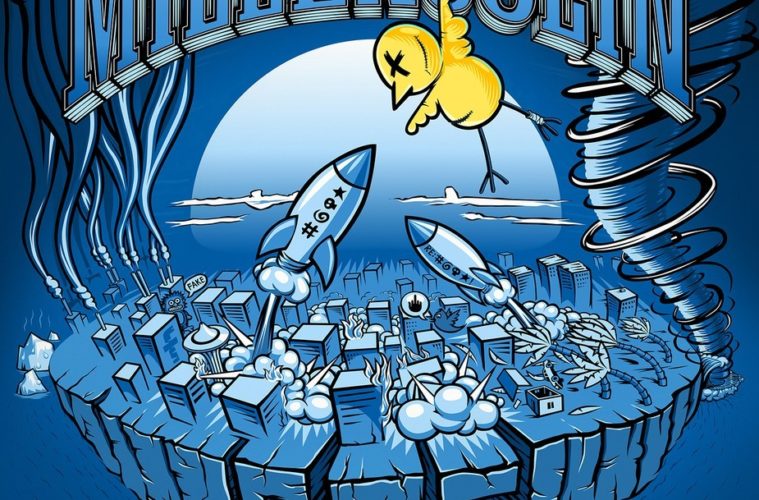 Whoever said ‘less is more’ clearly isn’t well acquainted with Millencolin. That’s right, one of Sweden’s most loved punk-rock bands is back with their ninth studio album.  After a lengthy career of sticking to their guns and staying true to the classic punk rock sound the world has come to know and love, you’ll be delighted to learn that things aren’t about to change.

After nearly three decades in the game, it would be almost reasonable to expect Millencolin to sound worn out and stale. That’s where intro track SOS storms in to prove us wrong. Packing as much punch as ever, SOS is a high-tempo-high-reward track with riotous guitars and united chants, and it sounds as angsty as can be.

Nothing’s rolling bass emphasises the melodic charm of a sing-along chorus, but it’s the funky opening riffs of Sour Days that really demand attention. Nikola Sarcevic flirts with lower, moodier vocals to compliment splendidly bitter lyrics about the downfalls of getting older. Reach You fills the quota for the boy-pines-after-girl cliché with a matching suite of predictable guitar solos and breakdowns, while Do You Want War brings in its own taste of cheeky punk spirit and couples it with fighting percussion.

Meanwhile, Trumpets & Poutine takes a break from the light-hearted content of its predecessors with a fiery chorus of political dismay, calling the idle out on neglecting their responsibility to protect society from unjust leadership. Finding the balance between a political statement and punk rock banger, it secures its position as the most powerful track on the album.

That’s not to say this album isn’t without its flaws. For Yesterday’s supportive vibes are tainted by an unbearable sense of repetition, while Yanny And Laurel misses the mark and passes up the perfect opportunity for a throwback ska-punk bridge.

Qualms aside, Millencolin have surpassed expectations again and blessed us with yet another album of unfiltered punk rock. Sure, they may have stuck within their comfort zone and yes, they may not always display the heaviest of lyrical content, but it’s familiar. It’s safe. And we’d be lying to ourselves if we didn’t say that sometimes safe is all we need.

SOS is out February 15th via Epitaph Records.