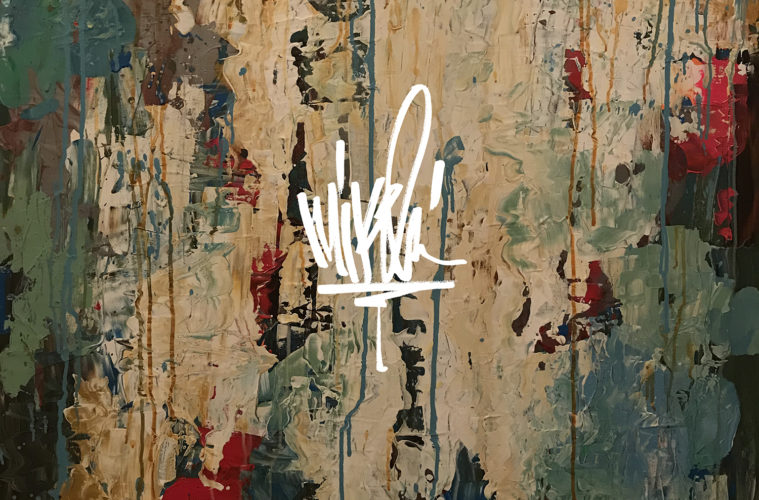 Much of Linkin Park’s success has been down to the fact that they’ve always written such accessible music. You’ve never needed a dictionary in order to understand what they’re saying and it’s testament to the band’s own humility that they’ve never felt the need to show off.

Some artists think that by keeping things simple they’re making themselves look simple. They’ll create complicated music just because they can, and they’ll use a thesaurus to help them write their lyrics in the hope that they’ll look clever. Linkin Park have never been like that.

Mike Shinoda’s first solo album follows in those same footsteps. He may have been working his way through some bewildering feelings over the last year, but the sixteen tracks that make up Post Traumatic prove he’s still got that magical ability to melt even the most dense emotions down into their purest essence.

There’s a quietness to the start of this record that feels totally appropriate. Place To Start is the perfectly and poignantly positioned opening number. Not that the softness of that intro song hangs around for long. Just forty seconds into Over Again, the mood shifts and Shinoda becomes angrier, more bitter.

And so we’re set for a rollercoaster of an album during which the Linkin Park frontman tries to makes sense of a life he now has to live without his wingman, Chester Bennington. One thing’s for sure, as an artist, Shinoda has been forced to grow. The rap he delivers on Over Again is one of his best vocal performances yet, and Crossing A Line is an electro masterpiece.

The most striking aspect of Post Traumatic, though, is how self-aware it is. ‘I don’t have my head on straight… I’m struggling.’ Shinoda tells us on Make It Up As I Go and the sentiment will make sense to anyone who’s experienced the kind of loss that Shinoda has. And that’s got to be what makes the album so important – the fact that it can hopefully help people going through such an isolating experience feel less isolated.

The intent is sharpened by K. Flay’s guest vocals. They add brightness to an album which might otherwise have felt too dark, too internalised. Chino Moreno, Machine Gun Kelly and grandson also make appearances, and in their presence we feel a strength in numbers. And that, when you cut through all the sadness, has got to be what we remember. Mike Shinoda is not alone. And nor are we.

Post Traumatic is out now via Warner Bros./Machine Shop.