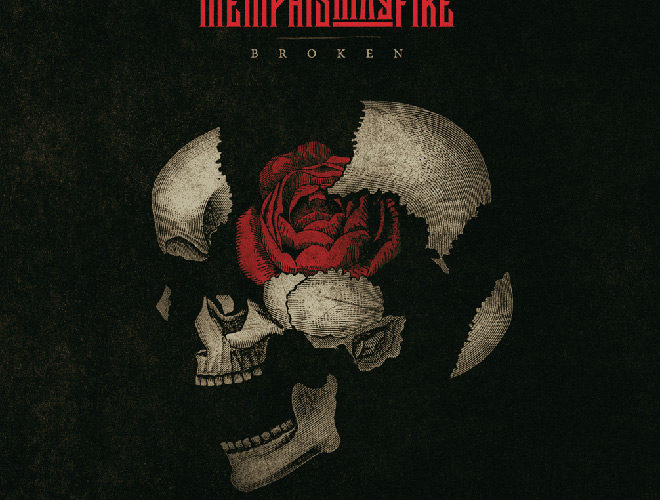 Memphis May Fire are back in town for the bloodiest fight you’ve seen yet, and there’s no way you’re getting out of it. Broken is an album that fills you with a new-found energy to better yourself: it speaks of change, new beginnings, and leaving behind the people that don’t deserve you.

Opener The Old Me is sure of itself. It’s a war zone, with violent waves of guitar and drums meeting together in a perfect battle. Watch Out is an epic; it’s one of the most refined tracks on the album, crashing through the choppy seas of dishonesty and heartbreak. It’s the kind of song that you know will be truly jaw-breaking live.

Sell My Soul clenches you, trapping you in the headlock of this stunning album, with its hypnotising, heavy beat. Who Am I is a pulsing vein of emotion, of blood flush with cortisol, and burns brick red on the backdrop of Heavy Is The Weight – a song that is drenched in insidious, spine-cracking truth.

Then we’re through the fog, to Over It, the clear hard-hitting highlight of Broken, championing the message of the album – we’re over it. Fool puts a clearer lens on Matty Mullins’ vocals, racing with passion, pulling together the loose stitches of the band, and showcasing their impeccable unity and synchronisation.

Laced with betrayal, Mark My Words whisks us into a crossbreed of gun fights and car chases. Yet it’s sinister in a way you’d never expect it to be, a set of dark eyes in a nightmare. You & Me is more delicate, a clear outsider amongst its more violent counterparts, but its melancholy is well-placed – a final send-off for an old life. Live Another Day brings Broken to a close, but a rowdy one at that – it’s a rebirth of old habits, and a loss of dead weight for the better.

With a sound that can at times make you feel like the world is both ending and beginning all at once. Memphis May Fire have created an album that is not broken, but is instead full of a passion to mend everything that is.

Broken is out now via Rise Records.