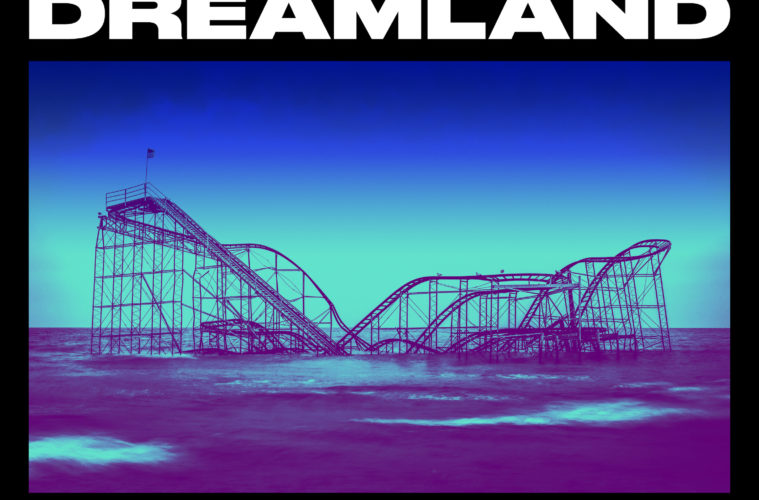 Over the past few years a new genre has been emerging that we at Sound Of Pen can’t get enough of – it toes the line between grunge, punk, and desert-rock and includes the likes of Fizzy Blood, Fangclub, Demob Happy and Dinosaur Pile-Up. With their debut album, Dreamland, West-London three-piece Mantra are set to storm ahead of the rest; their intelligent-sounding, undeniably infectious grunge matches the maturity of bands who’ve been around far longer.

Dreamland bundles the best aspects of rock from the past 30 years into a ball of unmistakable influences – yet it never sounds derivative. The complex time signatures and musical inflections of Radiohead and Muse are taken and sprinkled over with Breeders-esque post-punk and Placebo-style grunge; Stroke sounds like Knights Of Cydonia if it was written by Nirvana, and vocalist Simon Stark channels The Bends-era Thom Yorke as he weaves insanely intricate guitars through thrumming basslines and drums on New Friends and Annexe. The latter starts as if it was an Ash-style Britpop track before descending into a guitar riff that is pure Matt Bellamy – it’s an album highlight for sure.

Mantra tackle both slow and fast tracks with deftness: Cola Brat, Russian Roulette and Too Little Too Late turn the pace down to half-speed and sound just as powerful and impactful as the numerous firecrackers on the album. The former is an angst-filled, bittersweet lament that cycles between minor and major keys – its disorientating, but deliberately so, conveying the push and pull of emotional moodswings. The latter is a stunning desert-rock ballad complete with luscious strings and an incredible vocal performance – it’s an epic track that will sound beautiful live.

Back to the firecrackers. Skinned Alive is probably Dreamland’s standout track, with a drum-led erratic time signature that the guitar and bass, hot on its heels, eagerly chase – the chorus is imbued with pure 90s grunge goodness, and the bridge takes an incredibly complex guitar riff and warps it through time and space, Muse’s Origin Of Symmetry-style. Run Away is heavy – not in its volume, but in the dark atmosphere the meaty, psychedelic bassline creates.

On Dreamland, Mantra have demonstrated that they’re not only brilliant at writing fun, fast-paced songs suited for live shows, but they are also incredibly talented, intelligent musicians. To pack that many influences into a debut and still feel completely fresh and exciting is a difficult feat – Mantra don’t hide behind their inspirations, they use them as a springboard to leap into their own unique sound. Dreamland will blow you away, guaranteed.

Dreamland is out 15th February via Dine Alone Records.