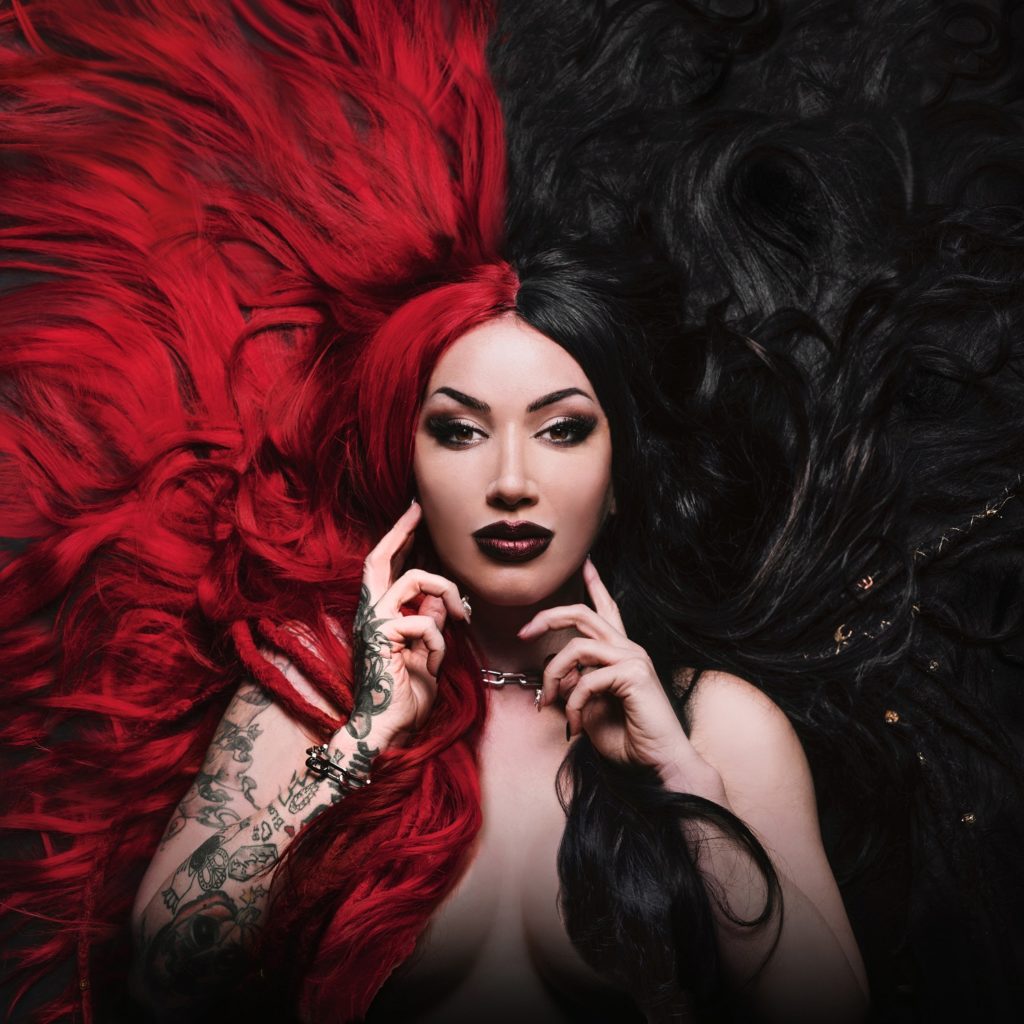 If this album was a film, I’d be betting everything I own that the director used at least ten blockbusters’ worth of CGI. No way could Ash Costello have grown so big without a bit of computer trickery. Could she? Could she? Well, uh-huh, yes actually she could. Because Unbreakable is not a product of Hollywood. And Costello really does stand that tall. And, yes, New Years Day’s fourth album is absolutely REAL. Listening to it certainly squashed all the bullshit out of me. And there was a lot of it. Seriously. After listening to just a few minutes of exhilarating opener Come For Me, I was already a purer, prouder person than I’d been moments before. Okay, maybe that’s not saying much considering what a dud I was to start with, but even Mother Teresa would find this album improving. Really. In fact, I’d love to see MT once she’d made her way through all of its twelve songs. Like me, I bet she’d be jumping up and down on her bed, looking at herself in the mirror and shouting, ‘You go, girl!’ How could she not be when the messages here are as hugely empowering as that at the heart of the enormous Shut Up? Co-written with the fantabulous Chrissy Costanza, it sums up an album that could prove to be Pop-Metal’s defining moment. And, sure, the term Pop-Metal itself might be some kind of oxymoron, but this is 2019 and you may have noticed that the world is turning inside out. So it makes sense that an album heavily influenced by Linkin Park should also mimic Britney-esque breakdowns (My Monsters) and Sia-inspired crescendos (Unbreakable). If the main reason you like metal music is the denim jackets and long hair, then forget it. But for everyone else, well, New Years Day’s latest is a potential game changer. Is the world ready? I guess we’ll find out.

Against The Current’s life lesson is right here.