LiFe LeSSonS bY AgAiNsT ThE CuRReNt: LeT YoUrSeLf gO 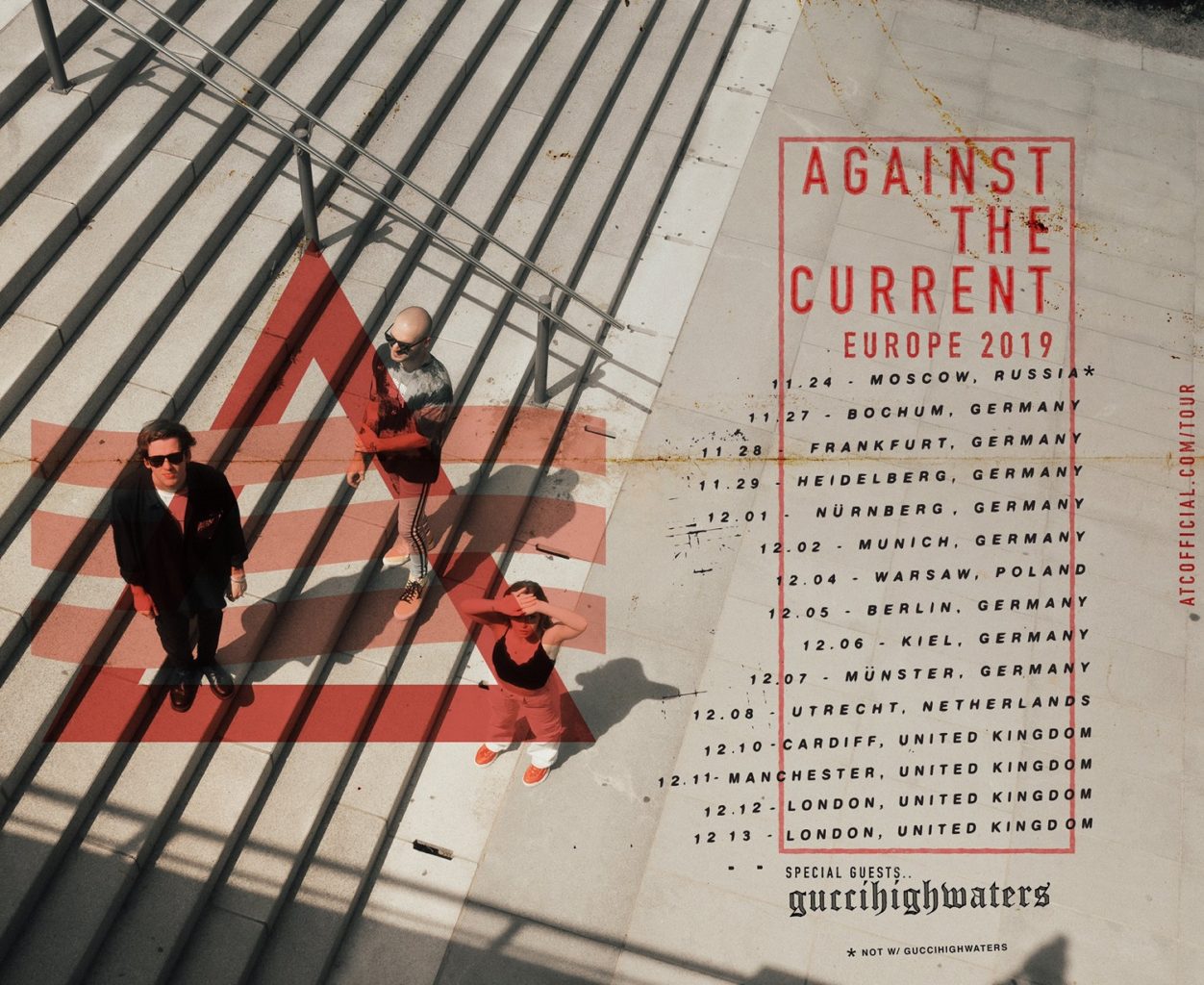 It’s absolutely true that both my brain and heart seem to be consistently malfunctioning. But that’s just one of the reasons Against The Current are so necessary. When I listen to their music, it’s like medicine is being poured directly into my ears. And singing along to anything from In Our Bones or Past Lives is always the best therapy I can get. Not that, as it turns out, the band only offer support for my emotional and mental well-being. By getting me to dance non-stop for an hour and a half tonight, ATC make sure that thanks to them I’m physically improved too.

So, how do Chrissy Costanza and co. encourage me to bust out moves I would never normally consider unleashing in public. Well, OF COURSE it’s the music. ATC have a list of should-have-been-number-ones longer than my list of reasons not to get out of bed in the morning and Costanza’s delivery of them is beyond belief. Opener Voices is so loud and crystal clear, it’s as if I’m not just listening to the song, but that somehow I’ve been sucked inside of it. One boy gets so excited he leaps onto a friend’s shoulders and rips his shirt off. The words ‘Chrissy, marry me’ are daubed across his chest in pink paint which might be weird but I get it. The desire to mark such a perfect night is oddly pressing.

The show this outfit from Poughkeepsie put on really is that special. With multi-coloured lasers zapping, it’s obvious ATC are arena-ready and it’s bonkers that the whole world hasn’t quite realised yet how they are absolutely the best band on the planet. But that only adds to the magic of being here right now, in a moment that feels like it’s all our own. And, yeah, when I dance maybe I do look a bit like Scooby-Doo falling down the stairs but tonight I don’t care. Because actually one of the reasons I love Against The Current most is because they want us to be ourselves. And by the end of the show I really do feel like I’m closer to being the person I need to be. Such is the power of ATC’s medicine.

Halsey’s got another life lesson for you.