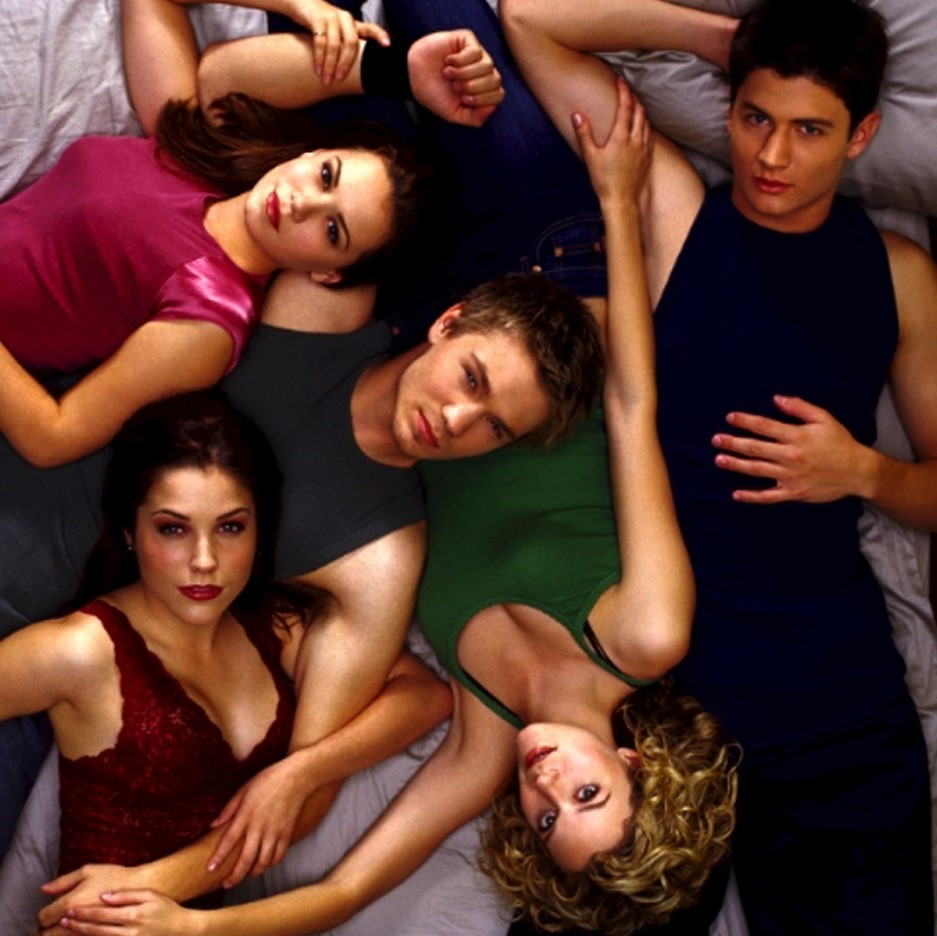 Sometimes it’s hard to know whether art imitates real life or vice versa. I mean, OBVIOUSLY I’ve always wanted to meet someone who will sweep me up in their arms and tell me I’m the most amaaaaaaazing person they’ve ever met and that they can’t wait to spend the rest of their life bringing me breakfast (peanut butter sandwiches, please) in bed. But only since reading Wuthering Heights have I really committed to the idea that I need this person to ONLY think about me and NEVER about anything else. Sometimes, late at night, though, I do catch myself wondering if Emily Brontë didn’t just make this whole soul’s-bliss-kills-my-body-but-does-not-satisfy-itself love stuff up. Because if she did – and I really hope she DID NOT – well, in that unsettling equation, Brontë’s version of love is the art and I’m the real life, and now I’m trapped in this eternal quest for a feeling that someone INVENTED.

But what the fudge has that got to do with Jimmy Eat World? Well… it just so happens that 19th Century literature isn’t the only ancient artform I’ve been enjoying recently. I’ve also developed an interest/debilitating obsession with early 2000s American television – in particular, One Tree Hill. My favourite character is Peyton because she gave up cheerleading pretty much just so she could listen to emo music and ended up running a music venue and booking JIMMY EAT WORLD. Which you’d think must be definitely all art, right? Because in real life, your favourite band would NEVER actually come to a titchy club in the middle of nowhere and play just for you and your friends. And yet that’s exactly what happens in Kingston tonight. One minute, One Tree Hill’s on the TV and I’m watching Jimmy Eat World play Hear You Me, the next I’ve zoomed into town on the 71 bus and I’m watching Jimmy Eat World play Hear You Me! Which is craaaaaaaaaaazy, but true. And with the prism hanging from the local nightspot’s ceiling spilling its flickering light all over the small but intense crowd singing along to Blister, this may all feel like a dream, but it isn’t.

How do I know? Well, that’s DEFINITELY floppy-fringed Jim Adkins on stage, and he may be singing that we’re ‘not alone ’cause the TV’s on’ but actually – for once – I’m not alone and the television’s OFF. Jimmy Eat World are really there on stage, joyfully doing their usual job of connecting everyone present to the universe in a way that makes EVERYTHING seem possible. And it doesn’t matter whether the band are playing tracks from their most famous album (they ROCK their way through more than half of 2000’s self-titled record) or the brand new and brilliant Surviving, their art is always so powerful because it DOES reflect real life. And the reason songs like tonight’s closing classic The Middle – which of course sends everyone into a state of delirium – and books like Wuthering Heights are sooooo important is because they remind us that we are part of something worth believing in. Now, where’s Heathcliff with my peanut butter sandwiches?