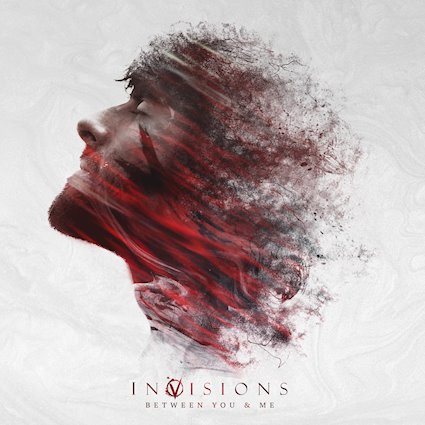 InVisions – Between You & Me

InVisions, Between You & Me
Stay Sick Recordings

Metalcore’s been having a tough time recently, as a lot of emerging content tends to have trouble differentiating itself from the competition – but InVisions have joined the prestigious ranks of those breaking that cycle with their inspiring second album.

Between You & Me packs a punch from track one. Good For Nothing features vocalist Ben Ville mixing demonic tones with intense instrumental sections and meaningful lyrics. He touches on how we’re ‘all searching for something’ and it’s the sort of message that makes metal so unifying. The song feels so fresh.

Heretic is another highlight. It’s packed with monstrous vocals and guitars inspired by 80s thrash – the golden era of metal! The speed and pitch variation mixes beautifully with Ben Ville’s charming natural voice. Then there’s the biting Dead To Me and closer Destined To Fail, which mixes every unique aspect of all that precedes it – it’s the kind of metal song that caused fans of the genre to fall in love with it in the first place.

2019 is shaping up to be a hell of a year for heavy music, and InVisions look like they’re destined for great things.

Between You & Me is out 8th February via Stay Sick Recordings.