Interview with George Schmitz, Stick To Your Guns 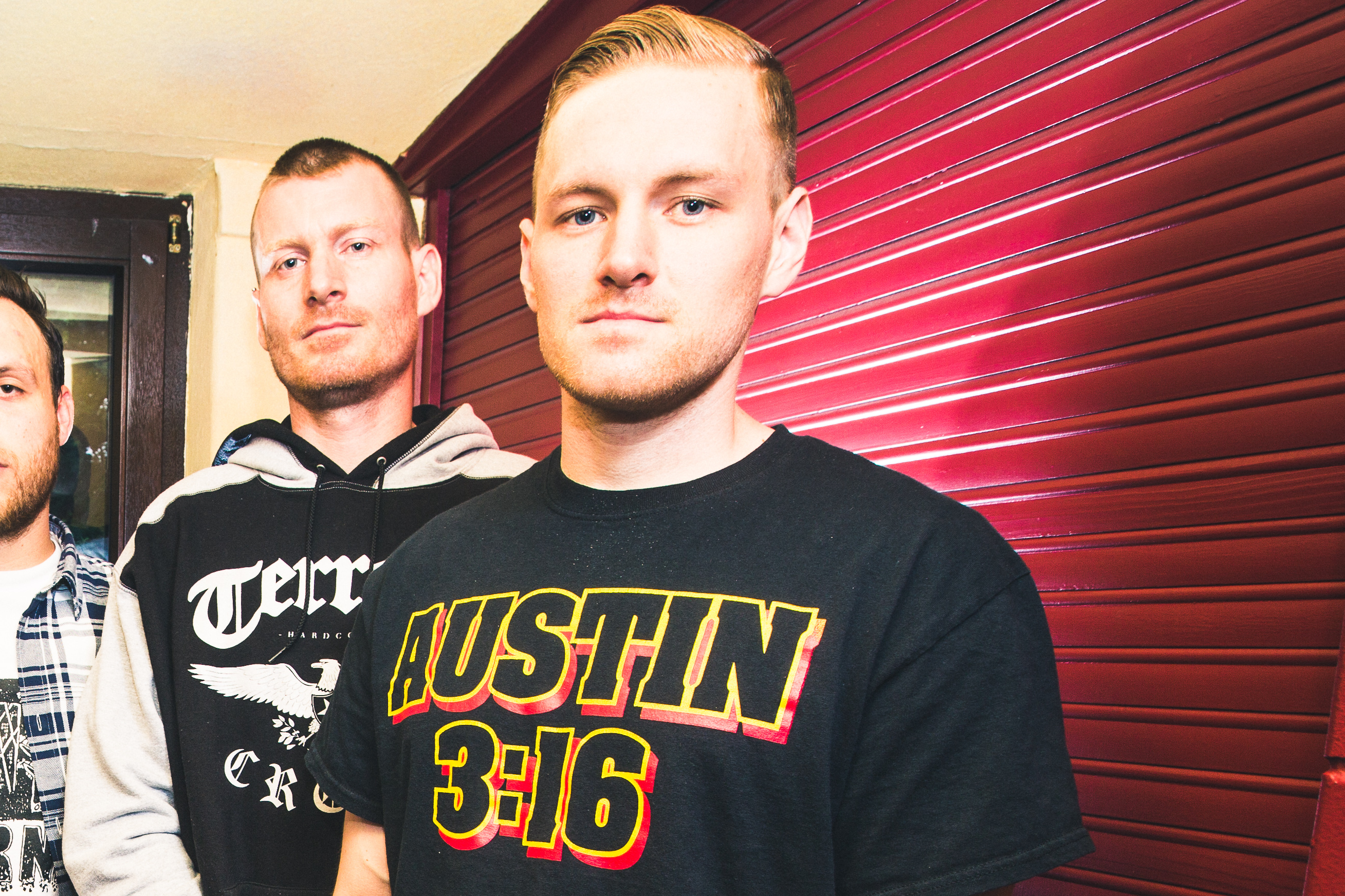 The Best View Comes After The Hardest Climb

Six albums into their career, Stick To Your Guns are starting to get the recognition they deserve…

It’s Saturday night in freezing Amsterdam and a long queue of Dutch fans are already eagerly waiting for the doors of Melkweg to open. Inside, George Schmitz – all round nice guy, board game enthusiast and energetic drummer of Stick To Your Guns – is enjoying the calm before the storm. Sitting opposite him is Michael McGough, singer/guitarist of Being As An Ocean. Also a good dude, but clearly less enthusiastic about the board game he’s been coerced into playing, he’s happy to let Sound of Pen tag in. Following a quick run-down of the rules for ‘Super Rhino!’, we begin.

At the same time as trying to construct walls and roofs out of cards, then, George reflects on life in one of the planet’s most crucial bands. STYG are seventeen dates into their latest trek across the globe and any expectations he had for the trip have been, “completely obliterated. This is the best tour we have ever done. Which is insane, because we’re fifteen years into being a band now. It’s overwhelming. It’s overwhelming and it’s surreal that we are still able to do this at all, that anyone shows up! This year we are playing not only some of the best shows we have ever played, but also some of the biggest headlining shows we’ve ever played.”

If you’ve listened to any of the Californian quintet’s fearsome back catalogue, you’ll know the band’s burgeoning popularity is well-deserved. We know it. Everyone waiting outside tonight knows it. And the band’s drummer acknowledges the commitment of the hardcore crew who passionately believe in what STYG stand for. “In Europe, trends don’t come and go as quickly,” he thinks. “Kids aren’t as fickle. And I don’t want that to be an indictment on kids in the States. But kids in the States are quicker to hop from trend to trend. While in Europe I feel if people like your band it’s like, ‘No, I’m a lifelong fan. I’m here and I’m dedicated.’ But I don’t know… I just play the drums!”

The fact is, STYG are making an impact all over. And if you’ve ever heard STYG’ frontman Jesse Barnett speak, you’ll have a sense of why. Socially aware and acutely in tune with the needs and hopes of our generation, the singer feels like someone we can put our trust in. Musically, the band are certainly proving that they won’t let us down. New album, True View, is a masterpiece. “It’s been kind of similar to Diamond,” Schmitz says, “where, when we put it out, we just started playing songs and people already knew the words, and we were like: “Woah, that’s crazy!” We’ve found that with this record again, we can play tracks that aren’t singles or are deeper tracks on the record, and kids still seem to be responsive.”

Not that it’s just the younger hardcore audience who are buying into the band’s music. True View is different to previous albums, it touches on mature themes, and it sometimes feels like you almost have to be approaching your thirties to have experienced the kind of topics it covers. “I can see how it’s an age-appropriate record for STYG,” GS nods as he contemplates his next Super Rhino! move. “We’re at this point in our lives where we’re starting to really take stock of the choices that we’ve made and do a lot more self-reflection. But I don’t think that’s exclusive to a crowd our age. I think introspection and self-reflection are themes that any of our audience can identify with. And I don’t think it’s flying over the younger kids’ heads. I think that a lot of them are dealing with maybe not the same kinds of problems, but certainly similar. And it’s relatable in that sense. I know that when I was in high school, my favourite bands were much older than me, and they were still writing lyrics that really spoke to me… even though my problems were significantly different to someone who was in their late twenties. When I was in high school it was more like, ‘This homework sucks and my dad’s a d***.’ But at that point in my life, that’s what was important.”

I’m not growing up, I’m just burning out 🤮 📸: @moritzhartmann1

It’s interesting, then, to note that, for STYG, while it may not be school and parents at the top of their list of concerns right now, their personal issues have nonetheless scuffled their way back into the foreground. It’s a surprising change of focus considering that the band have never been afraid to voice a political opinion or two. Yet, at this time, when politics seem to be more a part of mainstream culture than ever, they’ve almost side-stepped the hot topics. And, of course, it’s not that those issues didn’t show up on their radar. George says that, like everyone else, they were thinking: “‘Oh my God, what is going on right now? Our country’s a piece of s***. Our lives are a pile of s***.’ But Jesse didn’t want to write a political record, because that’s the lowest of hanging fruit. Everyone knows that guy (do we need to name him?!) sucks and we should be rolling out the guillotines… but it’s just not the record we wanted to write.”

So, it’s not a more optimistic album. “Noooooo,” Schmitz laughs. And Barnett, who’s hovering in the background, laughs too. As do the rest of the band, but guitarist Josh James, for one, certainly has no idea what we’re even talking about. “EVERYONE IS ON DRUGS!” he shouts, even though quite evidently no one in this room is. The group’s relaxed frame of mind is clear and it’s a result of the hard work they’ve been putting in for so long now. When you’re doing all you can, when you’re pushing as hard as possible, there’s no point stressing. STYG have literally done all that they’re able – they’ve delivered stunning record after stunning record and their foundations, unlike those of our Super Rhino! construction, are strong. Certainly, this five-piece have earned the right to shout their names from the rooftops. Not that George finds it that easy. “Talking about yourself is always weird,” he admits, “because you want to be humble and when you’re like, ‘Our band’s sick, and we’re killing it,’ it makes me feel weird.”

So that’s where we come in. Stick To Your Guns are sick and they’re definitely killing it. Don’t say you weren’t told.