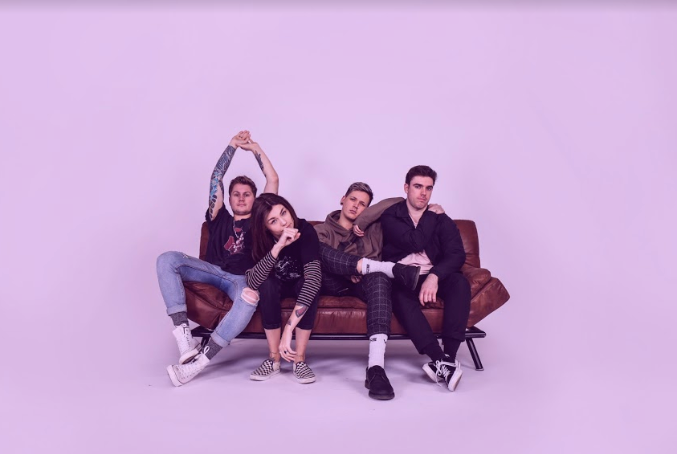 Hot Milk – Awful Ever After

Hot Milk, Awful Ever After
Self-release

You know that feeling you get when you hear a song by a new band and you just know they’re the next big thing? It’s a magical one that starts in your gut but makes your heart swell, and when that song is literally the band’s first ever release the feeling is intensified even more. Manchester emo-pop quartet Hot Milk’s debut single, Awful Ever After, is an instant hit; it has every ingredient a pop song could need, plus an extra dash of angst and a healthy heaping of raw, youthful energy.

With the vibe of a pop-punk band like Stand Atlantic mixed with the indie stylings of Pale Waves, and the sound of early Against The Current meets Nothing Personal-era All Time Low, Awful Ever After is a power-pop masterpiece from start to finish. Guitars fade in gradually before churning drums enter the mix, the song’s hook being established from the off – it’s a melodic refrain you’ll really struggle to get out of your head for the rest of the day. Not that you’d want to.

Jim Shaw and Han Mee share vocal duties; they both have tones perfectly suited to this kind of music, powerfully belting out every word with a rasp of angst. They harmonise like they’ve been doing it since birth, giving not-entirely-imaginative lyrics such as ‘stay sober, stay sober, drowning in the memory of you’ fresh life; the duo sound like they’re feeling every word of this song in their bones.

Hot Milk are currently on tour with You Me At Six in Europe; this exposure, along with the utterly addictive Awful Ever After, can only be a recipe for success. We’ve not been this excited about a new band in a long time.

Awful Ever After is out now.