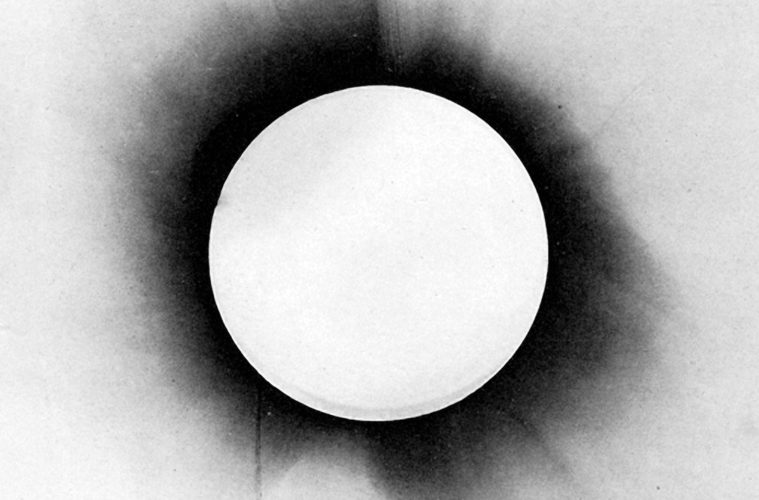 Happy Birthday, All Our Gods Have Abandoned Us

Architects, All Our Gods Have Abandoned Us
Epitaph Records

I don’t think anyone will ever forget the first time they screamed along with Sam Carter’s iconic growl of ‘all our gods have abandoned us!’ The album of the same name came out a mere two years ago, if you can believe it. 2014 release Lost Forever // Lost Together got Architects on the map, but it was the vulnerable, critical and gut-wrenchingly raw All Our God’s Have Abandoned Us that truly solidified this Brighton metalcore band’s place in our hearts.

With a sound so awe-strikingly full and alive, All Our Gods showcases Architects at their very finest: It has the drums, the vocals, the lyrics. Everything about it is a metalcore masterpiece. The true impact of the album most definitely lies within how honest it is. Lyrics very much questioning the gods and how merciful they are, the album feels like it holds late guitarist Tom Searle within each song. You can feel the grief within each song, the anger, the pain, and it results in an album so open and all-consuming that you simply cannot leave it without taking a piece of Tom away with you – and that’s what makes it so important.

Nihilist introduces the pain of the album with a relentless, unforgiving drum beat. The painfully intense growls of Sam Carter also ring out as soon as the album begins, quite a different approach when compared to their previous album’s instrumental introductions. It sets the tone for the album: resentful and aggrieved, as well as deeply saddened, shown by the moments of soft vocals from Carter as he talks of how disappointed God must be with the world, claiming to have ‘found God clutching a razor blade.’ Deathwish very much follows this tone, anger driving the pained cries of how it seems people nowadays ‘want to watch the world burn.’ Memento Mori is probably the most well-crafted song on the album, however, featuring a strange techno opening with echoed vocals and ending with an almost illegally frantic, violent drumbeat – it feels like the metal Bohemian Rhapsody, so many aspects pieced together in such an artful way.

One of the most exciting things about Architects is how recognisable their guitar riffs are; with such a distinct sound, you can pick an Architects riff out anywhere. Phantom Fear is a brilliant example of this: it just screams metal. A Match Made in Heaven also has brilliant guitar riffs, as well as having the tone one might expect to be the opener of an Architects album – this is most likely why it’s now their usual set opener, as All Our Gods is an album driven by frustration but the live shows do not need to begin in such a dark place. The song opens gently, the instruments slowly piecing together to grow into the an otherworldly harmonic, almost angelic sound in a way that mocks the idea of ‘prayer’ and reinforces the critical approach the album has towards gods.

The most significant and beautiful thing about this album, however, is definitely Sam Carter. Clearly the very obvious ‘BLEH!!’ Carter loves to proclaim after finishing his lines is iconic, but his softer moments are also just as thrilling. It’s not something you can say about many metalcore bands, but Carter can sing just as well as he can scream. Gone With The Wind is most definitely the greatest example of how emotive he can be even when he isn’t screaming. The breakdown and singing of ‘a sickness with no remedy…’ always hits you with its vulnerability. The song is also very much about Tom Searle’s cancer, a fact also shown by the band closing their set with it at their Brixton show in November 2016 following Dan Searle’s speech about his brother. Other song From The Wilderness also features the quote ‘the only thing that grows in the human body after a certain age is Cancer,’ very clearly addressing Tom’s illness.

The entire album feels like pained catharsis and that’s what makes it so important to people. The album is honest in a way that breaks barriers between you and the band – it’s weak in a way that feels strong. Whilst heartbreaking, the album also has a rhythm that makes you want to celebrate a life passed by moshing and screaming along to the lyrics, reviving Tom momentarily when the song is played: the album is so important because of who it represents. Album closer Memento Mori quite literally means an object kept as a reminder of the inevitability of death: the band wanted Tom to live and breathe within the album, and there is no doubt that he does.