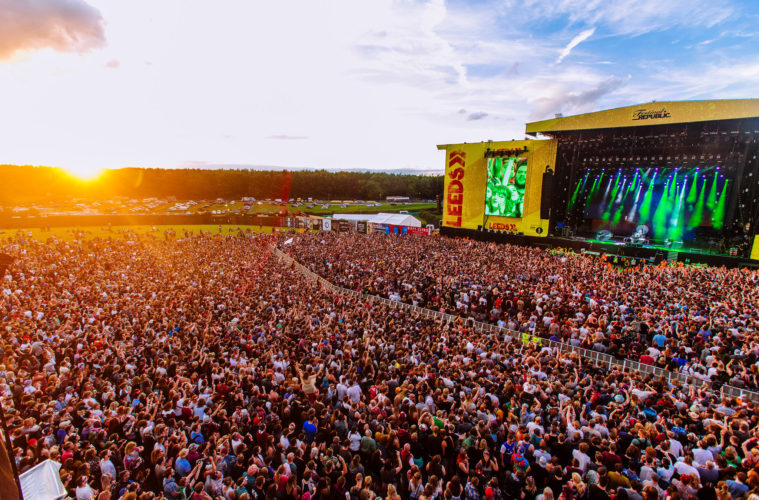 If Reading is like a hyperactive squirrel after eating a bowl of sugar, sister festival Leeds is more like a capybara after a big lunch. The northern leg of our favourite weekend is way more laidback than its southern counterpart and the bands have to work harder to get the crowd punching their fists in the air.

Against The Current don’t mind. Chrissy Costanza is the perfect all-American frontwoman and she doesn’t shy away for a second from the challenge of getting the early-afternoon crowd hyped up. She oozes class and confidence, and songs like the poptastic Talk and the vast Wasteland prove absolutely irresistible.

Architects are a completely different proposition. The heaviest band on the bill, they are in crushing form. Sam Carter is in a particularly aggressive mood and, before storming into Gravity, he orders the crowd to start surfing. Downfall is preceded by a moment of remembrance for guitarist Tom Searle who died last summer and everyone feels the shivers down their spines. It’s an intense moment in an intense set.

When Architects depart, Leeds feels more cool and collected once again. Perhaps too much so. Surely more people should be trying to get to the Lock Up stage for the endearing Muncie Girls. That so few are watching the Exeter outfit, though, perhaps says more about the festival than the band. Just five years ago, it was still a rock event for rock fans – albeit with a dance stage tagged on. Now, the NME tent is chock-a-block with Radio 1 acts. A more mainstream crowd means less Muncie Girls fans. A travesty.

Tired Lion suffer the same fate which is a shame given they have only just made it from Perth after more than twenty hours of travel. Frontwoman Sophie Hopes takes note of the lack of interest. “Do you guys even like rock music?” she wants to know, before attempting some beatboxing and asking whether her band should be playing something more like that. Thankfully, Tired Lion stick to what they know best and deliver an immaculate set that recalls The Smashing Pumpkins at their wooziest.

At least we know Liam Gallagher’s always going to pull a crowd. And, yes, we’ve heard most of these songs a million times, but eight years after Oasis’ split, tracks like D’You Know What I Mean? and Slide Away have been invested with a new sense of nostalgia. And although Gallagher’s minimalist approach to showmanship means his hour-long set does start to drag, new songs Wall Of Glass and For What It’s Worth impress. The sun may be setting behind the main stage as Gallagher pulls his hood up and launches into Wonderwall, but his solo career might actually be about to take off.

One band definitely taking off are Neck Deep. Back in the Lock Up tent they’re bringing proceedings to an end. And what a way to finish. They play Don’t Wait live for the first time and Sam Carter joins the Wrexham crew on stage – he’s as pumped up as he was for his own set six hours ago and everyone present knows they’re watching something special. It’s a feeling that doesn’t let up. Not when we’re singing along to December, not when we’re on each other’s shoulders for A Part Of Me and not when we’re throwing ourselves around to Can’t Kick Up The Roots. Tonight, Neck Deep are incredible enough to excite even the most chilled-out of capybaras. And that’s saying something.