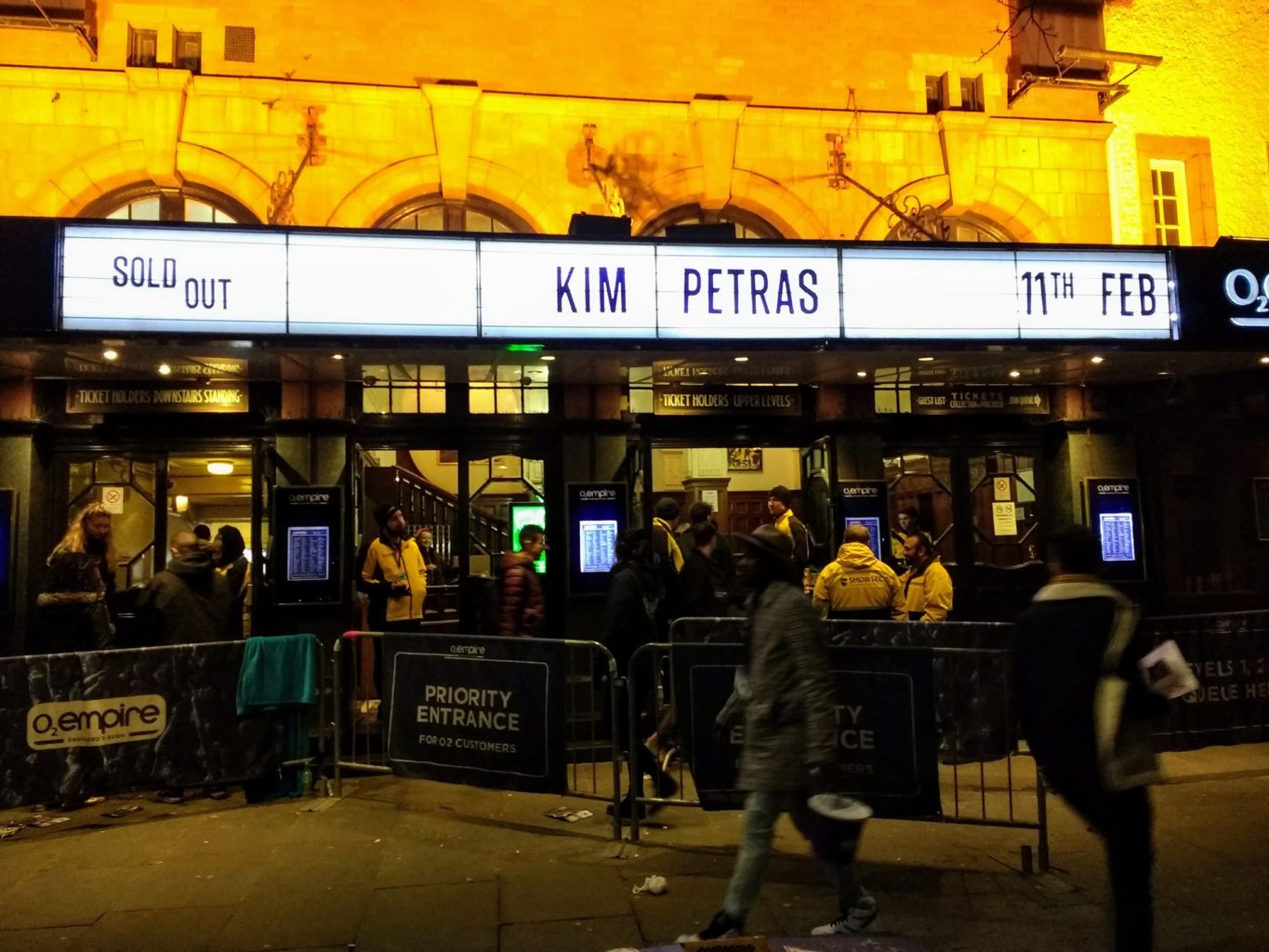 There aren’t many seventeen-year-old girls in the crowd tonight. Just me maybe. It’s bananas. Kim Petras makes the best escapist pop on the planet and I don’t know anyone my age who wouldn’t benefit from getting away from reality for a couple of hours. Whatever. There’s something extra-liberating about being in a place where no one knows you and no one’s the same as you. Although OF COURSE underneath the surface I’m no different to the rest of Kim Petras’ fanbase. Yes, most of the people here are men and most of them are gay, but if anyone’s demonstrating that gender and sexuality are kind of irrelevant, it’s Petras. Or is she actually proving that those things are hyper-significant? I’m not sure I’ve worked it out yet.

The singer’s music, though? I’ve definitely sussed that. And if you haven’t quite got to the same point yet then it’s probably because you haven’t completely let yourself go. Songs like I Don’t Want It All and Do Me demand your full investment. Kim Petras is selling a fantasy and you’ve got to suspend your disbelief the same way you do when watching a Shakespeare play. If you can’t even allow yourself to believe for the length of a Petras show that shopping at Prada will make everything better, then the singer’s probably not going to be able to help you: I mean, she can shower you in glitter, but she can’t make you believe in its magical power.

It’s clear, thankfully, that every person congregated in Shepherd’s Bush Empire for this last show of the Clarity tour absolutely does believe in the magic of glitter – each person in this sold-out venue is totally committed to Petras’ alternative reality. And so we inhale her bubblegum pop melodies and feel way lighter than we ever do when stuck on the daily treadmill of school, work etc. Petras looks ecstatic to be the one leading us away from the drudgery. Like a little girl whose Barbie collection has come to life, she looks at us in amazement and then dances excitedly when she realises we really will do whatever she tells us.

Not that it’s all party, party, party. Sure, Petras can appear both diva-ish and ditzy – the costumes on show tonight are evidence enough of that: the swimsuits, sunglasses and risqué prom dresses all add to the sense that it’s not February and we’re not in dingy west London. But like a 21st Century Marilyn Monroe, the newest pop icon is actually as solid as she is superficial and as raw as she is romantic. Her concoction of the real and made-up is insanely tantalising whether you’re seventeen or seventy.