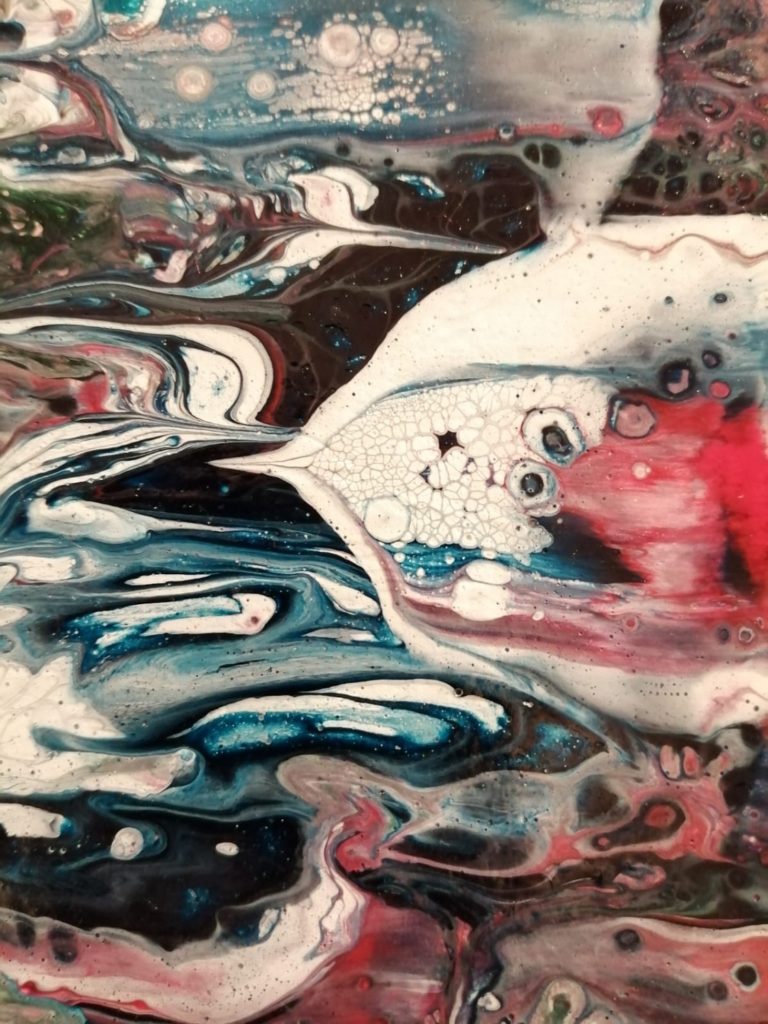 Amber’s not allowed to have her phone in her room at night. Her parents take it when she goes to bed and only give it back once she’s ready to leave for school. It’s so harsh. But it explains the glow on her face. She’ll only have read about the Faint December tour in the few minutes it takes to get from her stop to mine. When she sees me, though, she realises I’m not as full of beans as she knows I should be. Quite the opposite. It’s as if someone’s thrown my beans in the bin. I’m an empty can. Not good.

I know I’m telling her what she already knows but I know too that her focus won’t have been on the precise date. Like me, she’ll have been completely consumed by the fact that Faint December are coming and that at last we’ll have the chance to see them up close. As soon as she hears the words come out of my mouth, reality hits. More like it crashes. Smashes us to smithereens. Before I know it, I’m crying. I don’t want to be. I hate it when I cry in public. But it’s all too much. All those thoughts about Dad, combined with the disappointment of knowing I’ll miss the Faint December concert, are smooshing down on me. I lean into Amber so that no one else on the bus can see but it’s too late for that.

“Steer clear of Daisy,” I hear one boy say as he walks past my seat and towards his friends at the back of the bus, “it must be her time of the month.”

This makes me cry harder, not because I particularly care about anything those immature boys say, but just because the day already feels unbearable. And then I cry even harder when I realise the boys will be thinking they’re the ones who have made my sobs increase to the point where everyone can hear me. I hate the fact that they think I care about what they say, that I’d let their stupid comments affect me. And then I cry even harder because I probably do care what they say and that makes me so stupid. I’m upset on so many levels now, it’s difficult to know how to start calming myself down. Amber holds me until eventually I stop weeping like a lunatic.

“You know what?” Amber whispers in my ear, “we probably wouldn’t even get tickets anyway.”

“Last time they were here,” she says “they sold out the O2 Arena. That place holds, like, twenty thousand people. This time they’re playing at Brixton Academy. You can only get a few thousand in there. Like, only a quarter the amount of people or something.”

I manage to catch my breath.

Amber knows I’m going to be okay. She lets go of me and kneels up on her seat, turning around to face the boys at the back of the bus.

“You are horrible, horrible human beings,” she tells them.

Then she turns around again and grimaces when the boys voices start up, just as she should have known they would.

“You are horrible, horrible human beings,” they chant together.

Amber and I start to laugh and soon we’re in such uncontrollable hysterics, we’re finding it hard to sit up straight.

“You’re such weirdos,” one of the boys says to us as we pile out at the school stop.

“You’re such weirdos,” we mimic, and before I know it, the school day is underway.