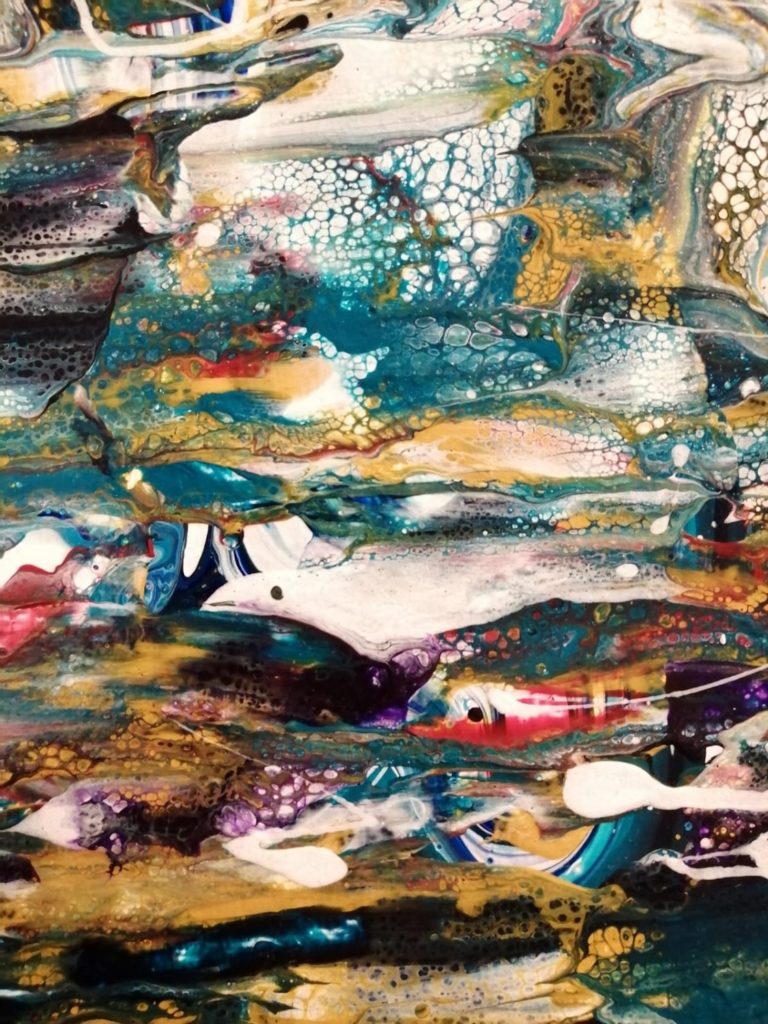 “What are you looking so happy about?” Josh asks me.

I’ve been in the kitchen long enough to pour my cereal, plus I’ve eaten a few mouthfuls, but only now is my brother acknowledging my presence. I look at him as he asks the question but immediately regret doing so. He talks with his mouth full and I can see his chewed-up cornflakes – some of them fly out in my direction.

“What are you looking so happy about?” I counter.

I know there’s no reason. My brother’s brain is full of empty spaces and he always has that goofy expression on his face. For a moment, he looks like he’s about to answer but then his attention is diverted by the television and he forgets about me altogether. Inwardly, I sigh. Only one year until he goes to university. Thank God they let any old doofus in these days.

I get back to the important business of thinking about the Faint December concert. Mum won’t want us going on the train, not if it means coming back late. She’ll drive us, though. I know she will.

As if I’ve wished her into the room, she enters the kitchen. She’s putting her crystal earrings in, the ones Dad gave her for Christmas a few months before he died. Watching Mum fix them into place, I remember the moment so clearly. She’d been so pleased with the gift before even opening it, as if she’d already known that it would be the last Christmas present she’d ever receive from him and that whatever was in the box would go on to have an indescribable significance. Of course, that couldn’t have been the case, but my memory of that moment is so vivid, it’s as if I can still see the tears glistening in her eyes. Mum catches me staring at her.

The importance of my current mission means all other concerns vanish back into the hiding places they normally inhabit. I bounce over to Mum and put my arms around her middle. I squeeze her tight. She laughs.

But I know she doesn’t mind.

“Mu-u-u-m,” I say, stretching out the central vowel in a way that makes it clear I want something.

She responds with an ambiguous, “Uh huh,” as if already preparing to turn me down flat.

She won’t say no to this, though. She can’t.

“Faint December are going to be playing in London.”

This time it’s her turn to stretch out the word’s middle syllable. She isn’t going to commit until she knows all the facts. I reel them out. She stops what she’s doing and pretends to weigh the situation up. I vibrate up and down on my tiptoes. Waiting her for to say something is a bit like that feeling of waiting for a teacher to tell you your exam result. You know you’ve passed. You revised hard and you hadn’t really struggled to answer the questions. Still, you can’t help but be nervous.

“I think we can probably put a plan together,” Mum says at last.

I’m relieved. This is a big moment. Only Josh could think to ruin it.

I can’t even be bothered to give him a withering look. This is the best morning ever. I finish my breakfast quickly, still standing as I scoop up the last few spoonfuls. I put the bowl and spoon in the dishwasher, run upstairs to grab my bag and then back downstairs. I do not want to be seen sprinting for the bus again.

As I’m leaving, Mum calls out.

“So, what’s the date of the concert?”

It’s the anniversary of Dad’s death.

How had I not realised? I was too caught up in my own selfish desires. But still I want more than anything to be able to go to the concert. I look at Mum guiltily. I don’t need her to tell me that it won’t be possible. That’s our day together. We’ll visit Dad’s gravestone and we’ll see other members of our family. We’ll drive out to his favourite spots because if we don’t do that, it’s as if the things he liked doing don’t matter anymore. When Mum hears the date, she doesn’t say anything. She doesn’t need to. She can tell by the look on my face that I’ve realised. And she also knows that I won’t ask her if there’s some way we can work it out so I can go to the Faint December show. I won’t put her in that position.

“I’m going to be late,” is all I can say and I fling myself out onto the street.

I power-walk towards the bus stop and I’m there before the bus comes into sight.

Go back to chapter 1 and follow Daisy’s journey from the beginning.