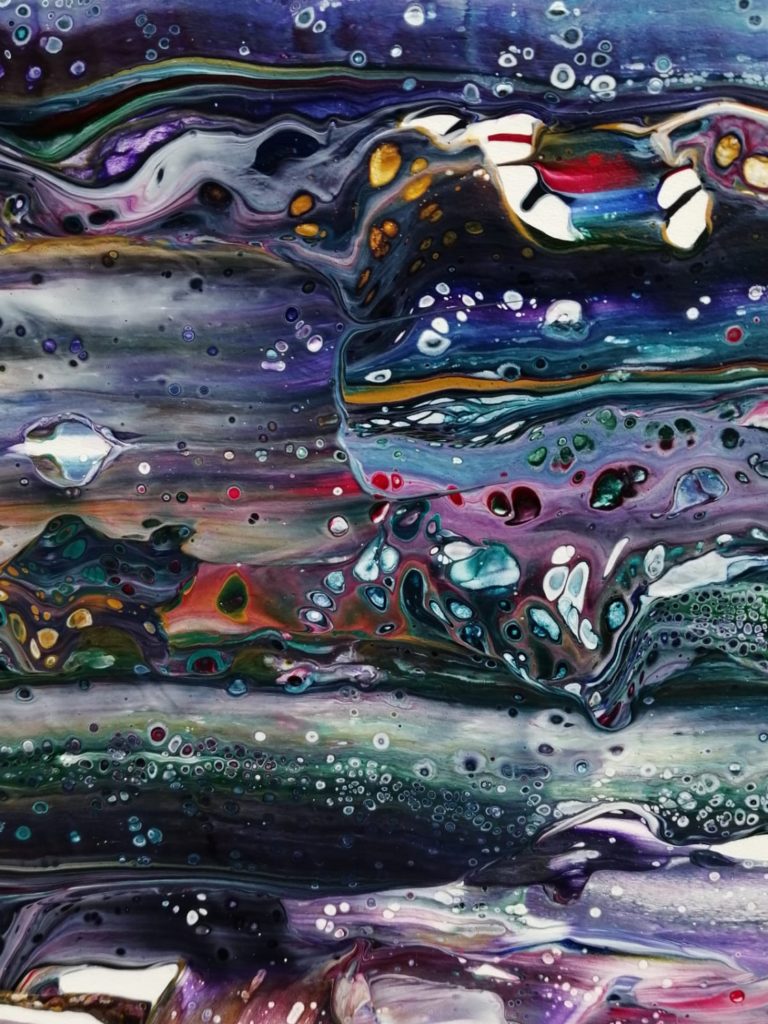 When I wake in the middle of the night, it’s like the blackness of my bedroom has crawled inside me. I feel swallowed by it. Like someone’s put me in an envelope and sent me to a place that doesn’t exist, then just left me in the envelope. I can’t get out. I can’t get out. I have no control over these feelings.

I reach into the darkness; my headphones are ready and waiting; the music I need to hear is already cued. I press play. Faint December. The band’s music pours through me, shoving the darkness back into the corner. I can keep an eye on it there. I know I’ll be alright now. At last I fall back to sleep.

I wake again when Mum pulls my headphones off.

“You’ll be late for school,” she says and kisses me on the top of my head.

She leaves the room and I hear my brother, Josh, emerging from his cave down the hall.

“Alright, freak,” he says when I enter the kitchen.

I ignore him and he turns his attention back to the TV. I look around me. Everything’s where it always is: the same cereal boxes on the counter; the plastic bottle containing Mum’s red-topped watery version of milk and the blue-capped real stuff for me and Josh; the fruit bowl placed in a way that means we always have to stretch across it.  Mum gets everything out and ready every morning. She remains hopeful that someday we’ll grab an apple or a banana rather than head straight for the Coco Pops. One day I’ll do it just to see her face.

Josh is laughing at something on the TV, his mouth too full with cornflakes, milk dribbling down his chin. The cartoons have finished and I don’t know what he’s laughing at – something disgusting probably. I have loads of time, so I eat my breakfast slowly, then somehow I’m late and I have to run for the bus. It overtakes me but then waits at the stop for me to catch up. I climb on, looking only for Amber.

“You’d think she’d be early,” someone says, “it’s not as if she spends time putting make-up on.”

I hear the boys’ comments just like I know they want me to. I think of shooting them a poisonous look, but it would only deflect off them the same way it would rebound off the mascara-thick force field of the girls sitting amongst them. Why don’t they stick up for me? Shouldn’t any girl hate to hear other girls spoken about like that? Who am I kidding? For the back-of-the-bus crew – the nitwits as I like to think of them – school is a fashion show. I’ve got more important things to be thinking about. That’s what I tell myself.

Amber raises her eyebrows at me as I let myself fall into the seat next to hers. She doesn’t say anything. She doesn’t need to. Her thoughts are the same as mine. I know this as absolutely as I know the sky is blue. I glance out of the bus window. Well, blue-ish.

The bus drops us a few metres past the school gates. As we walk back and turn into the long driveway, Josh pulls in too. In his car. He pretends not to see me, and Amber has to pull me out of the way before he knocks me over.

“Takes one to know one,” Amber says.

And so our day begins.