Faint December 9: Crawl Back In 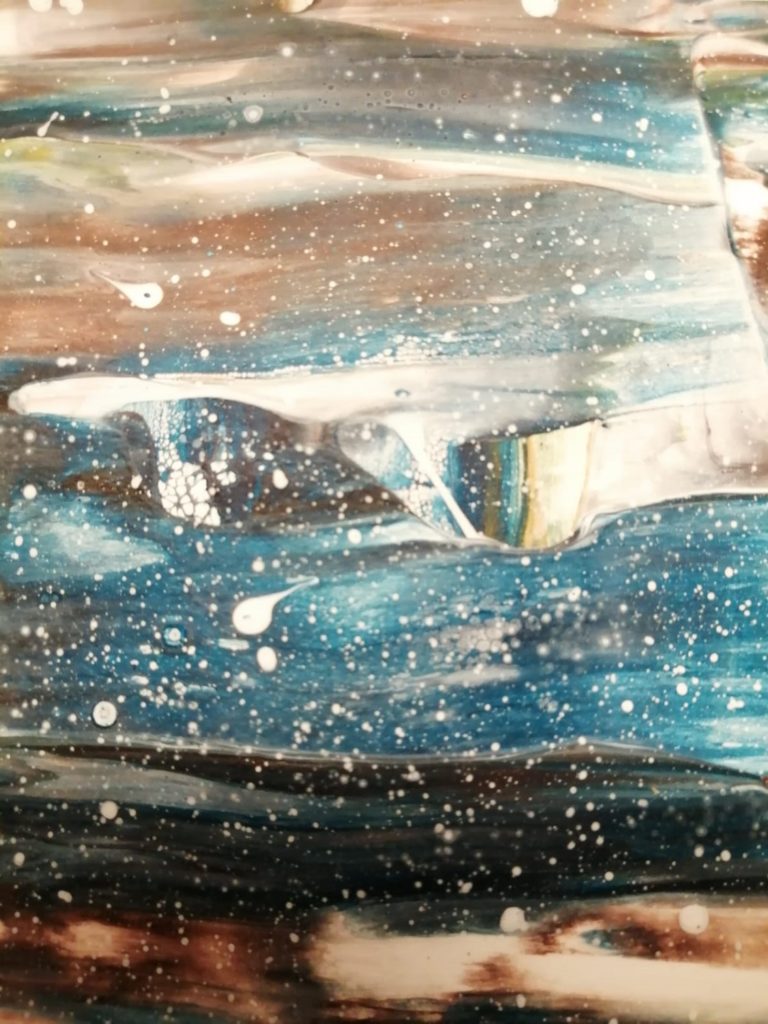 Chapter 9: Crawl Back In

The afternoon passes by much as any afternoon at school passes by. I’m crestfallen but I’ve become used to shoving sadness and frustration to one side. It helps to be at school. I was back here the day after Dad died and everyone had seemed shocked by that fact. But being there was normal and I’d needed normal. Even Josh came in that day. Normally, he’d have jumped at the first opportunity to skive. But like me I guess he’d needed school’s solidity.

Josh is always saying how much he hates school. I don’t feel the same. Lots of my favourite songwriters seem to detest the time they spent in education. Ben Chester was bullied and I know lots of other people have that experience too. And, sure, I get called names but only by people who would have trouble knowing one end of a pencil from the other. I get laughed at but only by people who find animal cruelty amusing. I get pointed at and teased but only by people who would point at, and tease, Gandhi. God, that sounds like I’m comparing myself to Gandhi. I’m definitely not. I’ve got more in common with that squirrel thing in the Ice Age films. I’m just saying that the people who don’t like me would find a reason to hate Gandhi, or Mother Teresa, or Buddha. So, frankly, I’m not going to give their opinions much cred.

I admit, though, school can make you feel bonkers – and there are plenty of paper bags with better music taste than most of the people I share classrooms with – but mostly we’re all just doing our best, hauling ourselves from lesson to lesson. And we’ve all got our place. Mine is with my friends. Hanging around with them all the time is a bit like dating I reckon. Which might be a weirdo thing to think. But it’s all so intense. I love it. We’re the most important people in each other’s lives. There’s a Faint December song and the chorus revolves around the line: ‘Friends like lovers.’ I totally get that. And in a way it’s better that dating. It’s purer. Or something. Or maybe I just don’t know what I’m talking about. I’ve been on zero dates and there’s probably zero reason to be hopeful about my romantic future. But I’m fine with that. Just looking at most of the boys at my school makes me feel icky; they say such repulsive things and sometimes just being near them gives me the same feeling I get when I accidentally touch the chewing gum stuck to the underneath of every desk in the whole school. It’s stomach-churning. Me, Amber, Lia and Chloe, we’re a team. I know I can tell any of them anything. Except maybe that them being my friend is a bit like them being my date. I’m never going to say that out loud. Obviously.

It’s Wednesday so Amber has netball after school. I get the bus on my own. I used to play netball too but I was never any good and I really only kept it up for Amber. I didn’t complain about it but you can’t keep anything from my best friend so she absolutely knew when the last drips of enthusiasm I might have had for trying to throw a ball through a hoop had drained away. We were drinking hot chocolate in our favourite café when she lifted her hands in the air and wriggled her fingers like a fairy godmother.

“I free you from the great responsibility of playing netball,” she’d said.

And just like that, my wish was granted. I stopped going to netball practice and although it was a bit insulting that the P.E. teacher never sought me out to find out why, overall I’m happy with how things have turned out.

There’s no one at home when I get back. I watch clips of Faint December performing live and try to convince myself that the experience of actually being at a show wouldn’t be that different to watching it on my phone. A message comes through from Lia. ‘Luv U,’ it says. I smile and I tap my reply out: ‘u2’.

I don’t know how long I’ve been lost in music videos, but it’s dark when Mum appears in my doorway. She makes me jump.

“Do you know where Josh is?” she asks.

I roll my eyes in a way that makes it clear I don’t but that I can probably guess.

“He promised me he’d be home for supper.”

I put my bottom lip over my top lip in a way that shows Mum I feel sad for her. Because I do. Even though she should know better. But I guess that’s life as a parent. Always hoping for the best from your kids. I don’t want to let her down. And I don’t want Josh to either. Dad’s already let her down enough. Does that sound harsh? Maybe. But it’s the truth.

At least Josh will crawl back in eventually.