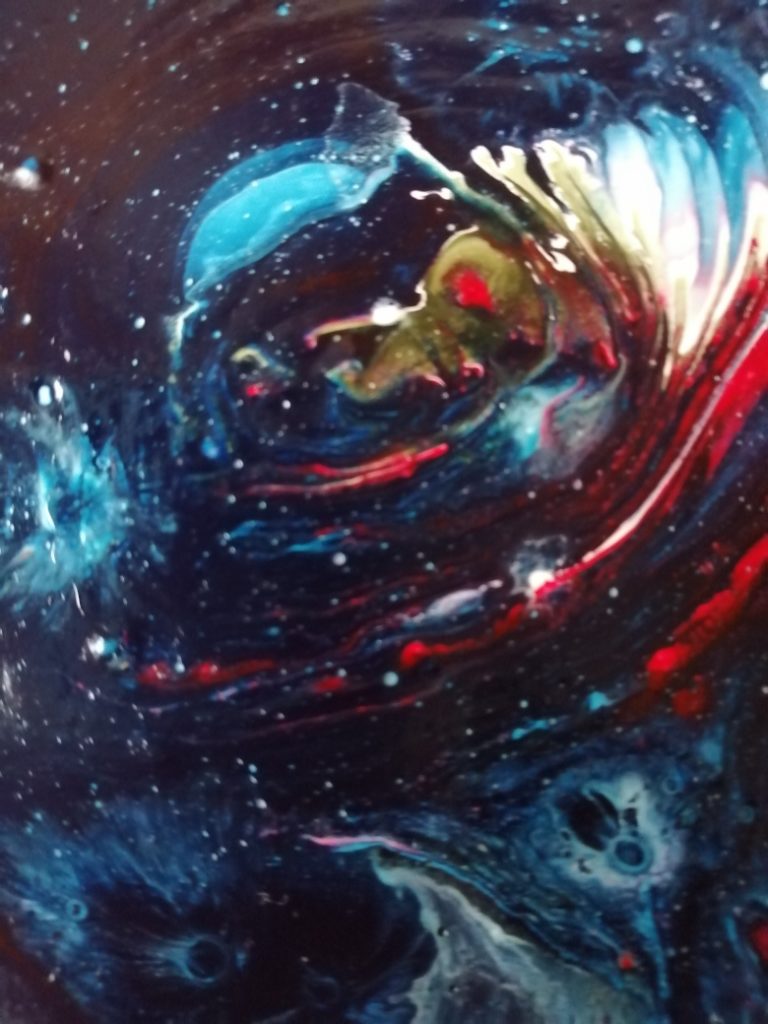 “I feel like I’m going to explode,” I say and the others know exactly what I mean.

It’s all we can do to stop ourselves from shouting and screaming. That’s the kind of night it is. I haven’t got a clue what to do or say but I need to vent.

Brixton Academy may be shut but it’s lit up and there are security people dotted around. We look up open-mouthed at the sign underneath the half-dome that covers the entrance. It still reads: ‘Faint December – Sold Out’. The red letters seem to glimmer in the darkness. Amber shakes her head.

The flowers on the steps in front of the entrance create a rainbow of colour. There are people everywhere, looking at the makeshift memorial site with the same kind of concentration that we are. No one can quite take in that Ben Chester has gone.

“Does this mean Faint December will never play again?” Amber asks and I feel crazy because I haven’t even considered that.

“How can they go on without him?” Chloe asks and I know she’s actually looking for us to explain it to her.

She’s only in this moment because her best friends are, she’s not a massive music fan and she thinks we’ll be able to tell her what a band does once their frontman has killed himself. But the reality hits me hard – the band can’t go on. Ben is their voice. Was their voice.

I look over at a girl crying on her boyfriend’s shoulder.

I totally get why she thinks that. This feels like the end of everything. Faint December have kept us afloat and now they’re gone.

I step closer to the piles of flowers, still clutching my own, and I look at the messages people have written. I read one after the other: ‘RIP my inspiration’; ‘Legends never die’; Gone to rock heaven’; ‘We all love you and miss you forever’; ‘Too beautiful for this world of lies, greed, misery and hate’; ‘You made us all happy’ – there are cards and pieces of paper everywhere. I see words scrawled in huge, purple letters and in small, careful print, some chaotically formed, some calligraphed. It’s impossible to take it all in. It’s such a huge goodbye and yet somehow it’s not enough.

I put  my own flowers down.

“They’re pretty,” Amber says and she gives me a hug.

By the time we climb silently back into the car, I’m drained. We all are. Mum starts the engine without a word. There’s nothing more to be said.