FaiNt DeCeMbeR 32: bUrN iT dOwN 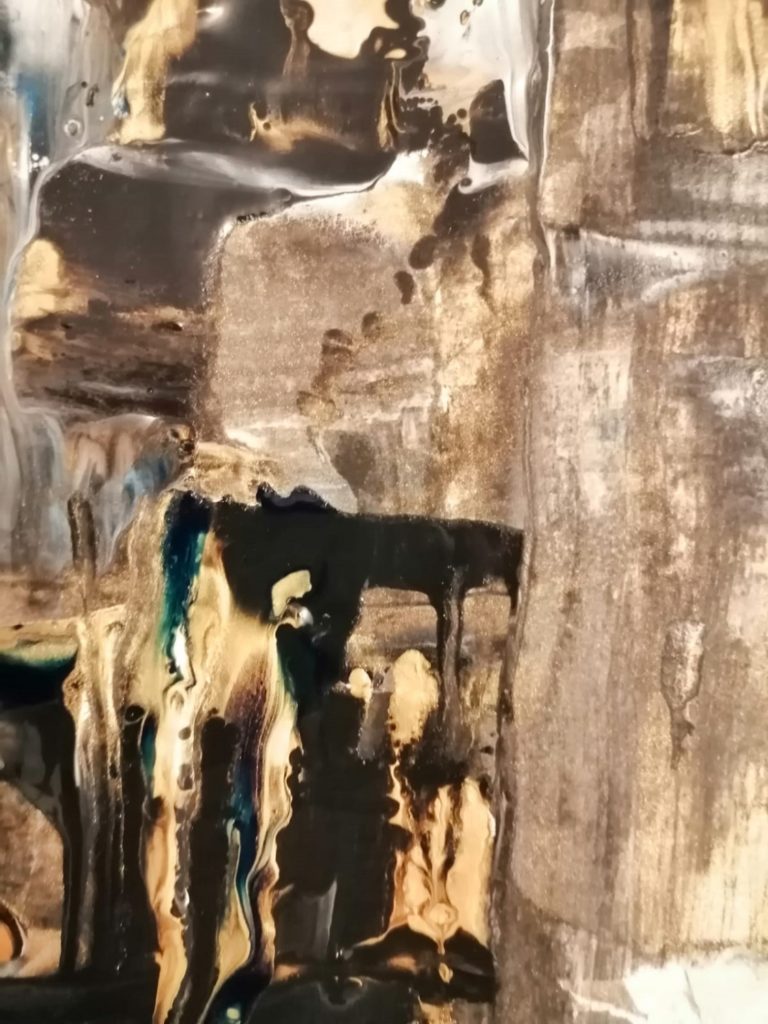 Chapter 32: Burn It Down

“Are you sure you don’t mind?” Lia asks Mum.

Lia is every parent’s favourite. She is unfailingly considerate.

“I don’t mind at all, sweetheart,” Mum assures her.

“Right, you girls get ready while I prepare some supper for Josh.”

My brother is in his bedroom, no doubt playing on his Xbox. I don’t understand how one person can spend so much time looking at a screen, playing pointless and violent games.

We try to get ready quickly but we’re torn between dressing how we want and keeping warm. Putting a coat on may be practical but it means no one will see my customised Faint December t-shirt. I’ve shortened the sleeves and sewn a fringe around the bottom of it. It looks pretty. Each of us are combatting similar dilemmas, and eventually each of us decide to sacrifice our coats. We immediately change our minds when we step outside. The temperature has plummeted. We rush back inside to gather coats.

“Are you sure you want to do this?” Mum asks, but she’s already fastening her seatbelt.

She knows the answer. I sit in the front passenger seat and the others pile into the back. Lia takes the middle seat, Chloe is behind me and Amber behind Mum. On my lap is a bunch of flowers that Mum collected from our garden while we were getting ready. The traffic is thick on the other side of the road, but not so much on ours. The workers are evacuating London for the day and the glare of yellow headlights coming in our direction starts to give me a headache. I tense up. There are roadworks and we’re filtered into one lane. There hardly seems enough room to squeeze in between the lines of cones. There are temporary signs telling us to reduce our speed and although Mum slows down, the cars in front have zipped almost out of sight, and when I look behind us the vehicle at our rear is too close. Chloe notices me looking around and glances over her shoulder too. The car is creeping ever closer to us.

“Hasn’t this numbskull read the highway code?” she wants to know.

“Well, he can be as impatient as he wants,” Mum says and she sounds a lot calmer than I feel. “Better to be late than dead on time.”

As soon as she says it, Mum clamps her hand over her mouth.

At first, I don’t even know why she’s apologised, but then I realise what she’s said and I understand why she thinks the joke was inappropriate.

As we get closer to the city, the traffic piles up on our side of the road too. The same car that’s been on our tail since the roadworks is still there and I can feel its desire to pass us. Faint December’s first album is playing on the stereo and as the fastest song kicks in it adds to the intensity I’m feeling. At last, there’s a section of dual carriageway and the car behind us shoots past, its engine roaring. The tension dissolves and we enter London.

There are crowds of people passing along the fringes of Hyde Park. In the darkness, I can hardly make out their faces. They walk under streetlamps but even then I don’t see them in detail. They look kind of magical out there in the disappearing daylight. No one in our car talks; we’re all soaking in the sights and the atmosphere. We cruise down Park Lane, a place I’m only really familiar with because of Monopoly. I hadn’t realised it would be so busy and so noisy. We pass grand, well-lit hotels; there are glossy men and women with suitcases, and old-fashioned doormen in top hats. I have a sense of falling back through time. London’s past is close enough to its surface to see. I buzz with excitement. Still no one speaks; it’s as if we’ve been stunned into silence.

As if to prove the point, I notice my awestruck reflection in the car window. I look around at the others and they look back at me. Our eyes are glowing. And then we seem to be on our way out of the city again. We’ve cut right through the middle of it and left the bright lights behind us. We cross the black, serpent-like river and the shops begin to look more beaten-up. One looks scorched as if someone’s tried to burn it down. The road curves deliberately, as if it doesn’t want us to know what’s up ahead, and then I guess we’re almost there because crowds of people block our path. Mum slows down and puts her emergency lights on as she pulls to the side of the road. There’s a skatepark a few metres behind us. Across the way, I can see a church.

“That’s where I’ll meet you,” Mum says pointing at the church. You call me when you’re ready. I won’t be far away.”

I know full well that she won’t even leave the car. She’ll stay as close as she can without letting us know that’s what she’s doing.

We open the car doors and get out. Mum pulls away. For a second, we stand without moving. I can hear the whoosh of skateboards, the noise of traffic and the sound of Faint December songs being played.