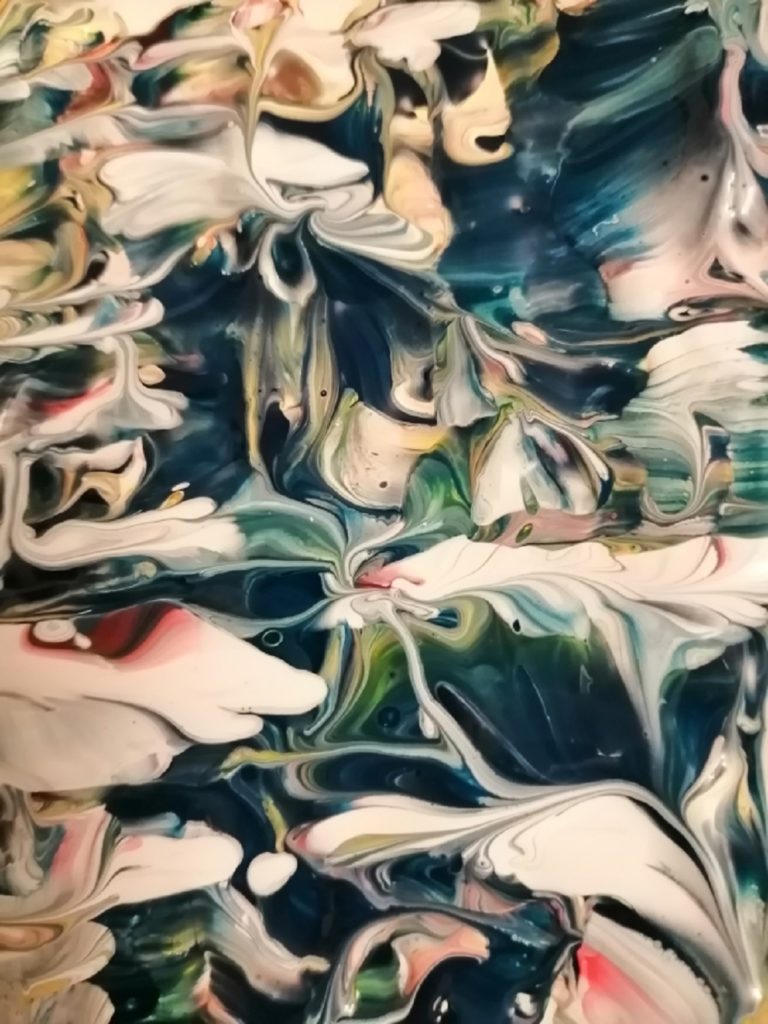 “Do you still want to go to school?”

“Okay, I’ll drive you. I’ll call the office and you get yourself ready.”

“I’ll catch the bus, Mum. Otherwise Amber will be on her own.”

“Well, let’s see how you feel when you’re dressed.”

Mum looks at me again.

“I’m going downstairs. Shout if you need me. I’m only a few rooms away.”

She steps back from me, looks me in the eye, comes back in my direction and kisses me hard on the forehead.

I focus on my routine. I shower, dress and then I brush my teeth because there’s no time for breakfast first. Even if there was, I’m not capable of eating a thing. Downstairs, Mum has got my cereal ready.

“Right, then,” Mum says and I know that she understands. “Let’s get you to that bus stop, then,” and she follows me into the hallway, shoving apples and bananas into my rucksack as we go.

She puts on her coat and I realise she’s walking with me. I think of arguing but actually I want her with me. We hustle to the bus stop and arrive at exactly the moment the bus pulls into sight. Amber sees me and Mum from the window and waves sadly at both of us. Mum blows her a kiss. She would never do that on a normal day – public displays of affection are prohibited – but today’s different. We all know that. Mum gives me a kiss too and I turn to wave at her as the bus moves off.

Amber and I hug and neither of us want to let go first. Unsurprisingly, our moment’s interrupted by a comment from one of the boys behind us.

“I told you they were lesbians.”

It’s too pitiful to warrant a response. I pass an AirPod to Amber and we ride the journey to school out without saying another word. Normally, we don’t see Lia and Chloe first thing. There was a time, back in Year 7, when we would all arrive at school early and meet up before lessons. These days, there’s zero chance of that. Amber and I haven’t caught that early bus in years and neither have Lia or Chloe. Back then, we hated travelling with the bigger kids. Now, we are the bigger kids. Today, though, our two closest friends are waiting by the front gates. They both throw their arms around us at the same time and we turn from four individuals into a mush of hair, school uniform and rucksacks.

Then I hear that word again.

And it might be the same boy from the bus, but this time it’s not said for comedy value. And of course it was never funny in the first place but hearing it now is worse because it’s like the boy really thinks the word ‘lesbian’ has sharp edges and that he actually wants to stab us with it. He really believes being a lesbian is something to be ashamed of.

Not that he’s going to get any response from us. We’ve all heard him, but as we come apart, we don’t say anything because we’ve learned not to waste our time on people that clearly live on a different planet to us.