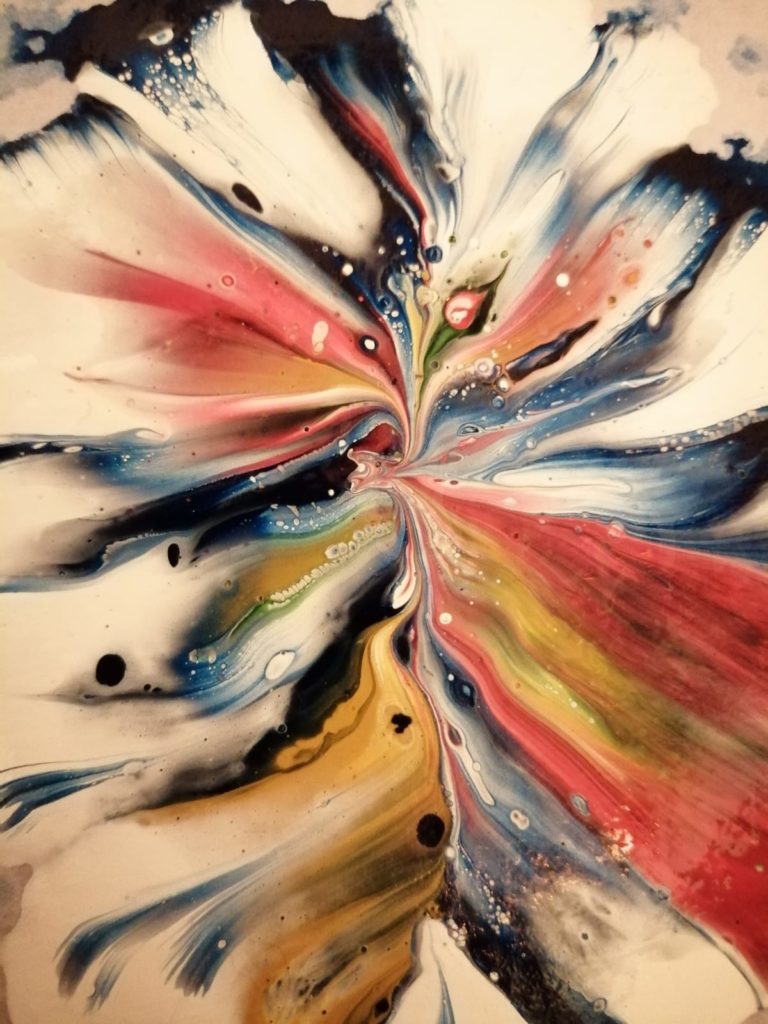 When we leave the penguin café, we drive to the graveyard. It’s enormous and I hate Dad being here, amongst all these strangers. Even on this perfectly blue morning, it’s hard to feel good about him lying under the ground surrounded by hundreds of other people he didn’t know. Josh leads the way from the car to his grave. I stand close enough to read the writing, but I don’t go right up to it like he and mum do. I guess there’s someone keeping everything tidy; us visiting doesn’t mean having to sweep away leaves (I know it’s spring but even in autumn this is true) or swap dead flowers for new ones. It’s not like in the movies. Not in any way at all. I don’t feel the sun on my face in a way that might suggest Dad is looking down at me from heaven or sense that I’m in any way closer to him – although, physically, I suppose I am. Maybe that’s why I don’t like it here. The idea of him under my feet, in a box, rotting. It’s enough to make anyone feel like they’re going to be sick. I turn around and walk back to the car.

Ten minutes later, Mum and Josh come back. Mum strokes my hair and hugs me. She doesn’t ask if I’m okay. She knows that would be the dumbest question.

Next stop is Gran’s. It will take an hour to get to her house and I want the front seat of the car. It’s not just that it’s nearer the stereo system, it’s a symbol of power. Josh is obviously not feeling his strongest. One look at my face and he takes the back seat without argument. Once in, I put a Faint December CD into the player. I flip the sunshield down and look in its mirror. I pretend to check my reflection. For what, I don’t know. A random baked bean maybe. It wouldn’t be a completely new experience to find that I’ve been walking around with some of my breakfast on my face. Really, though, I’m more interested in Josh’s face. How long will it take him to gurn in response to my choice of music. I can see half of his head in the reflection and I’ve got to hand it to him, he doesn’t look too upset by the sound of Faint December’s most recent single, Count To Ten, blaring out of the speakers. The half of the head I’m able to examine, in fact, looks pretty disinterested. I bet the other half is probably contorted with rage.

I try to forget about Josh and about Dad and about everything. I let Ben Chester’s voice inside me.

“I’m not sure what to do or where to go,” he sings. “I are still the same you say, but I say no; I am dying in full view like Marilyn Monroe.”

“I always thought that I could change, in spite of all the mistakes that I have made.”

The words reverberate around me the same way they always do. I close my eyes and keep them shut until we arrive at Gran’s.

“Mother Mary!” she says when she sees me.

She’s Irish and I don’t know if I’ve ever heard her utter a sentence without some kind of religious reference.

“Don’t you look just like your father, God rest his soul.”

I smile. She always says the same thing and yet each time she seems more surprised than the last. Or maybe it’s just her hair that makes it seem that way. It gets wilder and wilder. Today it’s springing in all directions like the top of a storm-damaged tree.

Gran believes that space is for putting stuff in. Always. Every nook and cranny must be filled with an ornament. There are umbrellas in every corner, a million pictures on every wall and pictures of Dad and the rest of us covering each shelf and mantelpiece. There’s a shot of Josh that always makes me laugh, he’s dressed as some kind of robot boy and he’s laughing in a way that makes him look so happy and so free. Which, all that time ago, might actually have been exactly how he felt.

Me, mum and Josh each have our own spot – me on the sofa with Mum, Josh in the chair where Dad used to sit – and those are the only gaps to be found in the sitting room. When we sit down, we’re like the final pieces of a puzzle being placed into position. I look over at where Josh used to sit, but his old seat is barely visible underneath the piles of books and magazines now living – I think really maybe literally living – there.

It’s not but she opens a window and maybe it’s not really the heat she’s bothered about, it’s the fog we’ve brought in here with us. Not that she’s going to let us mope.

She looks at me admiringly.

“Thank you,” I say, “although what I really mean is ‘whaaaaaaaaaaaaaaat!!!!!!’

Which is pretty much my response to everything these days because NOTHING makes sense.