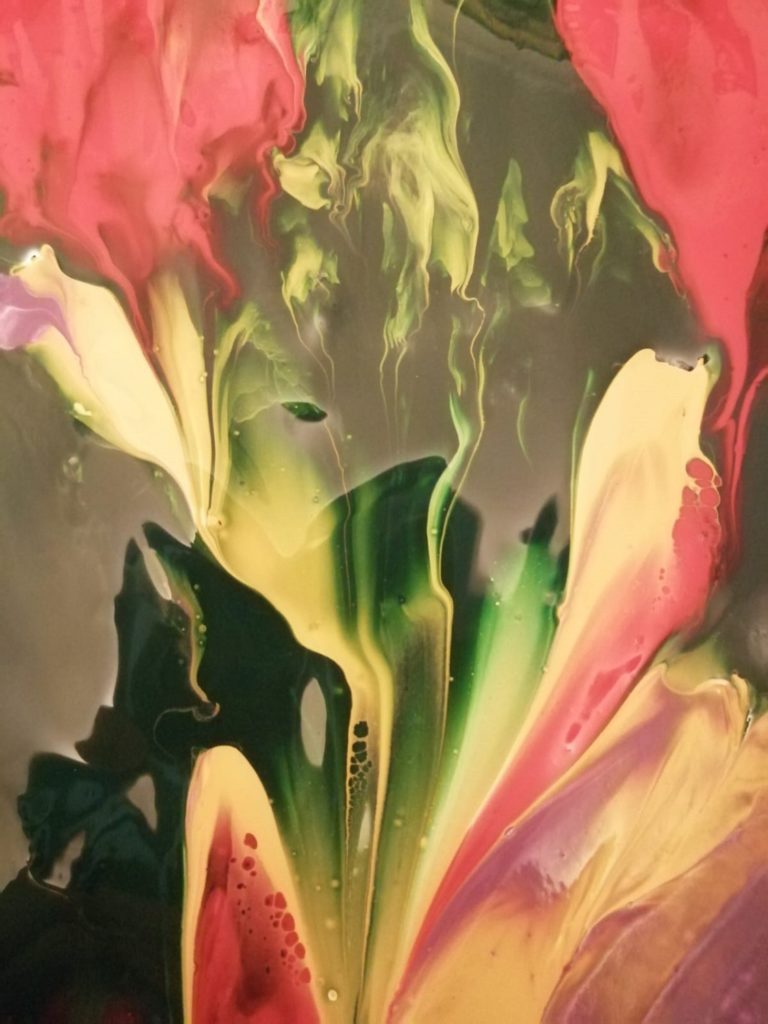 I can’t walk around all day with Dad or Charity bothering me, so I go back to thinking about Faint December. I know the band’s songs well enough that I can pretty much hear every detail of them without any music actually playing. It’s almost as if Ben Chester and the others are inside my head. Almost, but not quite. Can you imagine if they saw the mess up there? I’d be so embarrassed.

Thankfully, no one at school can see the junk rattling around my brain. One day it might fall out all over the place, but for now it’s safely out of sight.

“Are you okay?” Chloe asks me at lunchtime.

I’ve no idea what she’s on about, but I do know that if there’s no word to describe how I look, then that’s definitely something to worry about.

I run to the bathroom before class and look at myself in the mirror. Nothing unusual. I check again after lessons have ended. Normal. Well, not normal maybe. But normal for me.

I get on the bus.

“You alright?” Amber wants to know.

The implication is clearly that I’m not.

Amber looks like she’s about to say something else but then changes her mind. She chats non-stop about everything and nothing until we get to my stop.

No one’s home. I turn Faint December up loud and forget about everything apart from the music. Mum comes home, then Josh does too. When it’s time for bed, I’m glad. Nothing’s really happened, but still it’s been a weird day.

Of course, there’s no escaping the weirdness. I don’t know what time it is when I wake in a panic, my brain urging my body to sit up, my body refusing to obey. My different parts are all disconnected from each other. I’ve been trying to train myself to rise above the fear, to cut through it, to reach a level of consciousness that might then enable me to take control of the situation. And I am at least learning to lie still and wait for the feeling of being held prisoner to pass.

I’m helped by a voice that I’ve started hearing. Not that I exactly hear it, it’s more like I feel it. If that makes any sense. Which it probably doesn’t.

The voice is tiny, as if it’s far, far away – but I think maybe it’s telling me that I’ll be okay and, on some level, I’m starting to understand that voice and trust it. Of course, that might be a lunatic thing to admit. Maybe the voice is just a sign that I’m going more bonkers than I realise. I’m like a factory-farmed chicken who in its own deluded way thinks the hands reaching for it are at last going to put it back in a field where it belongs.

I’m tired of struggling and it’s a relief not to be resisting so frantically. And, yeah, I get how that probably makes me totally stupid. What if I’m being experimented on by aliens? Maybe it’s their voices I can hear.

“She’s stopped squirming,” they’re probably squeaking. “Lobotomising her now will be a piece of cake.”

But that can’t be what’s happening.

Whether or not I’m squirming as much as I should be, I’m still exhausted. I can’t remember the last time I slept through the night. Weeks ago. Months. Tomorrow night will be the same as the this one and the last one and the one before that. Maybe at some point it will end. My brain will be sucked out through my ears and that will be that. No one will know what happened to me. They’ll do tests but they won’t find any clues.

“She was always kind of strange,” someone will say and everyone else will nod like that explains it.

Maybe trying to live in my body is like trying to set up home in the Jornada del Muerto and it’s about time I just accepted that.

Hang on. Didn’t I already say I have accepted that?

In the blackness, I try to remain calm. I know when morning comes I’ll escape my straitjacket. But where does all that darkness that I feel in me during the night go when I wake up? Is it leaking out into the world? And, if so, does that mean it’s getting bigger? Stronger? Will I be eaten up by it? And if it’s emanating from me in the first place, what does that say about who I am?

I don’t think I want to know.