Faint December 15: A Place For My Head 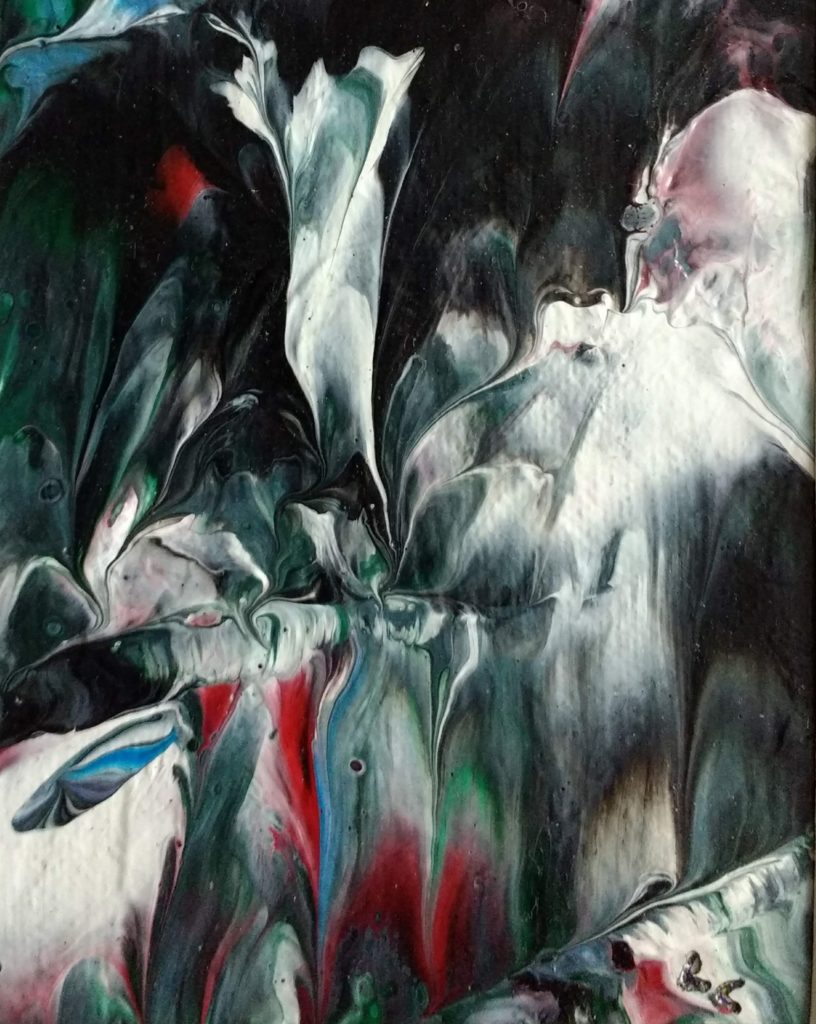 Chapter 15: A Place For My Head

On Friday morning, I’m in a tizz. I pretend it’s because my hair won’t go how I want it to (when does it ever?) and then because I haven’t done enough revision for our fortnightly Maths test (even though I know I have). Really, it’s because the Faint December tickets go on sale at 9am and I know that I’m not getting any. My tizz has become a strop by the time I head to the bus stop. I’m already imagining an empty seat where Amber usually is. Amber’s parents leave the house before her in the morning, so she could easily stay home, ready to log onto the ticket site, ready to pounce on tickets for the show. I imagine her sitting on her bed, phone poised. There’s no way she can miss this chance to see the band we’ve been dying to see for so long.

I put my headphones on and Faint December’s heaviest track surges into my ears. It’s a fitting soundtrack and I nod my head purposefully in time to each thump of the bass drum. The lyrics move fast, tearing away as if they’re trying to define something that will not stay still. I’m furious with Amber. She said she wouldn’t go to the concert without me. This heavy track is one of our favourite songs. I hope they don’t even play it. That will show her.

As I stomp towards the bus stop, I feel something happening. I’m changing. I’m calming down. The music is working on me like medicine. The girl who’s so angry with her best friend for no reason at all begins to fragment. As Faint December’s lyrics flow into my blood like an antidote, I become stronger. By the time the bus comes around the bend, the resentment I was feeling is back in its box. I prepare myself for the sight of Amber’s empty seat and promise myself I won’t be upset. I definitely won’t cry. Not again. There was a time, after Dad died, where my tears were acceptable. But that time has run out. The same girls who actually tried to befriend me in the weeks after Dad’s death would now tut if they saw me blubbing. I don’t care. I’m not a fan of criers. But I do think it’s crazy how short the socially acceptable period of mourning seems to be. For those girls who offered me a friendship they’d never thought of sharing with me before, I became temporarily cool when Dad died. But that temporary cool ran out when everyone – except me – got used to the fact that I now had one parent less. The reality that had at first shocked them into a kind of awe disappeared when they realised I was still just me. Whatever. I have no desire whatsoever to shed a tear. I won’t allow the vacant spot where Amber usually sits to get me that upset. I’m prepared. As long as no other numbskull has taken my spot, I’ll be fine.

The bus pulls in and I take a deep breath. I flash my bus pass over the electronic reader. I look towards my seat. My usual space is free, and sitting right next to it is Amber. Her dark red hair is swept away from her face so that the whole length of it falls over one side of her head. She has the greenest eyes and they are aimed in my direction. Her eyes glow so brightly, you wouldn’t be surprised if they showed up in the dark. They don’t – I’ve checked – but that’s not the point. There she is, like she always is. There for me when I need her. I wrinkle my nose at her and she wrinkles her nose back.

“You know tickets go on sale in, like, less than an hour,” I say, checking the time on my phone.

“You’re serious?” I ask, but I already know she is.

Somehow, I’d wound myself up to the point where I couldn’t even believe that Faithful Forever Amber was going to do what she said. I need to have some serious words with myself.

I rest my head on Amber’s shoulder.

I close my eyes and smile. We’ve watched Titanic a zillion times and quotes from the film pepper our experiences together. I take hold of my headphones again and put one in my right ear. I give the other to Amber and she puts it in her left. As I listen to Ben Chester’s voice, I think about everything Amber’s done for me. When Dad died, it meant me struggling to complete homework, me not going shopping, me not giving enough time to the problems Amber had going on in her own life. Amber, though, remained unfailingly at my side. If my homework took forever, it took forever for her too. If I couldn’t go shopping, then Amber couldn’t go shopping either. When I needed a place for my head, she was there for me exactly as she’s here for me now.