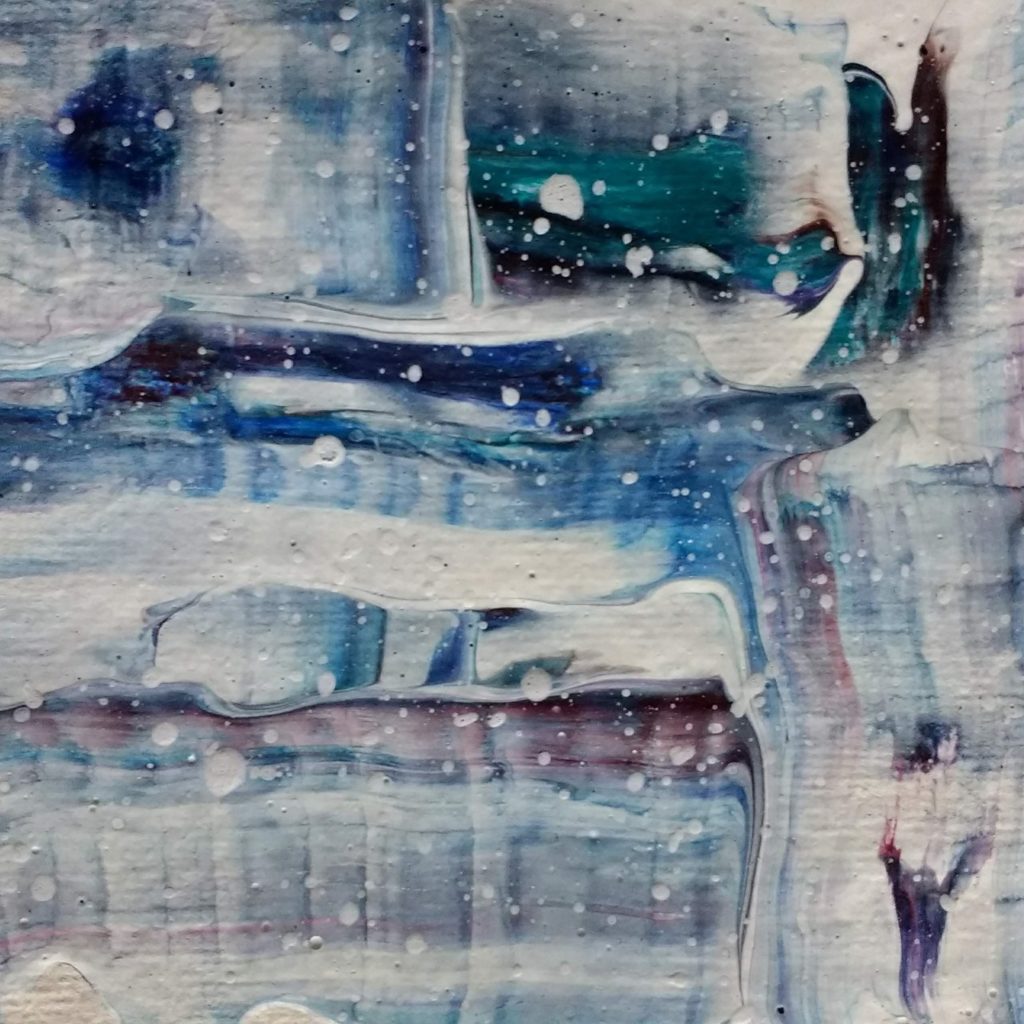 I hide away in my favourite shop, White Noise Records. None of the people I would rather avoid ever come in here. I download or stream most of my music for free but it doesn’t stop me from wishing I had a room full of records and CDs. And I know I sound like a colossal hypocrite but I really do believe that if you love a band you should pay them for their art. I’ve read interviews with musicians who have to work three jobs to cover their recording costs. Then, when they eventually get some music out into the world, people like me just take it without even saying thanks.

Okay, that’s it, I’ve guilt-tripped myself. The truth is, I do have forty pounds saved up and, if I could have, I would have spent it on a Faint December ticket. It’s only right that I now spend that money on something related to the band. The decision gives me a thrill. I’m going to buy something.

My browsing becomes more purposeful. I check the time. Suddenly, I don’t want Mum to finish work, I want to stay here, savouring this search for a new record. I flick through the five Faint December albums: We Dissolve; I Set My Life On Fire; Like Brothers; We Weren’t Quite Human; Corey Haim. Which one should I get? I glance around. It’s the same guy as always behind the counter. I’m not sure he’s even noticed I’m in the shop. He’s certainly never acknowledged my presence before which I guess is kind of insulting. He doesn’t say one word to me when I take Corey Haim to the counter. Maybe he’s in shock due to the fact that I’m actually buying something. I pass him my debit card but still he hardly looks up. He’s wearing a snot-green cardigan over a T-shirt with Hash Pipe written on it.

As I exit the shop, I pause outside on the doorstep. I reach into my White Noise bag and pull the Faint December record out. I stare at the picture of the boy and girl on the front, the boy and the rest of the world in black and white, only the girl in sharp colour. The solidness of it makes more sense than its digital alternative. The fact that it’s been made, then packaged, then sent out into the world – I think that’s so cool. It feels like this album really represents the effort it takes to make an artistic statement and then to let that statement loose. It feels like the band’s music has been posted to me, that this particular recording of it is here for only me. That feeling of being alone with a song is never quite as complete when you’re tuning into a link that any person in the world with access to the web can link into too.

I have to get my skates on. I’m going to be late to meet Mum. She works a few streets away from the main road. No one from school ventures this far off the thoroughfare so I’m pretty safe. I have a chocolate milkshake and she has vanilla. I drink mine really quickly. I want to make it last but I can’t help myself; it’s so delicious and I pretty much inhale it. No wonder no boy will go out with me – I’m a gannet. Not that I’m going to let it worry me. I’m getting used to this feeling that everything feels as bad as it does good. So, yeah, the milkshake’s so yum it literally makes me tingle, but it also makes me feel so desperate about my own future that I’d struggle to breathe if I wasn’t so used to just keeping going. It’s like the record I’ve bought. The reality of having it to touch, and to look at, whenever I want almost takes my breath away but, on the flipside, I’m now nearly twenty pounds poorer and what about all the people in the world who need that twenty pounds for food or for water or for medicine? Everything is equally amazing and awful. It’s difficult to cope.

“How was school?” Mum asks when I’ve finished slurping the dregs of my milkshake.

My gran established a rule long, long ago that Josh and I are allowed to have three slurps when we reach the end of a drink. Any more than that and the noise of us trying to suck out the last of the residue milkshake would become unacceptable. At fifteen years of age, I still follow the same rule. Again, it’s no wonder no one asks me to go on dates.

“Did you talk to Josh at all?”

I shake my head. I know how much Mum wants to have a closer relationship with my brother. I can see the anxiety in her eyes. She’s always trying to think of ways to show him how much she cares without stepping on his toes. It’s tricky. I mean, that boy has got seriously large feet. I watch as Mum takes a sip of vanilla milkshake. As always, I wish I hadn’t tipped mine down my throat all in one go.

When I get home, I position Corey Haim alongside my few other records. Not that I can play it. I don’t have a record player. Dad’s got broken long ago in one of his rare but bewildering furies.

Later in bed, I lie awake with my headphones on. I think again about the effort involved in getting music out of someone’s brain and onto vinyl. The physicality of a record seems significant to me, it properly represents the band’s slog. But as I listen to the tracks streaming on my phone in random order, I start to think there’s something significant about the digital process too. It’s like the songs are floating about in a form that more realistically represents – in the case of bands like Faint December at least – the people who made them. The vinyl record pins these bands’ feelings to the world in a way that does not actually match the sense of dislocation they feel, and the idea of their songs floating around the internet is in some ways more fitting. At their heart, these bands are lost and the fact that their songs are haphazardly floating around in cyberspace seems to symbolise that. Or at least it does to me. In the middle of the night. When I’m all alone and totally lost myself.